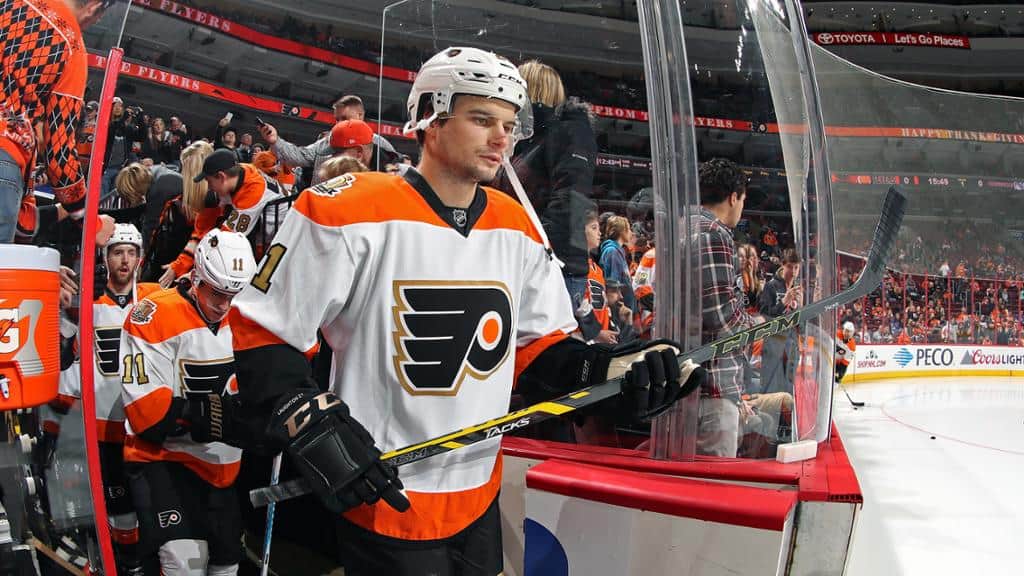 Oakville’s Scott Laughton is staying put with the Philadelphia Flyers after signing a five-year, $15 million contract extension on Monday.

The 26-year-old centre, who is in the final year of a two-year $2.3 million deal and could have been moved during today’s NHL trade deadline, will receive an average $3M each year over the length of his new contract.

Laughton, who has increased his scoring totals over the last three years, has wracked up 51 goals and 72 assists for 198 points in 359 career games over parts of eight seasons.

He has seven goals and 10 assists for 17 points in 38 games with Philadelphia this season.

In 2019-20, the veteran won both the Pelle Lindbergh Memorial Trophy as the Most Improved Flyer and the Yanick Dupre “Classy Guy” Memorial Award.