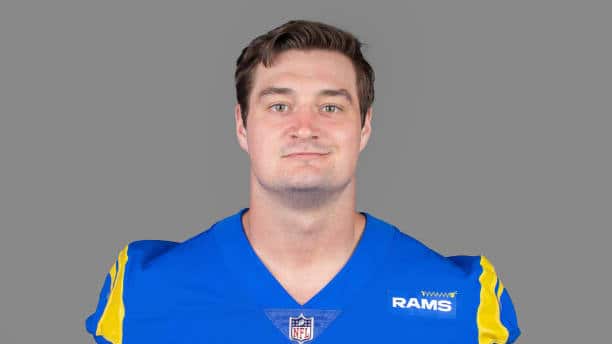 Oakville-born Michael Hoecht is a Super Bowl champion after the defensive tackle and the Los Angeles Rams defeated the Cincinnati Bengals in Los Angeles on Sunday. LOS ANGELES RAMS PHOTO

Hoecht and Rams teammate Alaric Jackson, a native of Windsor, are now two of just 14 Canadians to have ever won an NFL title. Only 26 Canadians have ever played in the big game.

Hoecht was born in Oakville, but would move to Dayton, Ohio with his family when he was just four years old.

He would move back to Ontario in his teen years, attending high school for two years in Stittsville. His family would head back to Ohio, where he completed high school at Oakwood High School.

The 24-year-old would have an impressive career at Brown University before signing with the Rams as undrafted free agent in 2020. He spent his rookie season on the practice squad.

Hoecht play his way onto the active roster this season and dressed for every game, getting into a defensive line rotation that included the likes of future Hall of Famers Aaron Donald and Von Miller.

He would make five tackles in the regular season and added two more against the Arizona Cardinals in the postseason.

The Oakville-born defensive lineman was a second-round selection, 10 overall, of the Ottawa Redblacks in the 2020 Canadian Football League Draft.