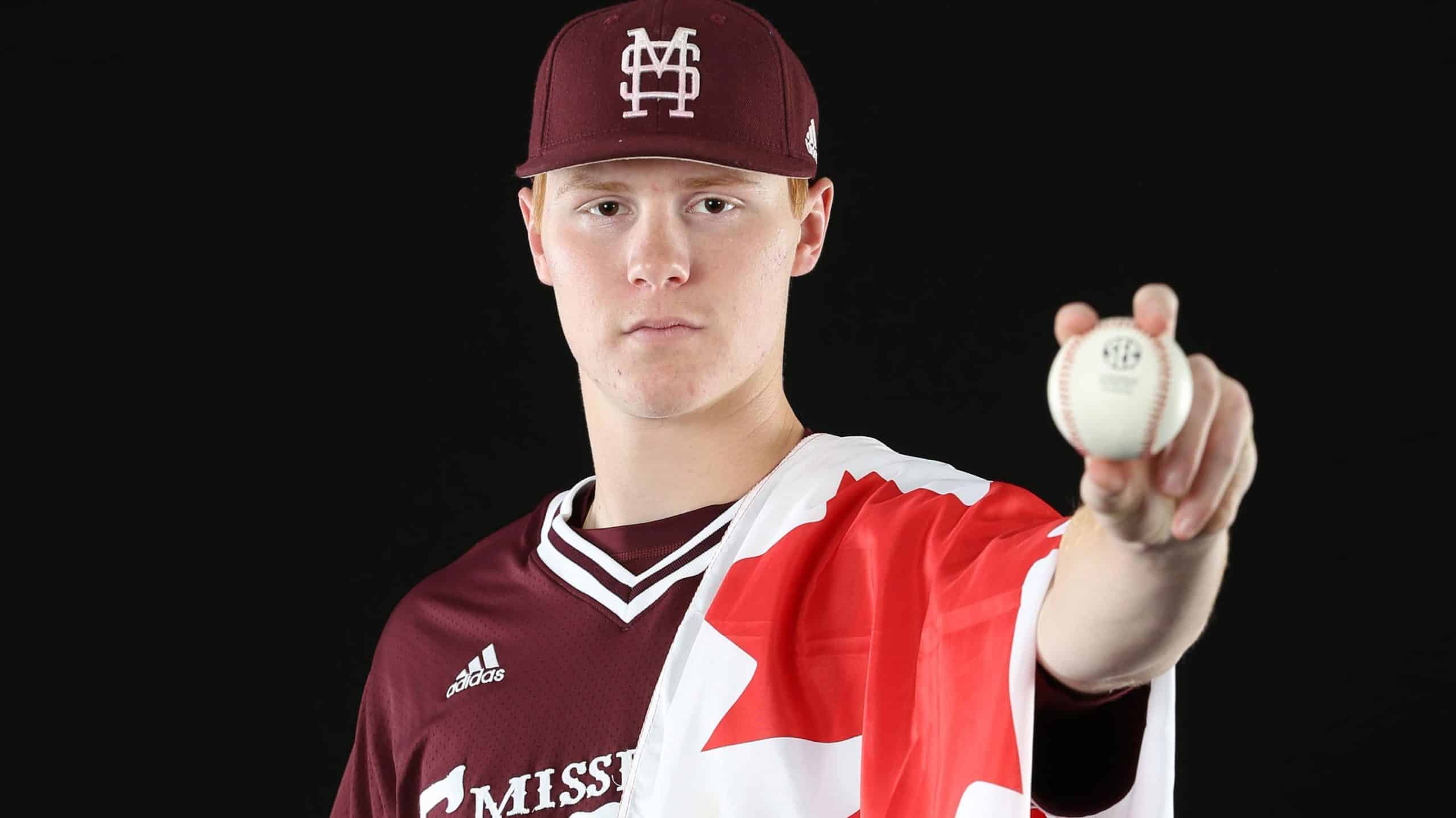 Oakville’s Eric Cerantola will be on the mound at this year’s College World Series.

Mississippi State opened the season with an 8-3 win over Texas back on Feb. 20th.

This marks the third consecutive trip for Cerantola and the “Diamond Dawgs” to TD Ameritrade Park, which is the longest current streak in college baseball.

Mississippi State advanced to the tournament with a win over Notre Dame. It was the Bulldogs fifth-straight super regional appearance and they did it in front of 40,140 fans over last weekend, setting an NCAA record for an on-campus three-game series.

Cerantola was selected by the Tampa Bay Rays in the 30th round of the 2018 MLB Draft.

A multi-sport talented athlete, the six-foot-five, 222-pound junior right-handed pitcher was also selected by the Owen Sound Attack in the eighth round of the 2016 OHL Priority Selection.

He made four starts in his 2020 sophomore season, ranking second among pitchers with a 3.18 ERA and his four starts tied him with the team lead.

Cerantola, who is studying management at Mississippi State, was also a member of the Canadian National U18 team that placed fourth at the 2018 World Championships.

The NCAA tournament is split into two double-elimination brackets with the bracket winners meeting in a best-of-three final.