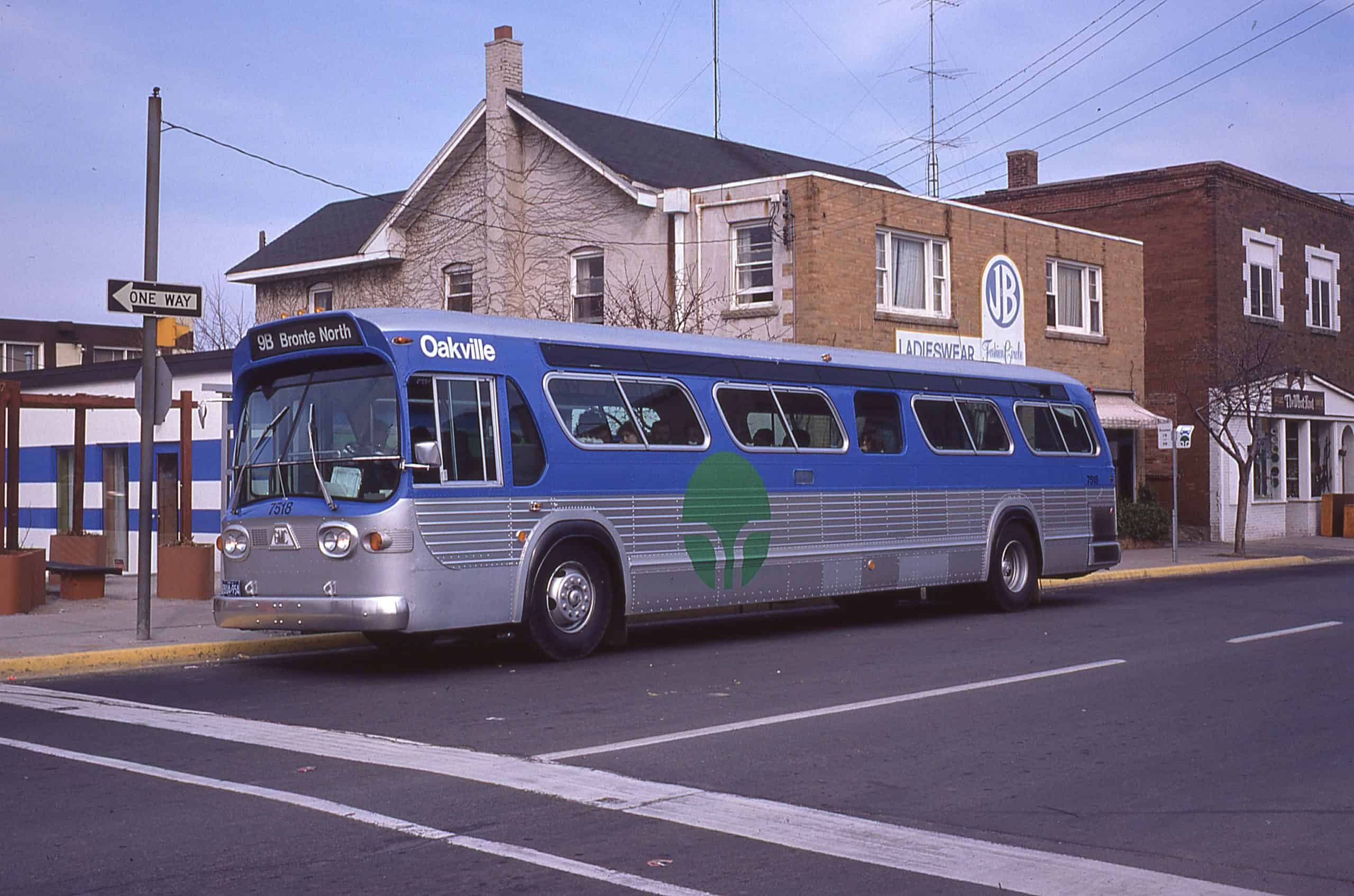 The day it was officially introduced on Sept. 5, 1972, Oakville Transit launched with 10 buses, plus an additional 11-passenger Ford Econoline, and 31 newly hired drivers heading out on five routes.

“Oakville Transit has played an integral role in shaping our community over the last 50 years, helping people get to where they need to be as they explore, live and work in our incredible town and neighbouring cities,” said Oakville Mayor Rob Burton.

Oakville had around 62,000 residents when Oakville Transit first hit the roads and the town’s population has grown to over 228,539 today.

Oakville Transit’s initial service focused on a downtown terminal at Church and Dunn Streets, then moved to emphasize service to the Oakville GO Station.

While Oakville Transit initially operated solely within the Town of Oakville, service to its neighbouring communities expanded over the decades.

It now has 220 employees, including 150 bus drivers, who operate out of a “state-of-the-art” facility located on Wyecroft Rd.

“Oakville has grown significantly over the past five decades, and Oakville Transit has evolved accordingly to meet the changing needs of customers, while supporting council’s strategic priorities,” added Burton.

“To our dedicated transit staff, thank you for your ongoing contributions to creating a livable Oakville. Congratulations on this wonderful milestone.”

Here are other notable accomplishments and features of Oakville Transit: