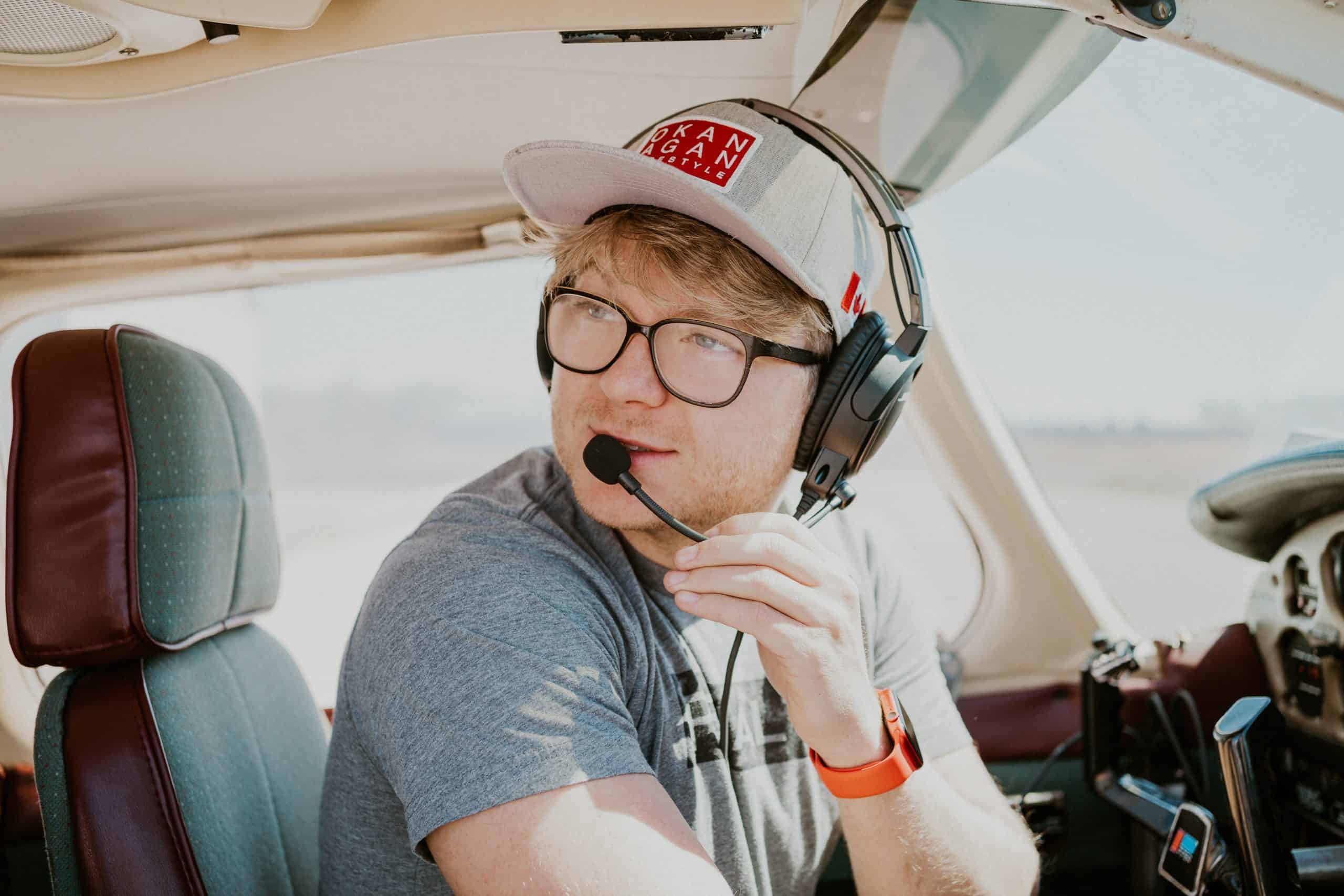 Oakville pilot Callum Wallace's Flight for Hope is set to take off in May of 2023. He hopes to raise $1 million in support of Home Suite Hope's affordable housing campaign. SUBMITTED PHOTO

The local realtor admits he’s not beyond taking off in his small single-engine aircraft and heading north from the Burlington Executive Airport for a $100 hamburger.

The burger run is a favourite among small-engine aircraft pilots looking for a reason to get up in the air even if the burger is just $10 and most of the cost comes in the $90 price tag for fuel.

“You just fly up to get a hamburger on weekends and go sightseeing around Toronto,” said Wallace, who first wrote off getting his pilot’s licence because he was red-green colour blind.

Still, while the short scenic trip for a $100 hamburger is something fun to do on a weekend, Wallace wants to do more with the pilot’s licence he’s had to work his way through several obstacles to attain.

And by more, Wallace means challenging himself to the World Flight.

He plans to fly his V35B Beechcraft Bonanza single engine piston aircraft around the world and become, what he says, is just the fourth Canadian and one of 140 pilots in the world to ever solo circum navigated the world in a small single-engine airplane.

Wallace is also going a great length to help a worthy cause. His Flight for Hope, which is set to take off in May of 2023, will help raise what he hopes is $1 million in support of Home Suite Hope’s affordable housing campaign.

“(Flying) is my hobby and I love it so much. After doing all that (to get my licence), I decided I wanted to do something with it rather than just go for the $100 hamburger,” said the 27-year-old who will take some three months to complete the 45,000 kilometre trip around the world.

Wallace will spend some 200 hours in the air alone.

“There’s only been about three Canadians that have done that, so I set the goal to do something good for other people,” he said. “I see it as knocking something off the personal bucket list, tackling a challenge and thirdly it’s a way to spread awareness.”

None of this likely would have been even possible had Wallace not come across a pilot making a commercial real estate deal one day.

The Engel & Völkers Oakville real estate advisor had long had his sights set on becoming a pilot.

“I would have been a pilot straight out of high school, no doubt about it,” he said. “I always loved flying.”

But with his red-green colour blindness, he was told there was no chance he could get a pilot’s licence.

“They told me ‘You’re colour blind. You won’t get medical (clearance), just write it off,'” he recalled.

Wallace thought his dream was out of reach and he put it behind him, finding a job he loves in real estate. That wasn’t until that commercial real estate deal. The pilot told Wallace there was a special test he could take and if he passed it Transport Canada would approve him.

He searched six months for a doctor who could do the rare test and found a professor at Waterloo University. He passed and right away signed for flight school at the Burlington Airport. He did his first flight and then COVID-19 struck.

“When they lifted restriction I started flying every day at school and got my licence and then went on to get further licences for more advanced ratings,” said Wallace who used his down time during the pandemic to put in the 200-300 hours of book study required to get his pilot’s licence.

Wallace said he’s spent the last 14 months putting together the logistics for his flight.

While most of his trip will be over water, his plans will see him fly east from Canada with stops in 26 countries while crossing Europe, Africa, Asia and even touch down on a tiny island coming off the Pacific from Australia.

Wallace’s plane flies on avgas, which “isn’t available in a lot of places” and he simply doesn’t have the range to carry on.

“They have a gravel strip and I have to ship two barrels of fuel on a boat a month ahead of time so I can get there and fill up my plane and make it to Hawaii from there,” he said.

Wallace is hoping to get the trip done in two-and-a-half months, but he doesn’t expect it.

“There’s always weather delays and any maintenance things can come up and can throw a wrench into stuff,” he said.

Wallace will remove the back two seats from his four-seat plane to make room for another fuel tank. He will also be attaching wingtip tanks.

These added fuel tanks will bring his range to 16 or 17 hours in the air.

“The biggest challenge is planes like these are not made to go distances,” said Wallace, who of course will also have to keep an eye on weather conditions during his trip around the world.

His longest leg is flying from Hawaii to California which takes about 15 hours with no wind conditions.

“Hopefully we’ll be looking for a wind-tail day and bring it down to 13 or 14 hours,” he said.

Wallace will also be putting in a top of the line navigation system that will see the plane fly itself when it gets up in the air.

“Which will be a huge help when flying solo,” he said.

Wallace says the decision to support Home Suite Hope’s affordable housing campaign was an easy one. He came across them while selling real estate.

The charity services the Halton Region, helping to support single-parent families as they transition from homelessness to stability and self-sufficiency.

While helping builders buy property, often the bungalows would sit empty while they were pursuing permits to build. They would help put a family needing a home in the empty house.

“Obviously affordable housing is a problem right now, even for people that make an average salary,” Wallace said. “Rents are so high that you’re not able to save any money and make a down payment. Even if you are the prices are going up so fast you’re not going to catch it.

“I’ve seen it firsthand, even with my friends and I’m trying to help them.”

While his goal is a lofty one, Wallace believes he will hit it. He’s had help from his father, who is a businessman himself, in his effort to raise money and build connections.

“Most of the money of the million dollars I am looking to raise, $800,000 of it will come from sponsors,” he said.

The rest, he says, is what he needs to raise from the public.

“My goal at the end of the flight is to hand them a check for a $1 million bucks. Wallace said.

He’s already got several big events planned to raise money, including in New Zealand and California.

“It’s a worldwide thing, even though the money is going to end up in Oakville,” he said.

It’s a lot of work, but for Wallace his trip around the world will not only allow to do something he’s dreamed about, but help make a difference in other people’s lives.

“It’s intense, but well planned,” he said of it all.

He hopes other realtors or anybody else will take notice what he is doing.

“I hope to encourage other people to give back,” he said. 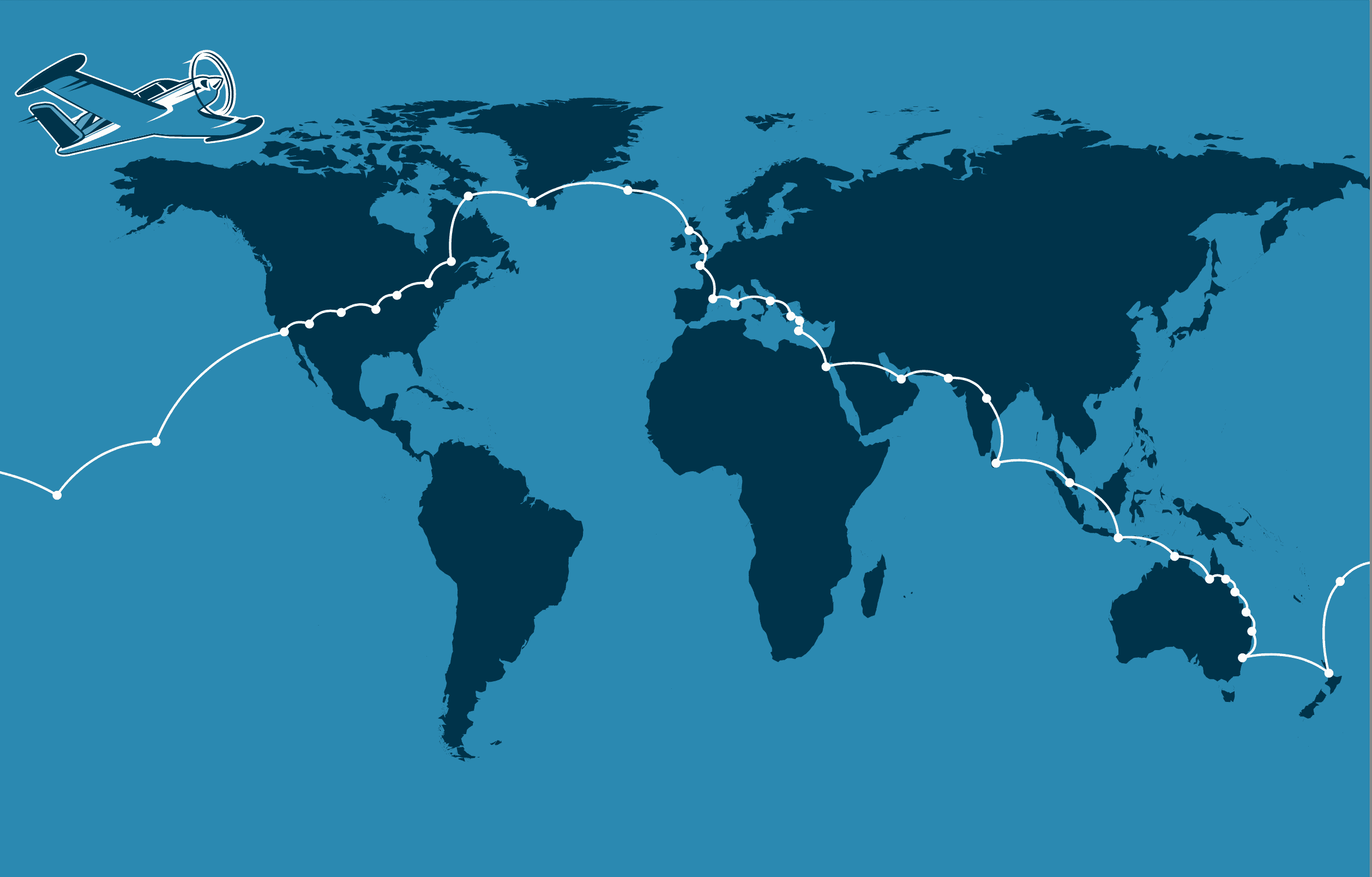