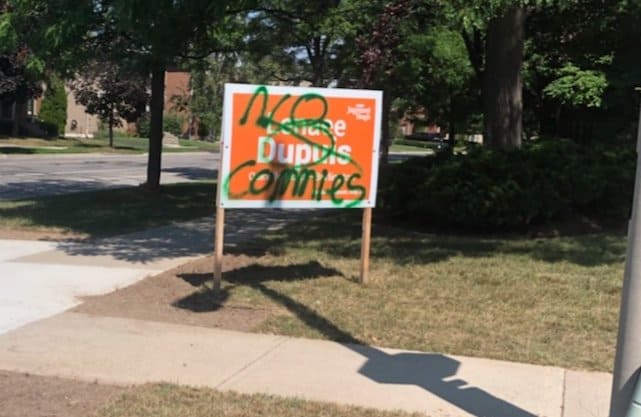 Located on residential property in Oakville, the federal candidate’s signs had “No commies” written in large green letters over the mainly orange background.

Dupuis added that here commitment to the people of her riding is to pledge to have a positive campaign.

She then tweeted out a quote from former NDP federal leader Jack Layton on the 10-year anniversary of his death.

Hamilton Tiger-Cats hit midpoint of season above .500 after Rolle-ing by Redblacks