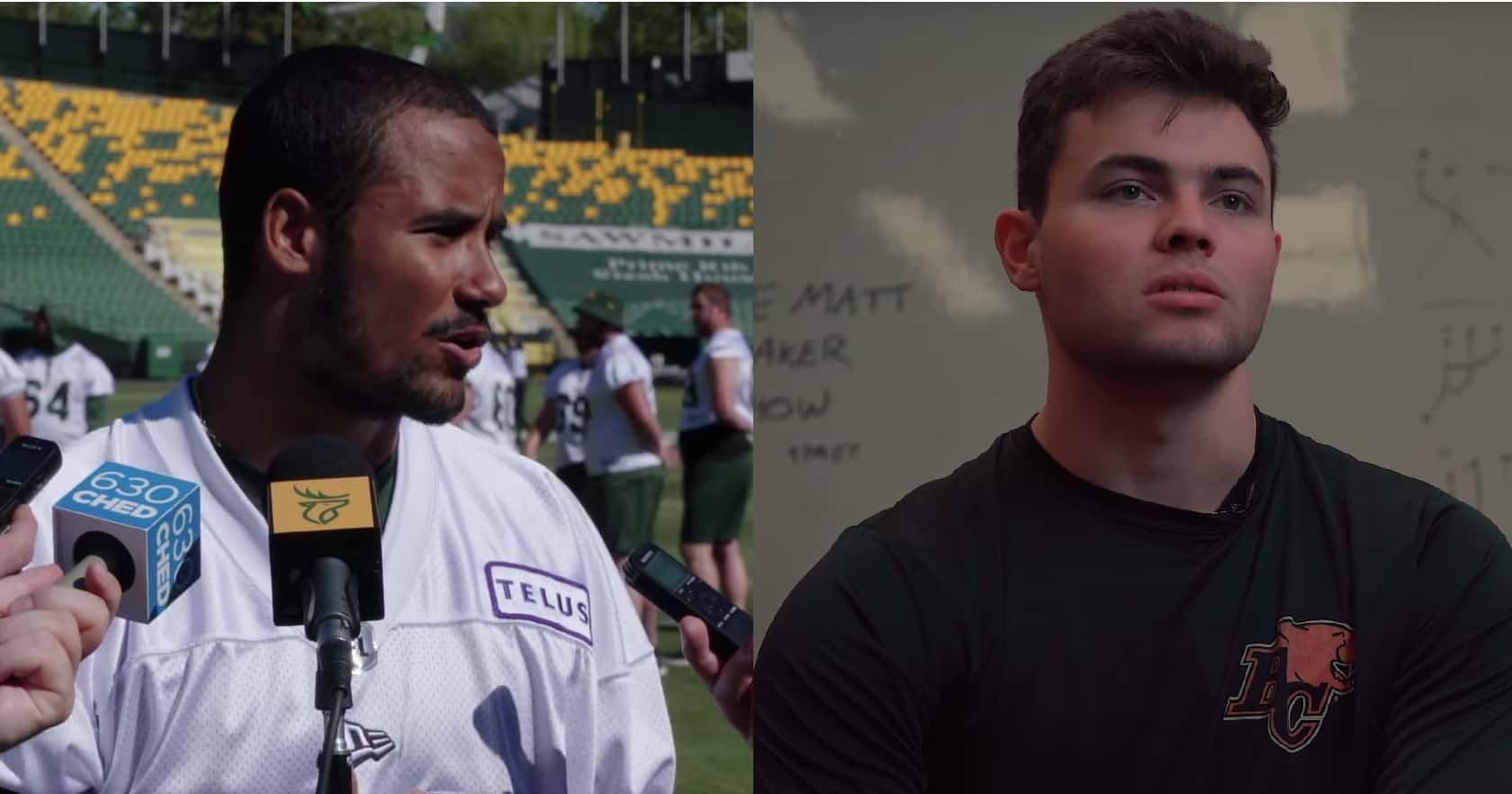 Nathan Rourke is taking the league by fire and Tre Ford might be getting his baptism by fire. Together that adds up to Canadian quarterback history — on Canada Day weekend, no less.

Rourke, an Oakville native whose football path went through the Burlington Stampeders and Holy Trinity high school, has been the story of the first month of the Canadian Football League season with his hot start behind centre for the British Columbia Lions. On Thursday, the Edmonton Elks listed Ford, the 24-year-old rookie from Niagara Falls, as their starting QB for an away game against the Hamilton Tiger-Cats on Friday night (7:30 p.m., TSN/RDS/Ticats Audio Network).

Ford was listed as a backup, at both quarterback and wide receiver, during the first three weeks of the season. If Ford takes the snap for the Elks’ first offensive play tomorrow, it would mark the first time in 40 years that two Canadian quarterbacks have started CFL games during the same week.

The last time two Canadian QBs started in the same week occurred on September 11 & 12, 1982. Gerry Dattilio for Calgary against Winnipeg and Luc Tousignant for Montreal versus Saskatchewan. #CFL

The less developed infrastructure of amateur, high school and college football in Canada compared to the United States is one systemic factor in the lack of Canadians playing the glamour position on the gridiron. The CFL’s rules also require teams to have a certain number of Canadian starters and Canadian players, but no such rule applies to quarterbacks.

Rourke made one start as a rookie last season in B.C. while backing up veteran Mike Reilly, who has since retired. The 24-year-old has helped B.C. (3-0) put up a league-most 45.7 points per game. Rourke leads the league in passing yards (1,077), yards per pass (10.7) and touchdown passes (nine, against two interceptions), and rushing yards by a quarterback. His passing tally also includes a Canadian-quarterback record 436 yards against the Toronto Argonauts on June 25.

Rourke is also the second-leading rusher with 180 yards, including a 50-yard scoot for a touchdown in Ottawa on Thursday night.

Ford, an alum of Saint Michael Catholic High School, is adapting to the pro game after four superb seasons with the Waterloo Warriors in Ontario University Athletics. In his final year at Waterloo, Ford won the Hec Crighton Trophy as Canadian university football player of the year, and also won the Doug and Lois Mitchell Trophy as the top male athlete in U Sports. (Ford was also a sprinter on Waterloo’s track-and-field team.)

Through three weeks, he has only attempted three passes for the Elks, completing one for eight yards. His first CFL pass during his debut on June 11 was intercepted.

However, Ford has already become the highest quarterback taken in the first round of the CFL Canadian draft in over 40 years. He was chosen No. 8 overall by Edmonton, which is topped only by Sheldon Paris going No. 7 to Calgary back in 1980.

Rourke has also been a national player of the year. During his days with the Ohio Bobcats, he won the Jon Cornish Trophy, which goes to the top Canadian player in U.S. college football, back-to-back in 2017 and ’18.

Ticats get Revenberg back on the line

The Tiger-Cats will have three new starters on their offensive line when they face Edmonton in a basement battle of 0-3 teams.

Guards Brandon Revenberg, an all-star on the left side, and Coulter Woodmansey have both come off the injured list to start. Recently acquired Colin Kelly has drawn in at left tackle, protecting the blind side of QB Dane Evans.

Centre Myles Gibbon and right tackle Chris Van Zeyl are the only big bodies in the same spots as last week, when the Tiger-Cats lost 26-12 at Winnipeg.