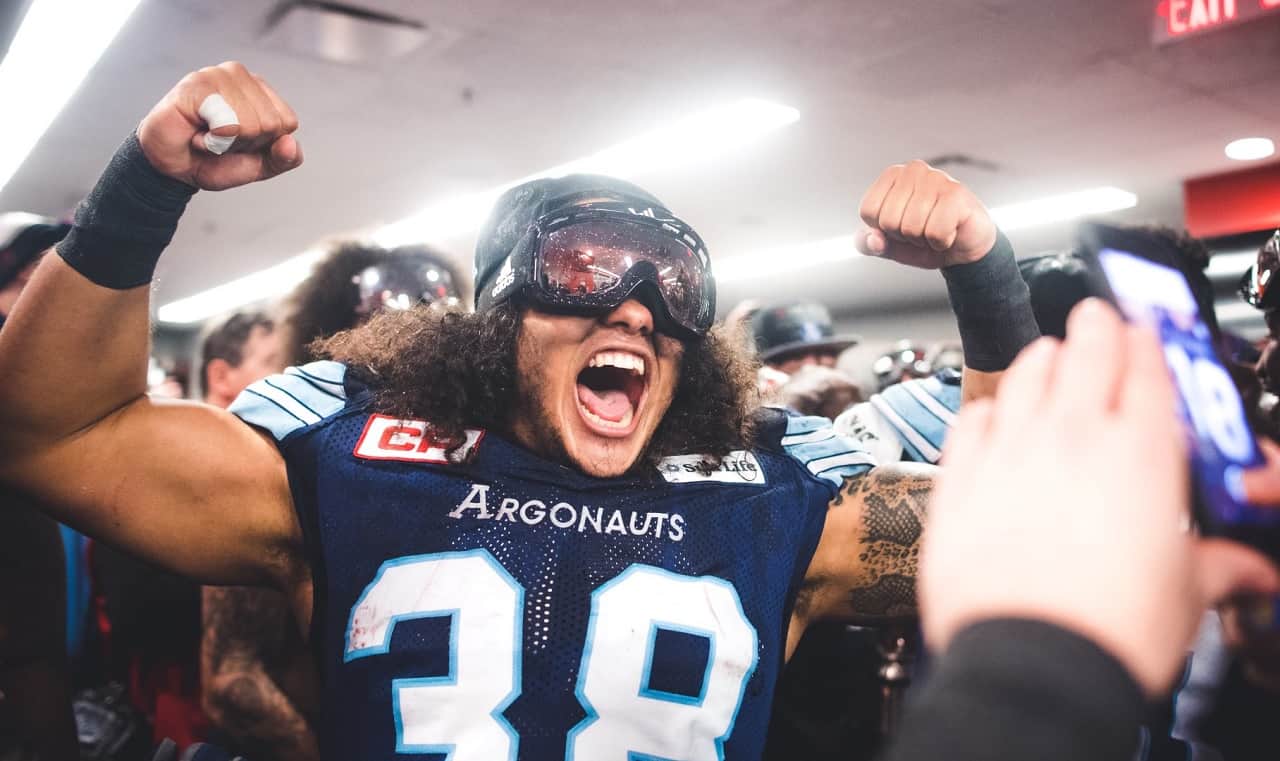 Oakville native Declan Cross is leaving pro football on top before he moves Down Under.

The Toronto Argonauts announced Monday that Cross, a fullback/H-back who was their longest-tenured player and a special teams captain, was retiring after six seasons in Double Blue with the CFL team. Cross, who developed as a football player with the Burlington Stampeders and the Holy Trinity Titans high school team before maturing further with the McMaster Marauders, helped Toronto win the Grey Cup both last season and in 2017.

In 2018, Cross was also Toronto’s nominee for the Jake Gaudaur Veteran’s Trophy, given to a player that best demonstrates the attributes of Canada’s veterans.

“Declan arrived as a relatively unknown draft pick and leaves as a two-time champion and fan favourite,” Argonauts general manager Michael Clemons said in a statement.

“He definitively exemplifies what it means to be an Argonaut: a fearless competitor on the field and a selfless contributor in the community. Whatever opportunities await him in the future, you can be certain he will attack them with the unequalled level of passion he brought to our family each and every day. While he’s announcing his retirement, he’ll always be an Argonaut.”

Multiple reports said Cross, 29, recently married an Australian and is moving to that nation.

Cross entered the CFL as Toronto’s fourth-round pick in 2016 out of McMaster, proving himself someone who could do the grunt work of blocking and playing special teams while also contributing in the passing phase thanks to his soft hands.

With the Argonauts, he suited up for 92 regular-season games, three East Division Finals and two Grey Cups. Over his career, he had 83 receptions for 740 yards and seven touchdowns. In the 2017 Grey Cup, when Toronto upset the Calgary Stampeders 27-24 in a snowstorm in Ottawa, Cross scored two two-point converts.

Cross first put on the pads as an 11-year-old in the Stampeders program. He played for coach Joe Moscato at Holy Trinity, whose football alumni also include B.C. Lions quarterback Nathan Rourke.

As a pro, Cross was known to return to Holy Trinity to give advice and encouragement to young athletes who are also trying to find out how far they can take their talents.