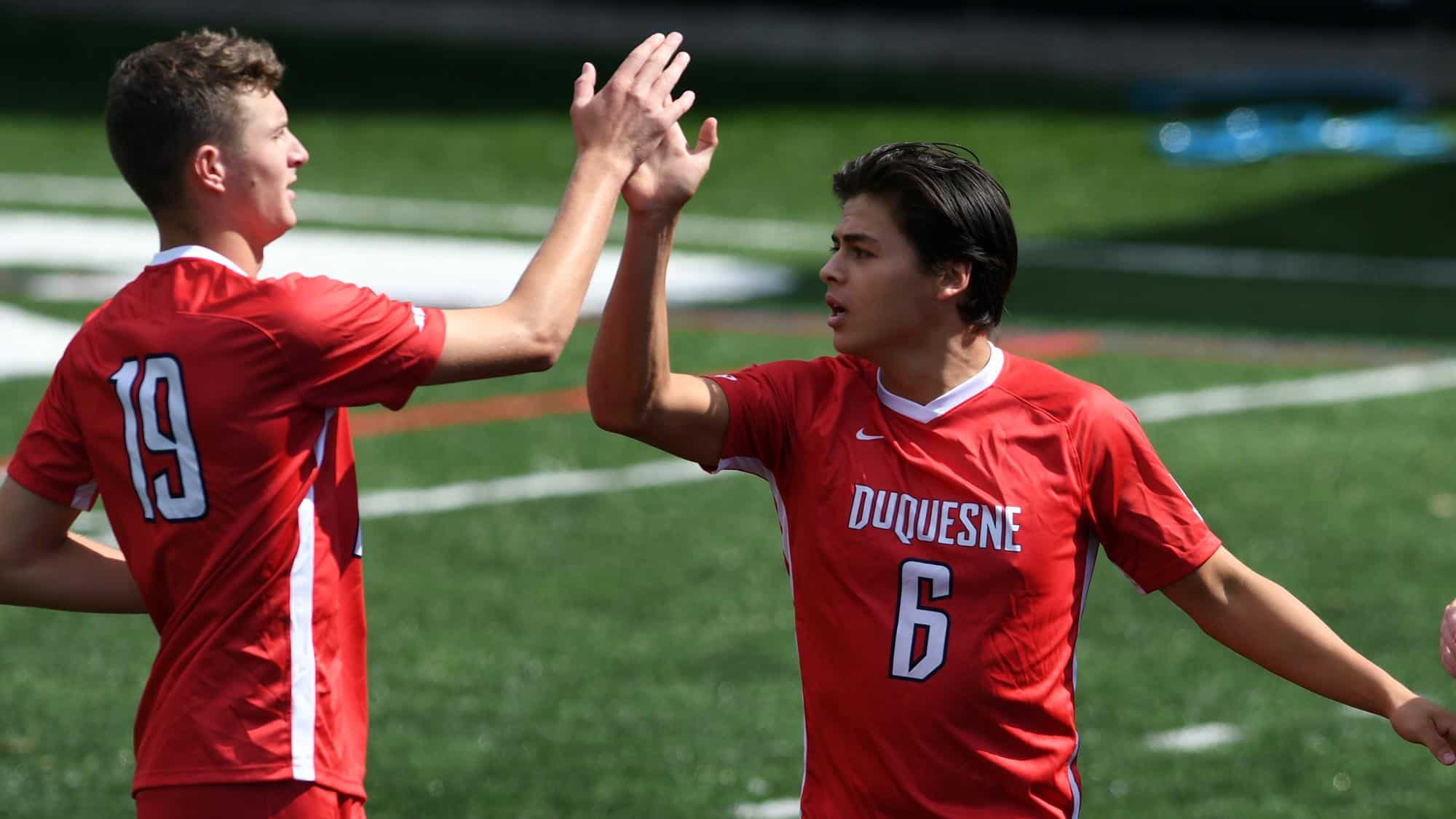 The star centre-back with the defending NCAA National Champions Marshall men’s soccer team is also one of the main reasons the top-ranked university team has been unanimously selected as the Conference USA Preseason favorite, the league office announced Monday.

Dossantos’ importance to the Thundering Herd backfield this season is also being highlighted by the league.

The Garth Webb Secondary School graduate, who became an immediate star on the back line for Marshall after transferring in 2019 from Duquesne University in Pittsburgh, was named as the Preseason Defensive Player of the Year.

Dossantos helped lead the defensive effort that resulted in just eight goals allowed and only 34 shots on goal over 18 matches. Marshall led the nation with 11 shutouts a year ago. Dossantos contributions last season didn’t go unnoticed.

The 22-year old senior was a three-time C-USA Defensive Player of the Week and a First Team All-Conference player. He was also named to the NCAA All-Tournament Team and a United Soccer Coaches Scholar All-America Second Team selection.

Dossantos says he transferred to Marshall because of the coaching staff led by head coach Chris Grassie.

“Here, I have the opportunity to train with some of the best players in the country and work with a great coaching staff,” the star back said on the school’s website.

The preseason polls are voted on by the league’s nine head coaches. Marshall, which has won back-to-back C-USA Championships in 2019 and 2020, received all nine votes for the top spot.

The Thundering Herd opens the 2021 season on the road at the Fairfield by Marriott Invitational hosted by No. 21 James Madison in Harrisonburg, Va. Marshall plays JMU on Thursday, Aug. 26 at 7:30 p.m.

They will host Coastal Carolina in their home opener on Saturday Sept. 4.