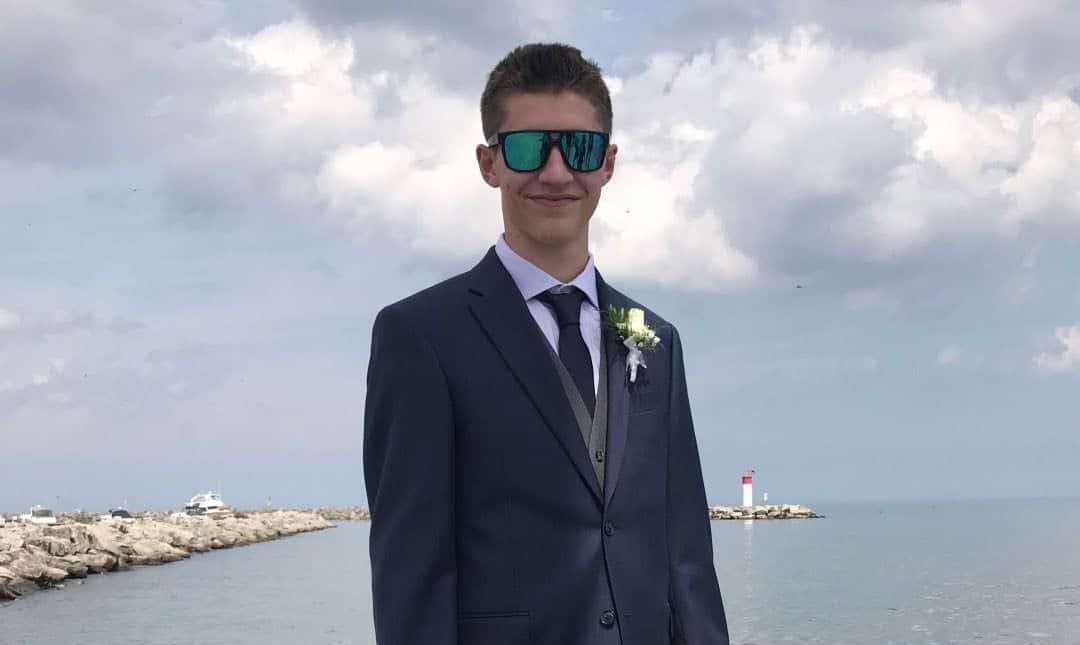 Noah Ferrusi is being remembered as someone who was kind, compassionate, tenacious, funny, goofy, and generous. FACEBOOK IMAGE

A 20-year-old Oakville man who died in a crash last Friday on the QEW in Stoney Creek is being remembered as someone who was “the most special human being.”

Family and friends continue to mourn the loss of Noah Ferrusi, who died in a fatal collision with a transport truck last Friday morning (Oct.29).

“Noah was the most special human being, and we struggle with what our world will look like without him in it,” his family said in an online obituary. “He was kind, he was compassionate, he was tenacious, he was funny and goofy, and he was generous.

“Those closest to him would say that he loved to make other people happy and would go out of his way to achieve that. He made his family so proud every day just for being him.”

Ferrusi grew up surrounded by a very close-knit extended family on both his mother’s and father’s side. Family meant everything to him, read the tribute.

“Our hearts are broken, and we are absolutely devastated at the sudden passing of our beloved son, brother, grandson, nephew, cousin, uncle and friend, Noah Ferrusi,” the online obituary said.

The graduate of St. Ignatius of Loyola High School was “tremendously hard-working,” earning his first job at McDonalds at the age of 15.

While he would begin a full-time electrical apprenticeship with Cro-Tech after high school, he continued to work as a manager at McDonalds during weeknights and weekends.

Away from work, he loved the outdoors, spending time snowboarding, riding an ATV or Sea-Doo and wakeboarding behind his dad’s boat.

“He had recently developed a love of loud Hawaiian shirts which made us laugh because of the sharp contrast to his quiet nature,” the family said in the obituary.

In a video clip on Twitter, OPP Sgt. Kerry Schmidt said the collision on the QEW Fort Erie bound near Fruitland Road happened around 6:15 a.m.

Schmidt said it was dark at the time and there was congestion due to construction further up the road forcing all traffic to the left.

The truck was in the left lane.

“The vehicle from behind came in and collided with the back of the trailer,” Schmidt said.

Ferrusi was pronounced dead at the scene.

“We will always cherish the many memories that we created together with him,” the family said in the obituary.

In lieu of flowers, the family is requesting that donations being made to the Ronald McDonald House Charity.

Visitations for Ferrusi will be held Wednesday and Thursday (4 to 8 p.m.). The memorial service will be held Friday at 6 pm.