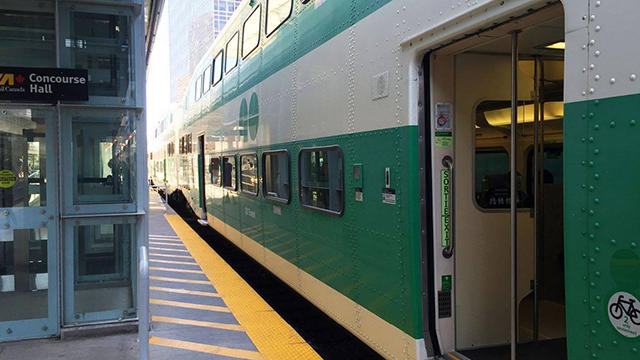 Metrolinx, which operates GO Transit, says the door restrictions at its Oakville station have led to confusion, and consequently delays along the line.

Due to platform work, not all GO train doors are opening at Oakville GO. The door restrictions are expected to remain in place until the fall. Metrolinx says that there have been a few times this month where customers missed their stop due to door restrictions. They then pulled the pulled the emergency brake on-board, thus bringing the entire train to a stop.

On Monday, there was one instance where “customers were not in the correct train car to get off at Oakville GO and pulled the emergency door release and got off into a construction site,” Metrolinx reported.

Riders planning to disembark in Oakville should board, and exit, in cars 1 through 5. Such incidents can cause delays of up 20 minutes, since the train’s  crew needs to check for emergencies before the train can start moving again. That can contribute to congestion and delay other trips.