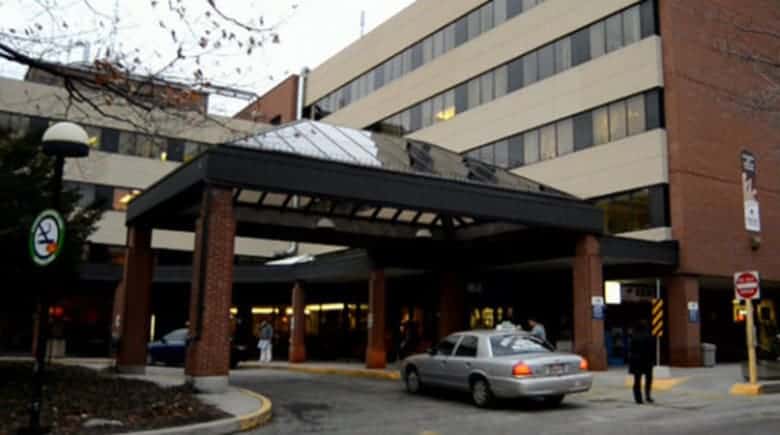 The developer's master plan for the old Oakville Trafalgar Memorial Hospital site would see 35 homes built on the land, including 19 detached houses fronting onto Macdonald Road and Allen Street. An internal road and 16 attached townhouses would also be built. INHALTON PHOTO

The Town of Oakville has reached a deal to sell a two-hectare parcel of the former Oakville Trafalgar Memorial Hospital site to a developer.

Town Council voted to approve the sale at a meeting on Monday.

The developer’s master plan for the site, approved by Town Council in 2017, would see 35 homes built on the land, including 19 detached houses fronting onto Macdonald Road and Allen Street.

An internal road and 16 attached townhouses would also be built as part of the plan.

The deal will see the developer wrap up construction of the entire development in 10 years, with the first house set to be completed in five years.

“It’s a long-time coming to see the area around the community centre start to fill in,” said Ward 3 Councillor Janet Haslett-Theall.

Theall said she had received questions and comments about the development and in particular what measures are in place to ensure that the character of that neighbourhood will be protected in terms of architectural design.

Gabe Charles, Director of Planning Services, responded that conditions require the applicant to put together principals for the design of the individual lots as part of the residential subdivision.

“Those principals would be based on the existing design guides we have in place in terms of our residential guidance, but also in recognizing that the heritage conservation district is just to the west of the site as well,” Charles said.

“So that process would then allow staff to work with the applicant to ensure that the character of the area is maintained and we would also be using a third-party control architect to ensure that compliance.”

Theall also expressed her disappointment that it went to a 10-year period, but said she recognizes there were reasons for that.

The short time frames, explained Ryan Maynard, Assistant Town Solicitor, were causing concerns for developers because of the uncertainties of getting their approvals and potentially if they have to do any environmental cleanup or anything on the lands.

A deal between the Town and developer includes a repurchase agreement that allows the town to buy back the lands at a reduced price if the developer fails to meet development conditions, files for bankruptcy, sells the lands or applies for amendments that are opposed by the town, according to the public staff report presented to council.

“The three years and five-year time frame were seen as restrictive.” Charles said. “The only time we can force those time frames is through a repurchase agreement which is a very final form of punishment and it’s not something we want to have to use, so we provided a longer time frame to avoid those risks that were addressed.”

Further details of the agreed deal on the land were made in private session.