Oakville Blades to submit bid to host the 2024 Centennial Cup 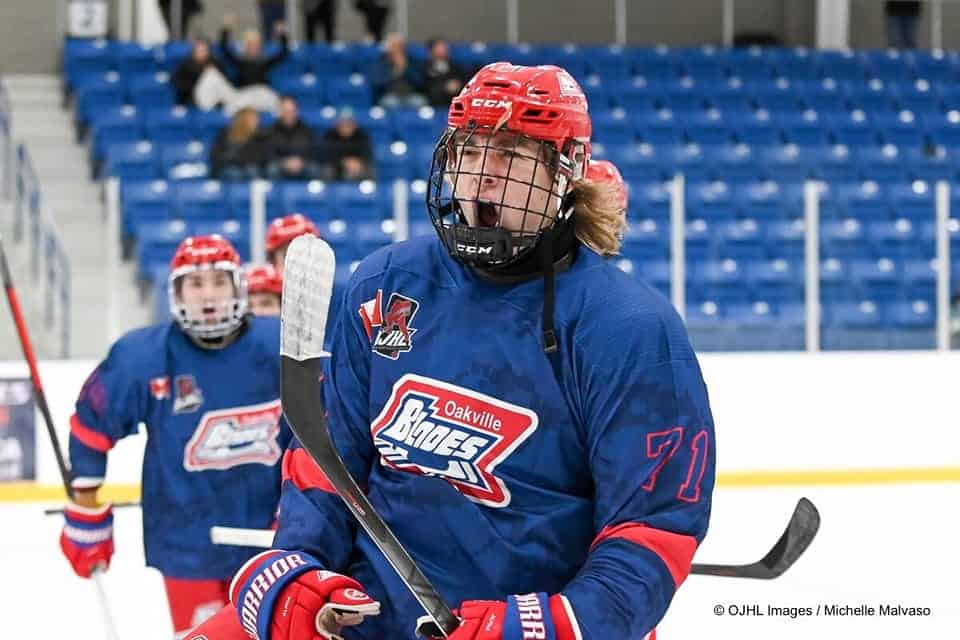 The Oakville Blades are submitting a bid to host the 2024 Centennial Cup. The National Jr. A Championship is normally played over two weeks in May. OAKVILLE BLADES IMAGES

The Oakville Blades will be submitting a bid to host the 2024 Centennial Cup.

The Ontario Junior Hockey League announced Wednesday (Jan. 18) it will be officially submitting a bid in 10 days to host the 2024 National Jr. A Championship tournament.

Hockey Canada is expected to make an announcement on the winning bid this March.

The Centennial Cup dates back to 1971 and features the nine championship winners from each of Canada’s Junior A leagues along with the host team.

The 11-day tournament is held in May with the championship game broadcast on TSN.

This year’s tournament is taking place in Portage la Prairie, MB from May 11 to 21.

The Alberta Junior Hockey League’s Brooks Bandits hosted and won the tournament last year with a 4-1 win over the Pickering Panthers – the Alberta club’s second consecutive title – after the previous two championships were cancelled due to the COVID-19 pandemic.

The Blades will look to host the tournament at the Sixteen Mile Sports Complex and is encouraging fans to reserve their tickets now.

“We need you to let us know you will be there,” said the local hockey teamm in a tweet. “Sign up to be the first to get tickets when we win this bid.”

To get on the list, fans should email [email protected] 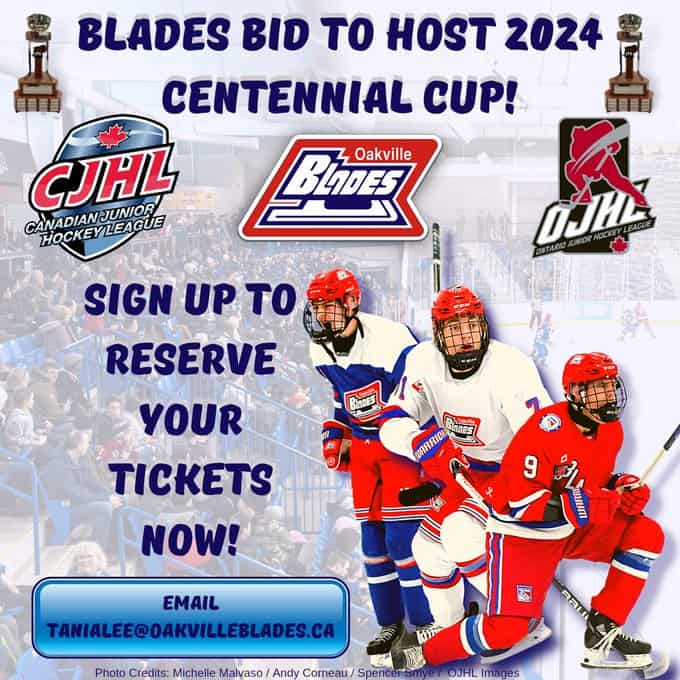