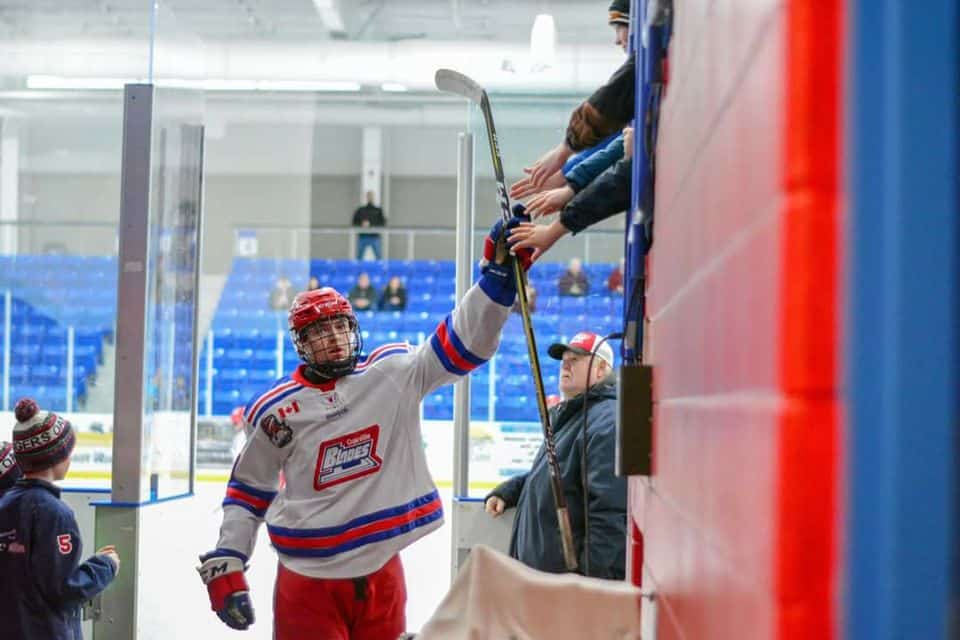 The Oakville Blades are off to a 2-0 start with wins over Burlington and Markham. The Blades host the Brantford 99ers in their home opener on Friday. FACEBOOK PHOTO

The Oakville Blades are off to a strong start and are living up to the billing early on as one of Canada’s top junior hockey teams.

The Blades, who opened with wins in their first two games of the season, are ranked 11th overall in the Canadian Junior Hockey League’s Top 20 Rankings for the 2021-22 campaign.

Oakville is one of five Ontario Junior Hockey League teams ranked in the Top 20. The Toronto Junior Canadians are the league’s top representative, ranked fifth overall.

The Winnipeg Blues are the top ranked CJHL team in the nation.

The Blades are coming off a 4-2 road win over the Markham Royals on Sunday.

Cole Weinger led the attack with a goal and assist. Andrew Brown, Evan Pringle and Zach Wigle, into an empty net, also scored for Oakville.

The Blades opened the season with a 3-2 overtime win over the Burlington Cougars at Central Arena.

Parker Murray scored 2:34 into the extra frame for Oakville, which tied the contest with 1:48 remaining on a marker by Weinger.

Brendan Bowie also found the back of the net for the Blades. DeFazio stopped 40 of 42 shots to earn his first win in goal.

Oakville returns to the ice this Friday night when they host the Brantford 99ers in their home opener at 16 Mile Creek Sports Complex.