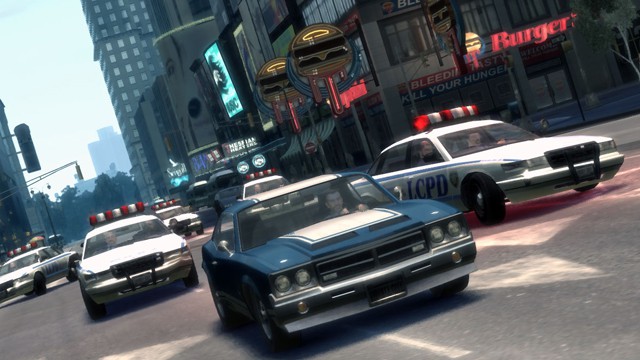 While Brampton roads are known to get pretty wild, some places in the GTA see a little bit more in the way of unusual action from time to time.

While Brampton roads are known to get pretty wild, some places in the GTA see a little bit more in the way of unusual action from time to time.

Case in point, a recent police chase that was prompted by an elementary school-aged boy who just wanted to act out his favourite video game.

According to OPP Sgt. Kerry Schmidt, this past weekend was a strange one.

“A lot has been going on over the last couple of hours and this past night, some really strange calls, some impaired driving calls,” explained Sgt. Schmidt in a Periscope video. “[Such as] someone using a GPS and crashing right through a police station at the Port Credit OPP detachment.”

While someone crashing into a police station is absolutely insane, there was actually an even stranger occurrence that weekend.

According to Sgt. Schmidt, police received a call about a vehicle being driven erratically on the northbound 400 between Major Mackenzie and King Road. The driver exited the 400 at King and then spun back around to go southbound on the highway. Eventually, OPP cruisers were able to get in front of and around the car to try to stop it.

According to Schmidt, the vehicle went from going half the speed limit to well over 120 km before stopping. When officers spotted the driver, they noticed he looked young and were shocked to discover that an 11-year-old boy had been operating the vehicle the whole time (up until that point, people assumed the driver was impaired).

“An 11-year-old kid who had been playing Grand Theft Auto at home and wanted to find out how to drive a car,” says Sgt. Schmidt. “It could have been a fatality and an absolutely tragedy.”

We’re sure that was definitely a WTF moment for police.

How much trouble did that kid get in that night?