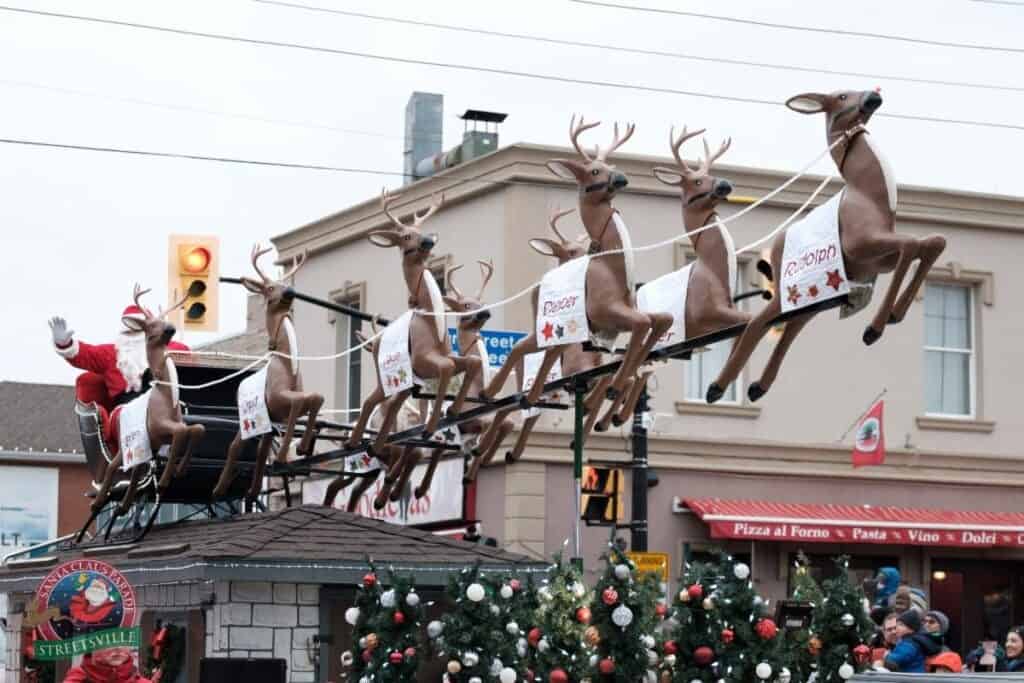 (Updated: story has been updated with additional comments from city councillors)

The annual Streetsville Santa Claus Parade has been cancelled for a second-straight year due to the COVID-19 pandemic.

City of Mississauga Ward 11 Councillor George Carlson said the window is simply too tight to get things organized.

“There’s no way to put it together in a few weeks,” Carlson told his council colleagues this morning at a meeting of General Committee. “Most of the (planning) work for it is done in May, June, July.”

Carlson described the planning process for the traditional holiday parade as an “iceberg operation” in which most of the work that goes on isn’t seen.

“The actual day of the Santa Claus Parade, I won’t say is not much work, but it’s the fun part of the job. It’s the other 150 meetings getting it ready…so, unfortunately, for this year (it won’t be happening).”

Ward 5 Councillor Carolyn Parrish said simply announcing that major outdoor events can take place once again, as the Ontario government did last week, doesn’t mean organizers of big parades and other celebrations can suddenly flip the on-switch and stage the festivities.

“I find it fascinating that they think in three weeks we can put together a Santa Claus parade,” she said. “And the people are expecting it. And we can’t do it. It requires a lot of fundraising, booking bands, doing (other) work…”

Streetsville is still hosting other holiday mainstays, though.

The annual Breakfast in Streetsville event, organized by community group ‘twas the Bite Before Christmas and supported by the Streetsville BIA, takes place Saturday, Nov. 27 from 8-11 a.m. at Cuchulainn’s Irish Pub in Streetsville.

The event raises money for Eden Food for Change Food Bank. Cost to attend is $20 per person.

“We encourage you to grab a fresh breakfast at Cuchulainn’s to support an important cause and then walk down to the Streetsville Village Square for our Christmas in the Village event,” organizers say.

A Christmas market, live entertainment, Santa Claus and other activities are on tap at the two-day holiday event.