No snow but slick conditions on roads in St. Catharines, Niagara Falls

While the Niagara Region isn’t likely to get the snow that the rest of the GTA is, the rain will not be stopping in the Golden Horseshoe and with low temperatures throughout the next couple of day, that means the area’s roads are going to be slick.

This morning’s (December 15) freezing rain warning in most Niagara municipalities from Environment Canada came as the temperatures were close to 0C.

In fact, the Niagara Student Transportation Services announced delays – but no cancelations – in a number of bus routes this morning.

However, since that time, the temperature has risen enough that icy simply turned into wet. While slick roads aren’t quite as treacherous for drivers as frozen ones, it’s just as easy to hydroplane or slip to the shoulder of the roads.

By Friday morning (December 16), Environment Canada is calling for a potential of snow but as you can see, the weather agency is hedging its bet by saying “rain or snow.” With a high of 3C, that makes rain more likely. 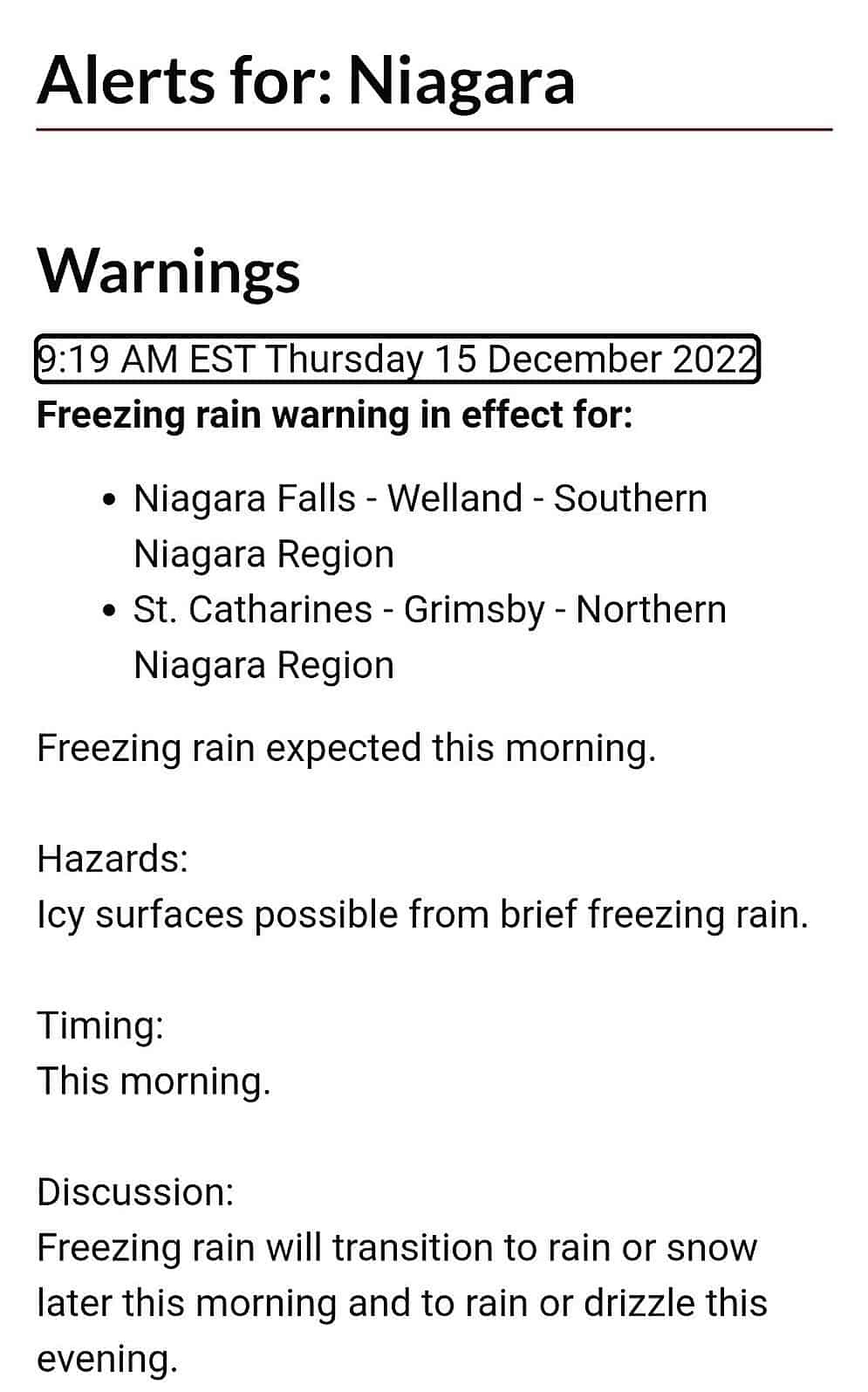 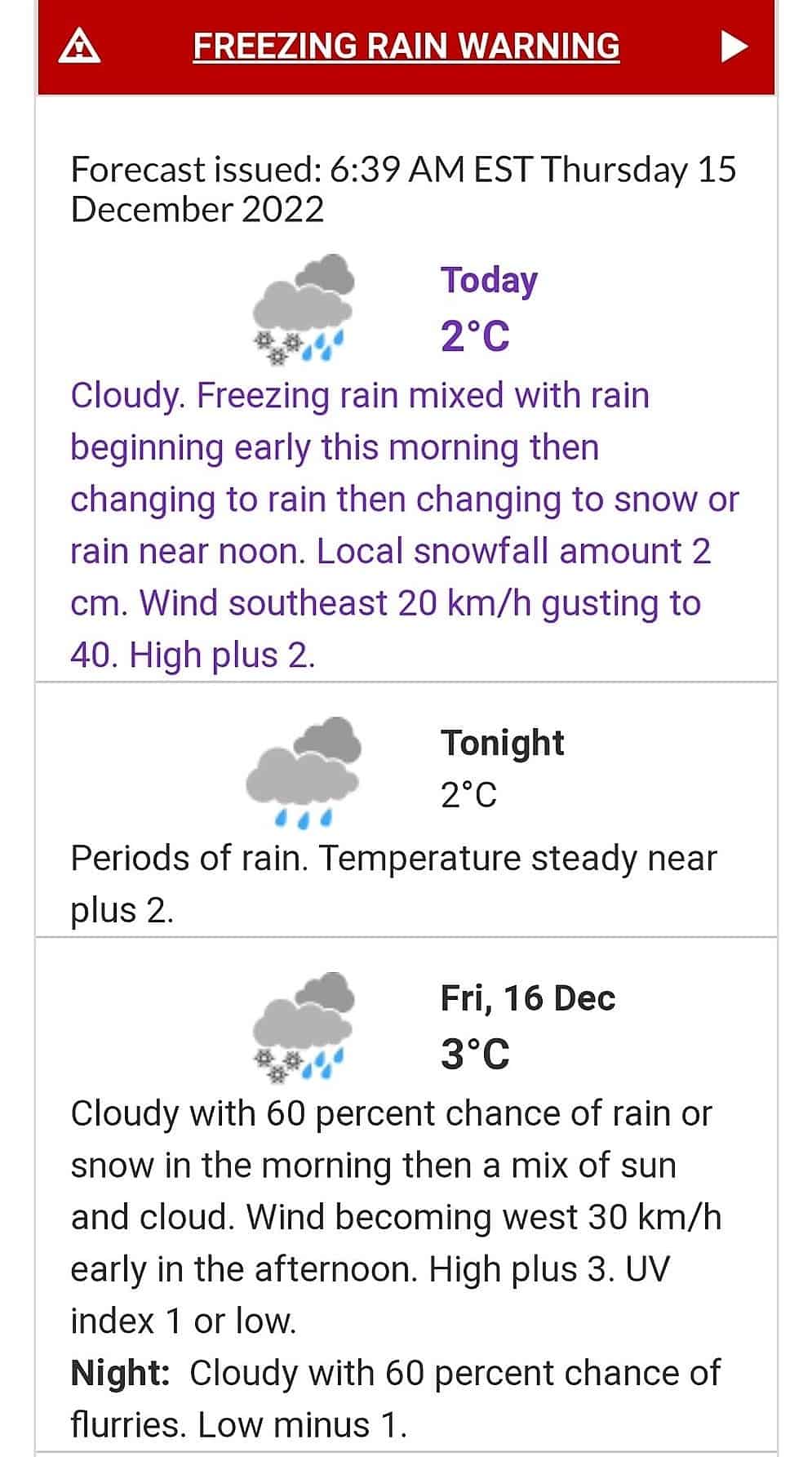