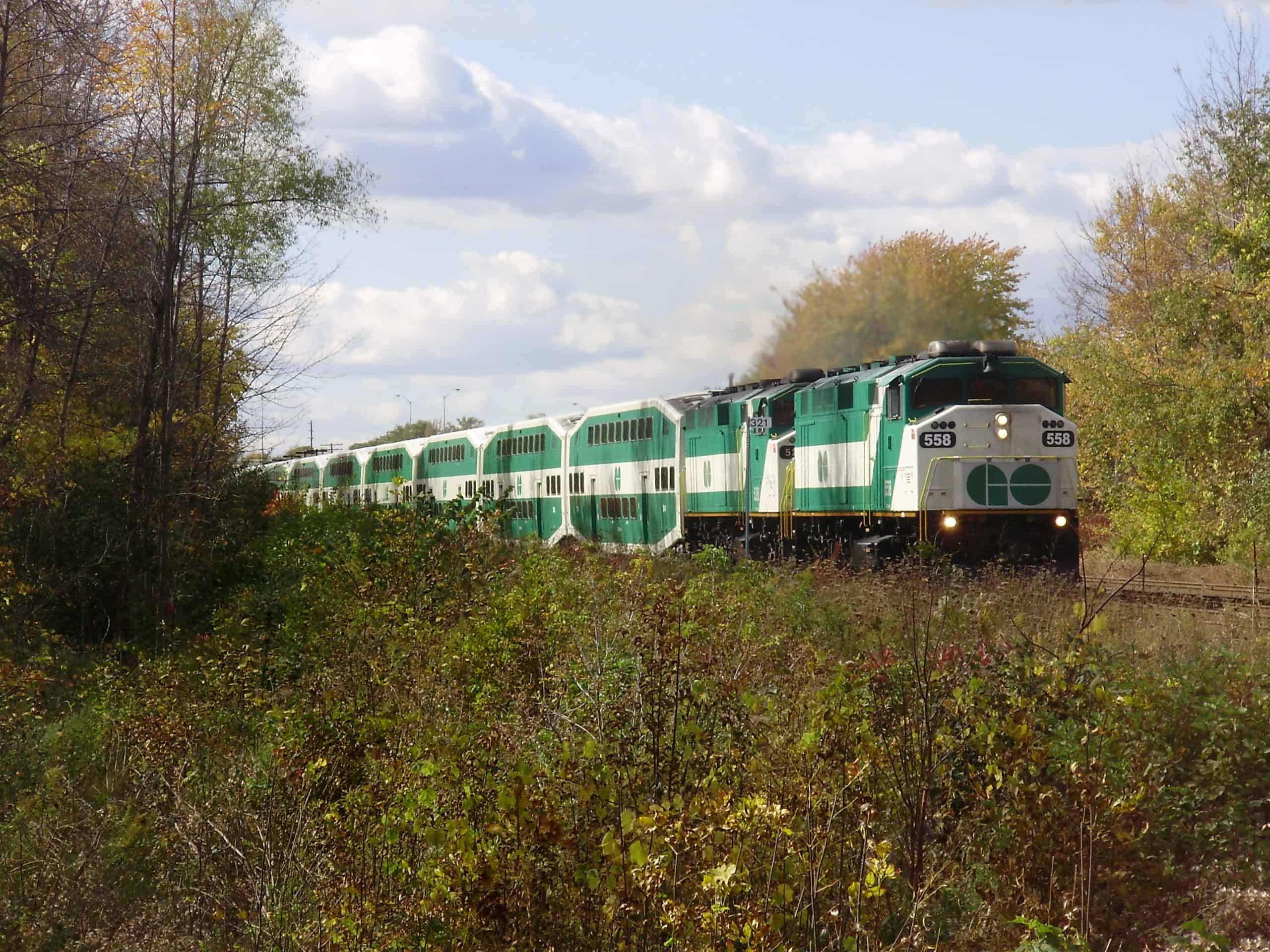 Durham GO Train customers will have to do without express service for the next couple of years as Metrolinx builds a new transit hub to prepare for future growth.

The East Harbour Transit Hub, which will be just east of the Don Valley Parkway in Toronto’s Riverside neighbourhood, will be an important interchange station for the new Ontario Line subway line, as well as the Lakeshore East line and future TTC streetcars. The Hub is expected to bring about 100,000 daily riders and will help reduce crowding at Union Station.

To prepare for East Harbour and the Ontario Line construction, Metrolinx is working to re-arrange existing tracks along the Lakeshore East corridor to accommodate additional GO and new Ontario Line tracks.

During this work, there are two tracks available for train services while a third track is out of service, so that construction can continue without disruption.

That third track normally allows for express trains to safely pass all-stop trains that are stopped at stations. So, the removal of this track means scheduled Lakeshore East express trains will not return until sometime in 2024.

It should be noted that there will be times when trains will run express, unscheduled. When delays happen, GO Transit may make the decision to run an express train to keep customers on schedule.

If train traffic allows, GO Transit may decide to run that train express from Union Station to Pickering GO Station (bypassing Danforth, Scarborough, Eglinton, Guildwood and Rouge Hill) to keep that train and the others that follow on schedule.

Another way Metrolinx is responding to increased ridership is lengthening the busiest GO Train trips throughout July. This includes lengthening some weekday and all weekend Lakeshore East and Lakeshore West trains from 10-car trains to 12-car trains.