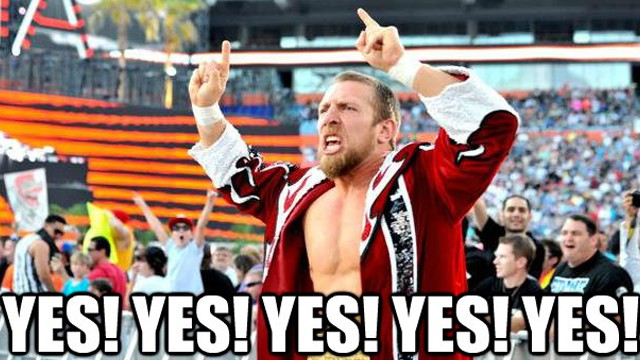 That one word is a very powerful one and one I’ve seen a lot of in my years of observing and covering various issues as a political activist and follower of current events. It’s easy to say, to remember, and it’s marketable to a mass audience.

The National Rifle Association (NRA) built their entire existence on that one word: NO to any form of gun control in the United States. The recent Brexit vote in the UK was basically the baby boomer generation giving a massive NO to the European Union. Saying NO is much easier than saying anything else.

In terms of the local level, NO is manifested in a popular term known as NIMBY (which stands for Not in My Back Yard). There’s also a more recent term called BANANA (Build Absolutely Nothing Anywhere Near Anybody), which I personally think is more accurate, but NIMBYism is still more widely used. Mississauga, (like many municipal jurisdictions) on its journey to growth and developing into a new form, is not immune to long standing communities and residents opposed to change.

Want some examples? In this past year, the Meadowvale mosque has been the most contentious planning and development issue I’ve seen in my years living in Mississauga, because there were some racist undertones that overshadowed what sounded like legitimate concerns over increased traffic.

Even though the application complied with all the by-laws and regulations concerning an expansion of the existing mosque building, the predominantly white residents of the area resisted vigorously.

Another example is concerns raised by residents over the redevelopment of Cliffway Plaza at Cliff and North Service Road. Go attend a Planning and Development Committee meeting on every other Monday evening at City Hall, and you can find many examples of NIMBYism and saying NO from across the city.

Well, perhaps it is time to say YES instead.

The YIMBY movement is a recent phenomenon fueled people fed up with what they consider undue political influence over planning and urban development matters, and has been cropping up all over North America for the last couple of years.

Last month, they gathered in what is considered a “YIMBY conference” in Boulder, Colorado. A former San Francisco mayoral candidate ran on a platform espousing the tenets of YIMBYism, and just last year YIMBY Toronto had its augural conference with the intention of discussing how to build the city up, instead of saying NO constantly and blocking city building initiatives.

But wherever it is coming from, the principles of YIMBYism are essential the same across the board:

Because of that disparity, it seems community development is centred on each ward rather than as a city wide initiative. Inspiration Lakeview in Ward 1, Imagining Ward 3 in…well…Ward 3, the Britannia Farms study in Ward 5, Vision Cooksville in Ward 7, and the Shaping Ninth Line study in Wards 9 and 10.

Does this model work for Mississauga?

For the most part, it is working right now. The city is quite spread out and was formed when different neighbourhoods and communities merged together to form the modern day Mississauga. Plus, I’ve been to enough of these meetings to know that, whether they’re representing a ratepayers association, or they just gathered on their own, NIMBY people abound during these discussions and, flat out, some of them want nothing done about anything.

Do I have hope for Mississauga that things will change? Absolutely, there are more people at meetings like this speaking out with an attitude and mindset for civic engagement rather than narrow thinking. Millennials, young students and people who moved to Mississauga from other places have demonstrated that they are more engaged positively about building the city rather than just keeping things the way they are.

And, admittedly, there are some folks who have been in Mississauga for decades that are starting to see the light as well. NIMBYism may never go away, but at least there seems to be some room for YIMBYism to co-exist alongside it as well.