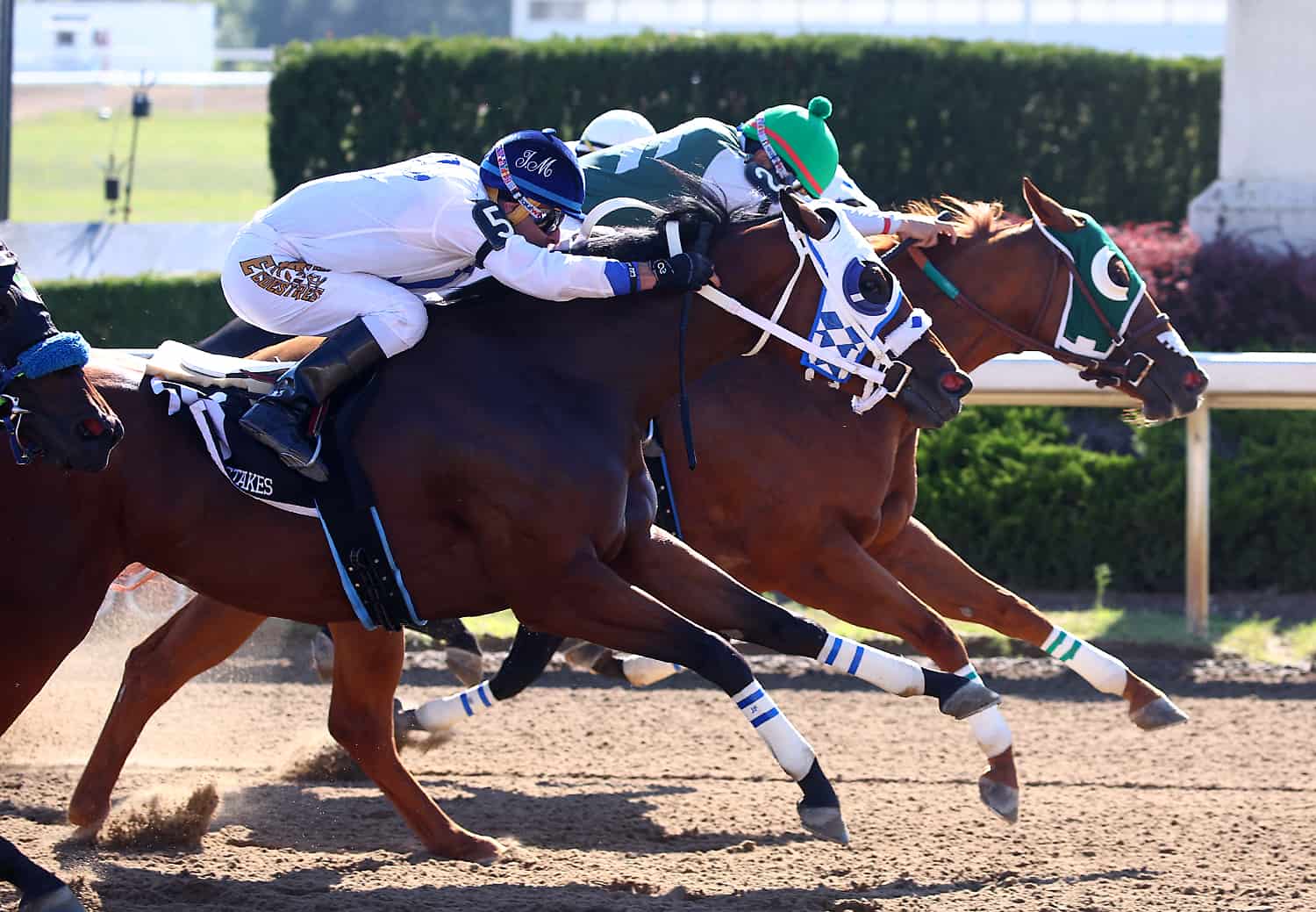 Mary Schrama’s Ontario bred mare Night Fishn lit up the tote board at Ajax Downs in the final leg of the Quarter Racing Owners of Ontario Sprint Series on Wednesday.

Sent off at 12 to 1 in the field of seven, Night Fishn, trained by Dan Giles, and her jockey Ramiro Castillo broke on even terms with co-favoured Carneros at the start of the 250-yard dash, put a head in front in mid-race, edged past Carneros and then held off a charging Streakinlilwagon to win by a head in 13.55 for her career-best 101 speed index.

Streakinlilwagon, owned and trained by Jason Pascoe, shared favorite status with stablemate Carneros and grabbed second by a neck over his mate with Bodhi, owned by Lucas Racing, another half-length back in fourth.

“Today she was very quiet, very focussed,” said Castillo. “In the gate, she just waited nicely for the start.”

Schrama and Giles do all the work with their small stable themselves and said their mare loves her job.

“She’s pretty easy to keep fit, you don’t have to ride her too often,” said Schrama. “She’s the most amazing mare, we take very good care of her.”

It was the ninth career win for Night Fishn from 32 starts and her earnings are now over $146,000.

Quarter Horse racing continues at Ajax Downs on Wednesday, August 17 with a first race post time of 1:30 p.m. There is a special event Sunday on August 21 with Family Fun Day and a full card of racing. Post time that day is 12:55 p.m.

Keep up to date on racing news and events at Ajax Downs on social media (@AjaxDowns) and at www.ajaxdowns.com.

Video stream of the August 10 card at Ajax Downs: https://www.youtube.com/watch?v=sBYKSnwrEUs