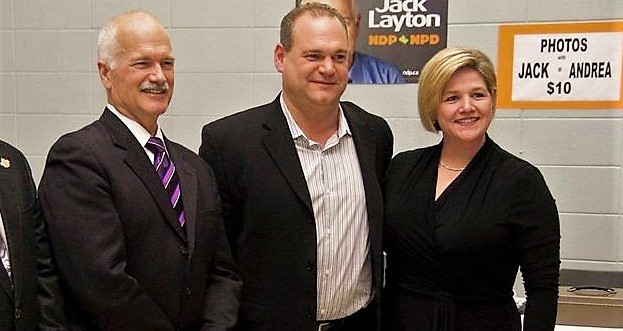 With three out of four provincial Niagara Region ridings being held by members of the NDP, yesterday (August 22) was a solemn one, marking the 10 anniversary of the death of former federal NDP leader Jack Layton.

“I will never forget the care and kindness Jack showed to me when I was running at a time when no one thought the NDP could win our riding,” said Niagara Falls MPP Wayne Gates (whose riding also includes Niagara-on-the-Lake and Fort Erie.)

“He always believed in our vision and our goal and he never let me stop believing that better was possible for my kids and grandkids,” said Gates.

Niagara Centre MPP Jeff Burch, also the NDP’s Municipal Affairs Critic, said, “Today we mark the 10th anniversary of the loss of a Canadian great, Jack Layton. A decade later, his memory lives on and continues to inspire people across the country.”

Indeed, under Layton, the NDP, which was always previously consigned to third place in federal elections, took the 2011 election by storm, surging from 37 seats to 103, becoming the official opposition to Stephen Harper’s Conservatives. Layton took most of Quebec’s seats and half of Ontario’s for the high-water mark.

Gates noted, “(August 22) will mark 10 years since we lost Jack, but the dream he built is still very much alive. Every single day thousands of Canadians recall the words in his final letter to be loving, hopeful and optimistic as we pledge to do our part in building a better world for all of us.

Burch quoted those words, penned by Layton in his final letter to Canadians, saying, “Let’s honour his memory by answering (Layton’s) call: ‘My friends, love is better than anger. Hope is better than fear. Optimism is better than despair. So let us be loving, hopeful and optimistic. And we’ll change the world’.” 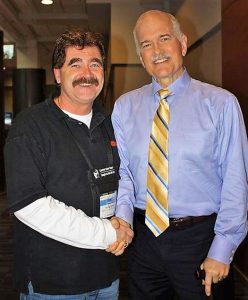