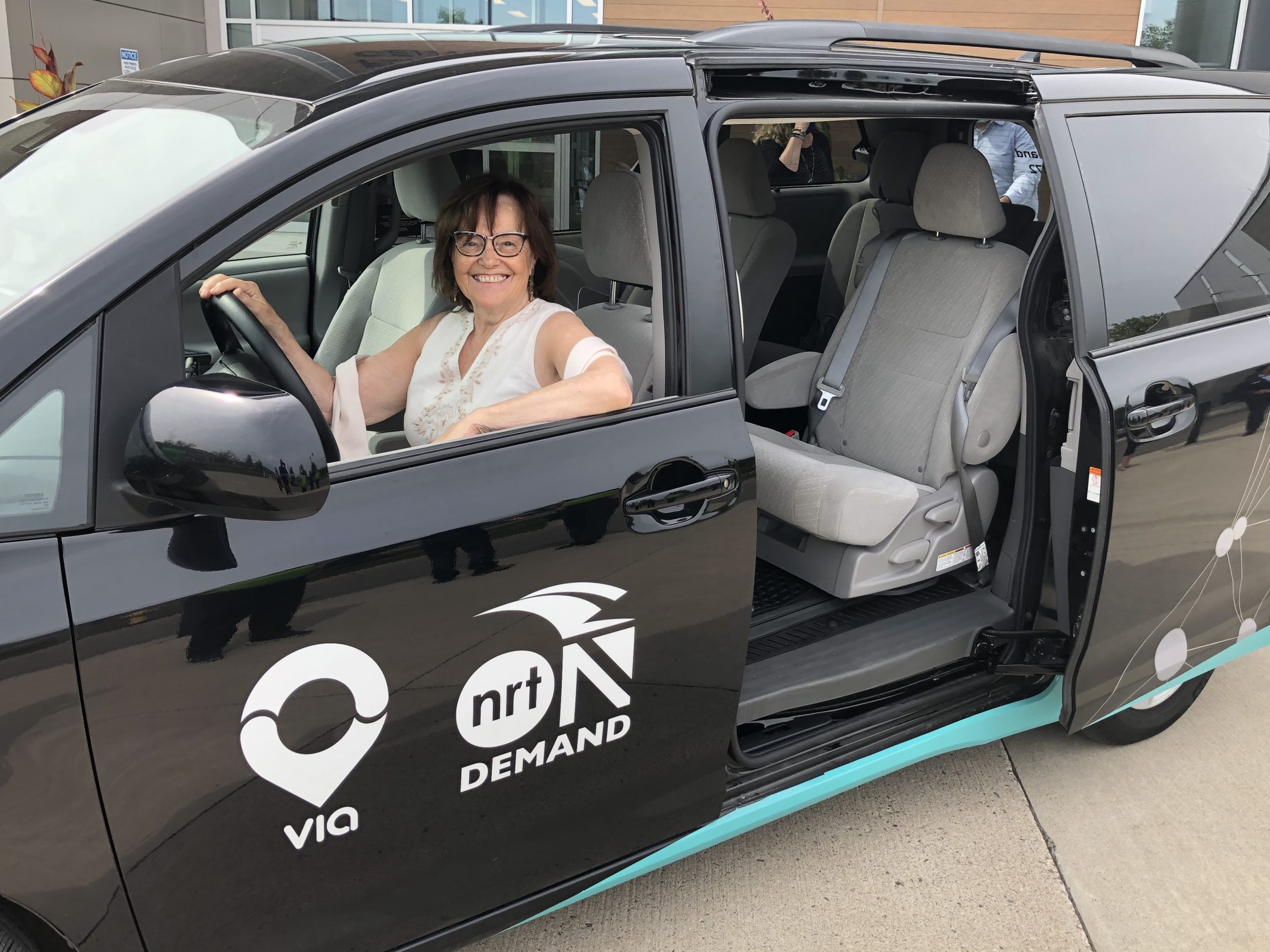 Lincoln Mayor Sandra Easton checks out being behind the wheel in a Niagara Regional Transit OnDemand van.

The NTC said that although riders will not experience any changes to bus routes, schedules, OnDemand, and specialized transit services, “they might see a change in fare prices and technology helping to align transit fares and services across Niagara.”

Having a region-wide transit service will “facilitate better access to jobs and services in Niagara, opening up new options for residents in neighbouring municipalities, and new markets for businesses.”