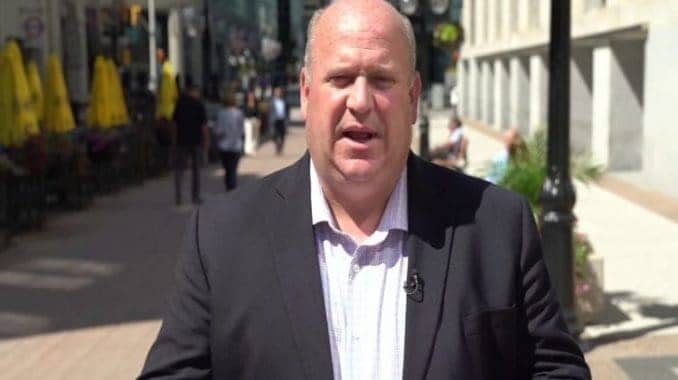 Niagara West MP Dean Allison submitted a petition asking the federal government to forbid the use of COVID-19 for anyone of child-bearing age.

An anti-vaccine petition submitted to Parliament Hill by Conservative Niagara West MP Dean Allison became the catalyst for a war of words between him and another Liberal Niagara MP, St. Catharines Chris Bittle.

Allison, who’s put into record previous questionable petitions, including one asking legalize farm animal dewormer Ivermectin as a COVID-19 treatment, forwarded another yesterday (March 10) asking the federal government to forbid the use of vaccines for any Canadian who is capable of spawning children.

Already, a large number of medical professionals have completely refuted and and all of the findings presented in the petition. University of Ottawa Medical Professor Dr. Darine El-Chaâr called the claims in Allison’s petition “not accurate.” 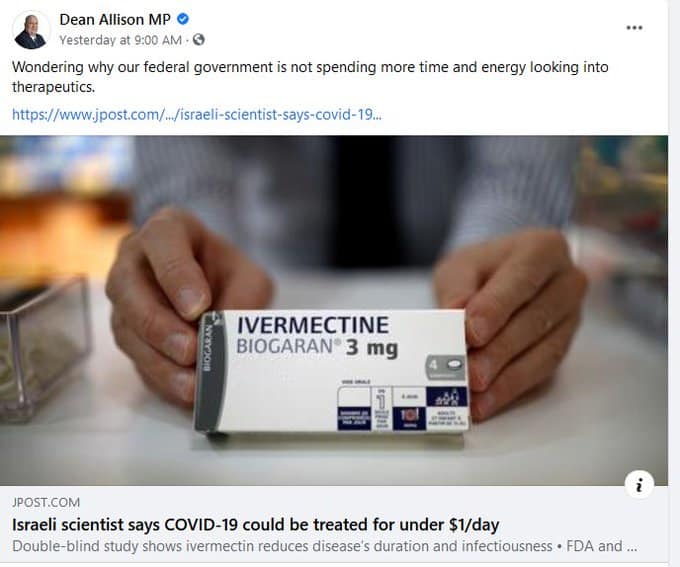 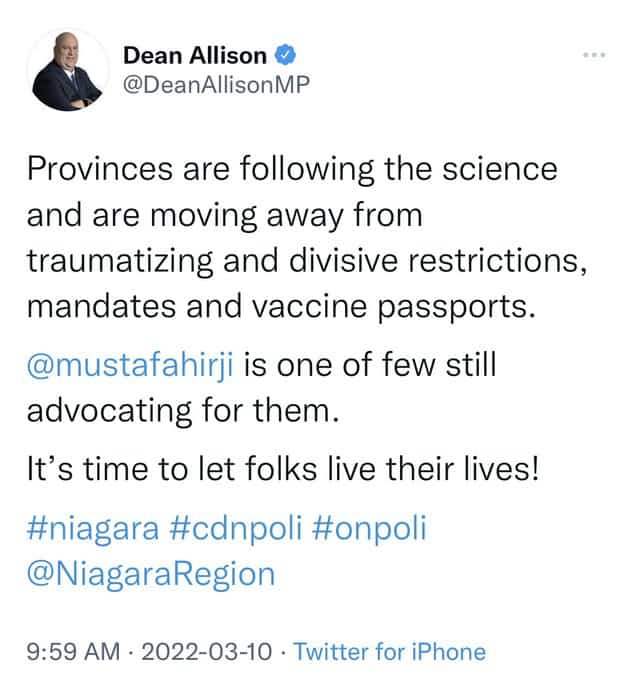 Last year, Niagara West MP Dean Allison tweeted about using ivermectin as a possible COVID-19 cure even though public health authorities stress it should never be used for that reason and could cause death. Yesterday, he was taking on Niagara’s acting Medical Officer of Health Mustafa Hirji.

However, Allison further tweeted that “Provinces are following the science and are moving away from traumatizing and divisive restrictions, mandates and vaccine passports. (Niagara acting Medical Officer of Health Mustafa Hirji) is one of few still advocating for them. It’s time to let folks live their lives!”

That was enough to spur Bittle on. “Niagara residents deserve better than an anti-science, anti-vaxx Conservative MP spreading misinformation and disinformation at every step of this pandemic.”

Retorted Alison: “Justin Trudeau and his Liberals, including his MPs in our region of Niagara, are continuing to use the pandemic to wedge, divide and stigmatize Canadians.” 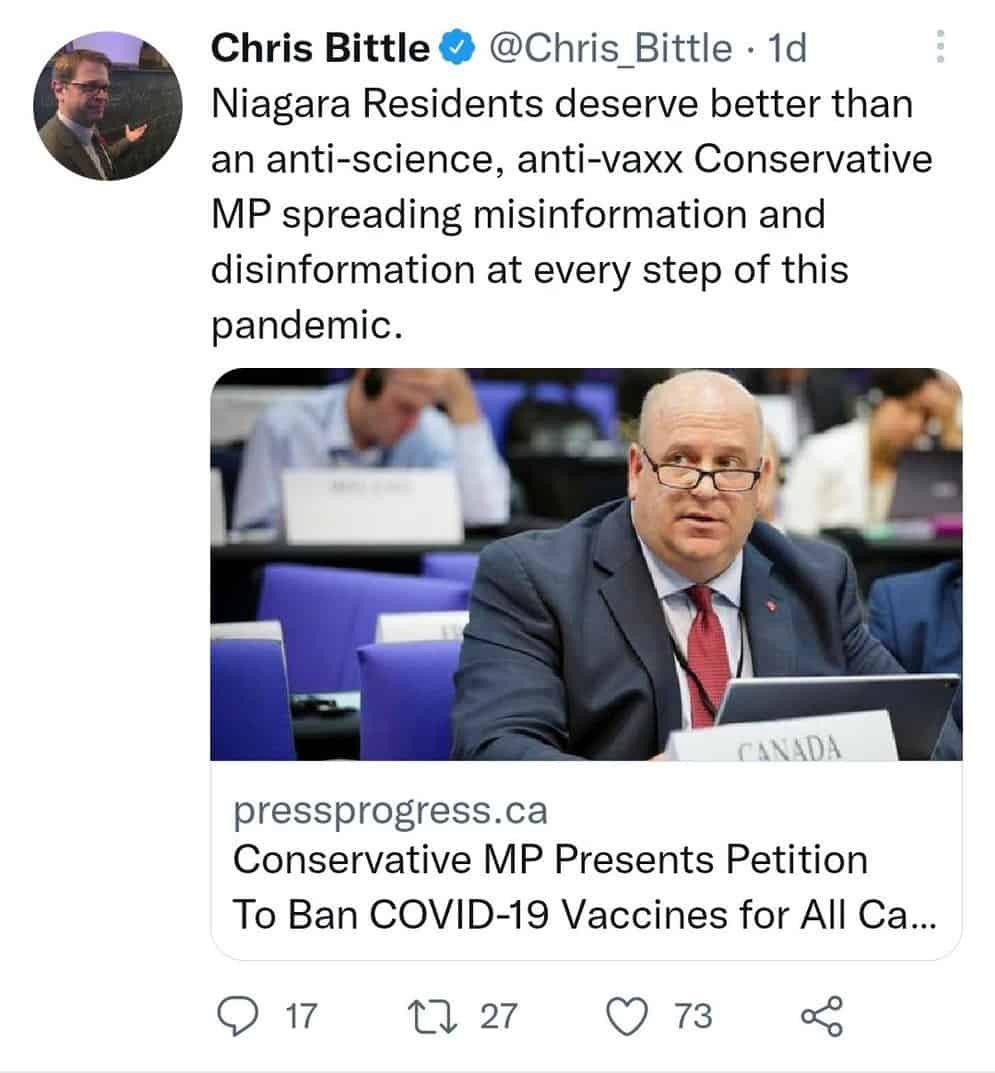 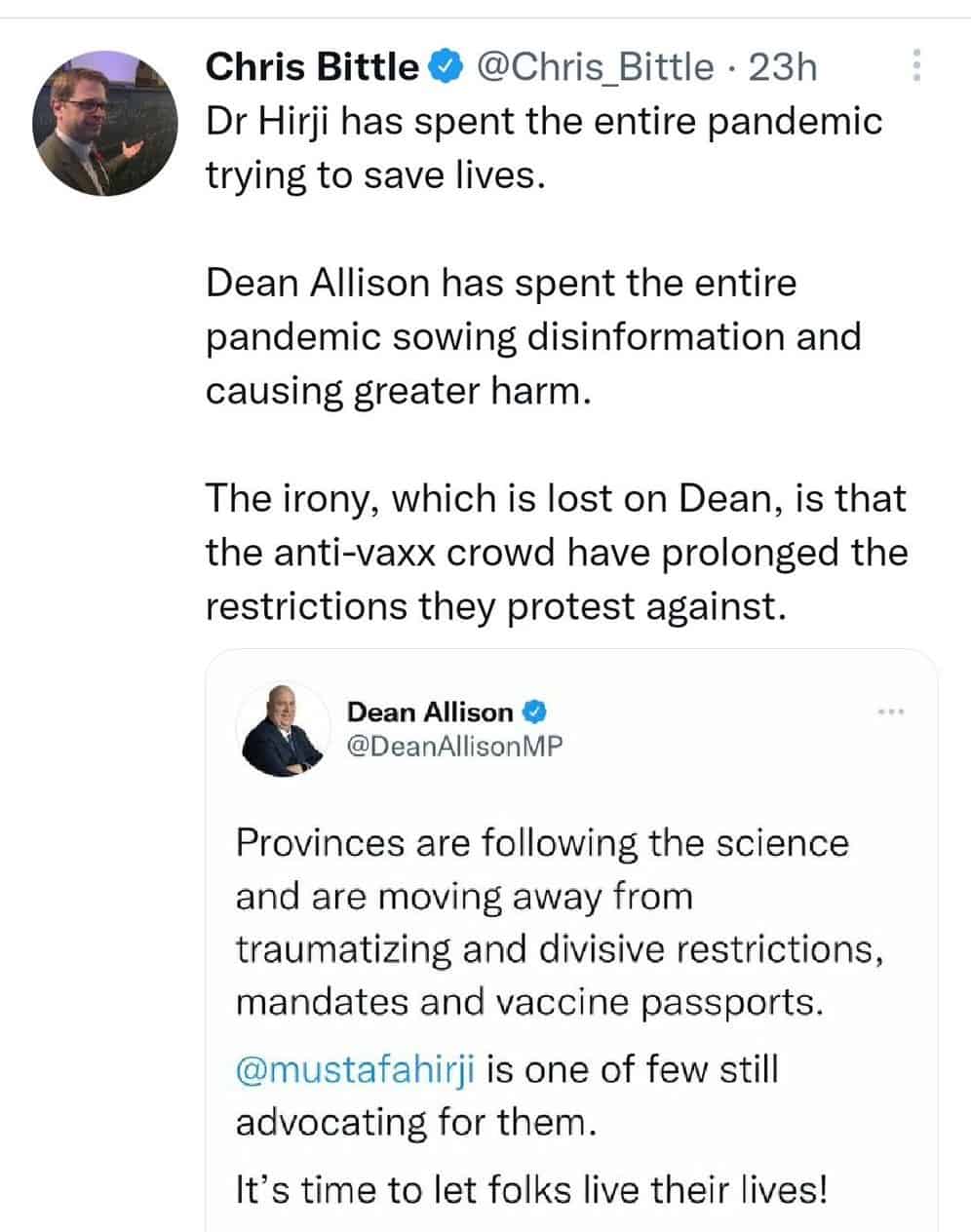 St. Catharines MP Chris Bittle fired off a couple of tweets aimed squarely at Niagara West MP Dean Allison, whose anti-science opinions about vaccines and COVID-19 have made him a lightning rod for controversy.