Niagara US border crossings closed due to storm 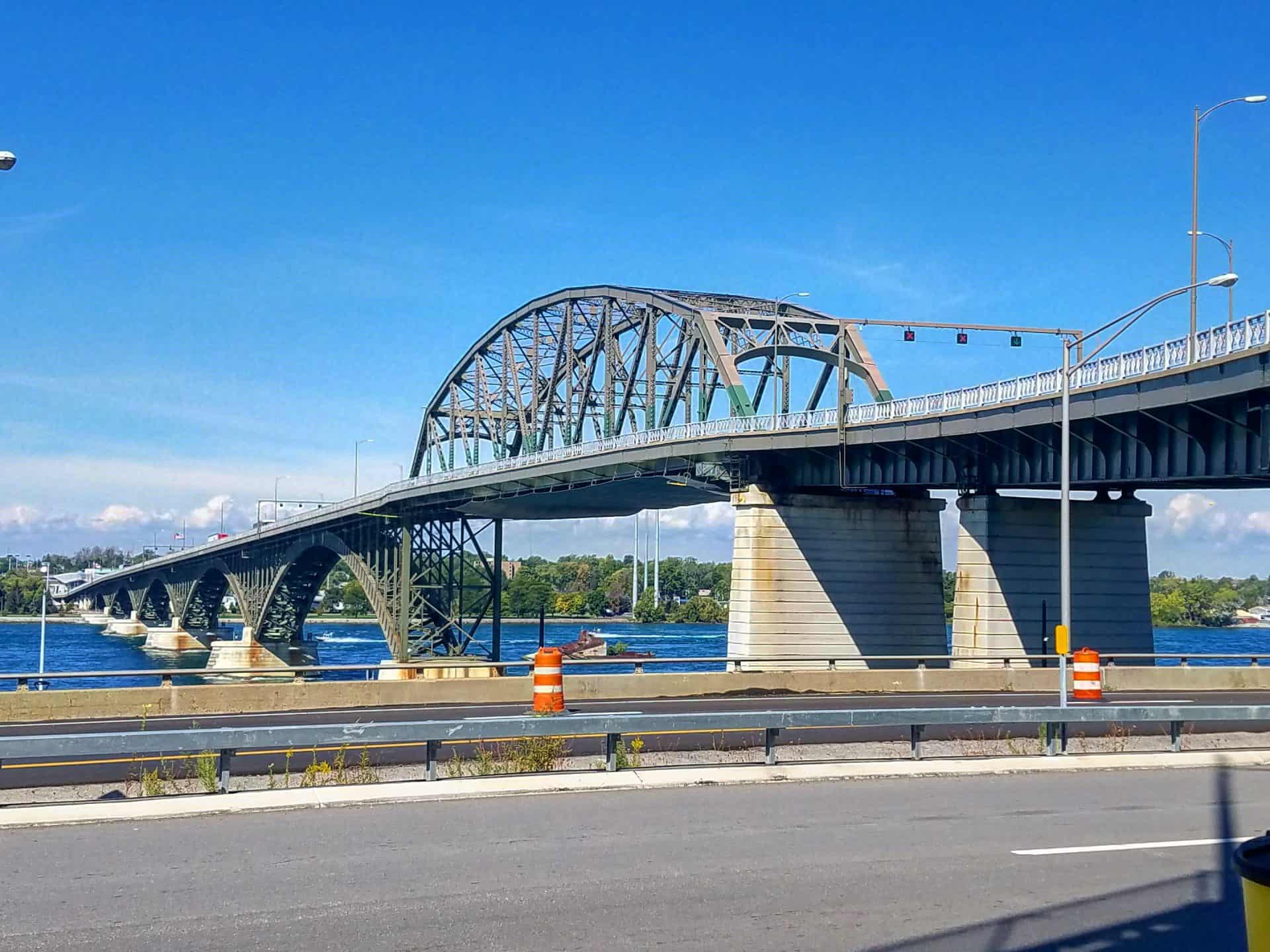 The Peace Bridge between Fort Erie and Buffalo may be hit with protesting truckers tomorrow.

The Niagara bridge crossings to the United States are all closed due to the ongoing winter storm ravaging the Great Lakes.

The Niagara Falls Bridge Commission, the international agency that operates the bridges, posted an alert that the United States has banned all entry to the country from over the bridges.

This impacts the Niagara-on-the-Lake Queenston-Lewiston Bridge, the Niagara Falls Rainbow Bridge and Whirlpool Bridge, and the Fort Erie Peace Bridge.

Anyone travelling to the US will not be admitted on their end. However people entering Canada are still allowed in. 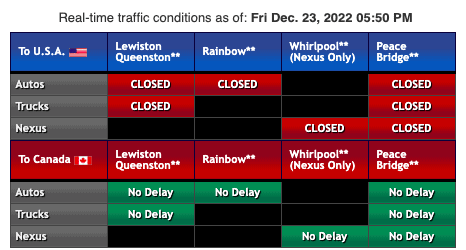 The storm is expected to dump some 30 cm of snow on Southern Ontario from December 23 into December 24. Winds are expected to reach an excess of 120 km/h in Niagara Region, set to be the most battered area in the Golden Horseshoe.

Even within Niagara Region specifically, Fort Erie and Port Colborne have reported getting hit hardest with numerous downed trees and uprooted road signs seen throughout the area.

Ontario’s highways have likewise been battered by snow and plagued by white-out conditions. The OPP reported more than 100 collisions on Hwy 401 in a pile-up near London alone.

The hazardous conditions have prompted numerous police services to caution drivers to stay home until the weather clears.

Energy infrastructure has also been heavily affected with on-and-0ff outages throughout the GTA. The efforts of linemen with various energy providers have managed to restore power in many of them, but more issues continue to crop up.