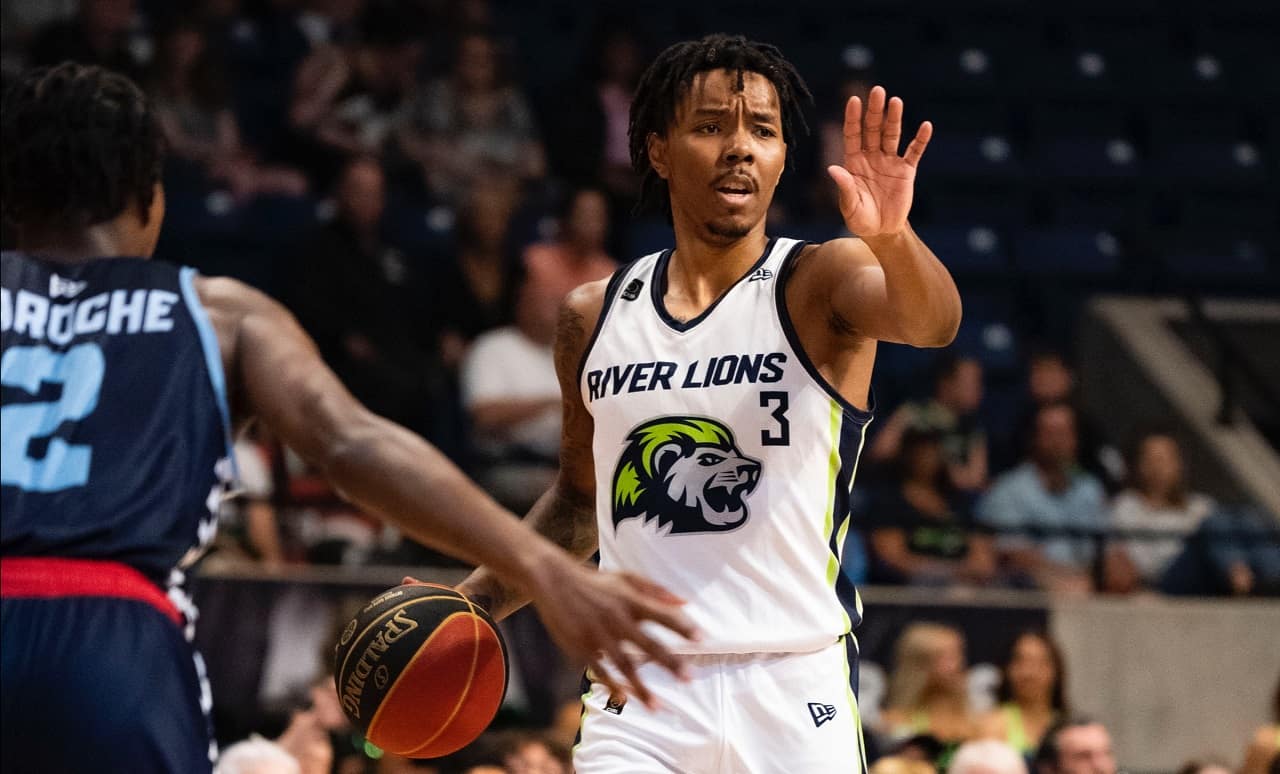 The Niagara River Lions likely did not anticipate being in a next-shot-wins scenario against the expansion Newfoundland Growlers, but they had Khalil Ahmad to take it.

The River Lions seemed assured of a win at the Meridian Centre on Friday, taking a nine-point lead into Elam Ending time. Under Canadian Elite Basketball League rules, the target score is set at nine points above the leading team’s tally following the first while with less than four minutes left in the game. But the Growlers needed a tough driving layup from Ahmad after the Growlers tied the game. After the Growlers scored again to create a scenario where any made shot would decide the game, Ahmad drew a foul and hit one free throw for a 98-97 Niagara win.

Ahmad, who came into the night as the CEBL assist leader, had 21 points for the River Lions. Veteran guard Phil Scrubb added 15 with nine assists and three steals, while forward Olu Ashaolu also had 15 on perfect 6-of-6 shooting in just 10½ minutes of court time.

The win keeps the third-place River Lions (4-2) one game behind the league-leading Hamilton Honey Badgers (5-1). The two-time defending champion Edmonton Stingers (4-1) are in between the QEW rivals.

Brandon Sampson, with a game-most 26 points and four steals, and Jahvon Blair with 24 points, nearly led the winless Growlers (0-3) to the franchise’s first victory.

It was triples night, and nearly a triple-double for Caleb Agada, as the Honey Badgers routed the Saskatchewan Rattlers 107-86 at FirstOntario Centre on Friday.

The Honey Badgers rolled to the win on the wings of making 16-of-32 shots from deep. Agada had 24 points, a game-most 12 assists and also grabbed seven rebounds. The veteran combo guard from Burlington made 5-of-6 three-point tries. Forward Jeremiah Tillmon, Hamilton’s main post prescence, also had a double-double with 22 points and 11 rebounds. The big man even got in on the fun of dialling long-distance, making his only three-point try.

Guard Christian Vital (18 points, 4-of-7 on threes) and Keevan Veinot (14 in a sixth-man role) also helped the Honey Badgers put Saskatchewan away decisvely.

The Honey Badgers have yet to face powerhouse Edmonton. Their only defeat so far was a one-point loss against the Fraser Valley Bandits on May 27.

Both area teams’ next action is on Sunday.

The River Lions are host a 4 p.m. tip-off against Saskatchewan. Hamilton is away, facing Newfoundland in a 2:30 p.m. ET start. All CEBL games can be streamed at cbcsports.ca and CBC GEM.