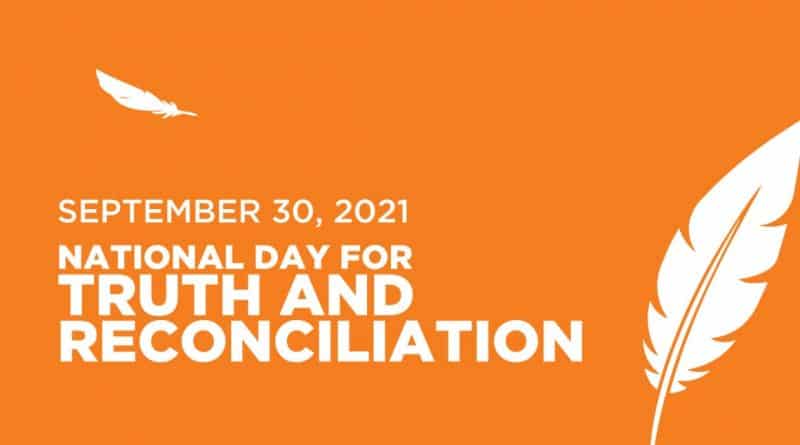 Seeing all 12 municipal mayors and the Regional Chair in Niagara Region agree on anything as a collective is, indeed, a rarity. Wags would say not even once in a blue moon because at least those happen every few years.

Today (September 30), they finally did – what the National Day for Truth and Reconciliation means to them as a group and to the region-at-large.

In a release, they said that “on the National Day for Truth and Reconciliation, we have an opportunity to acknowledge and reflect on the lasting impact of the Indian residential school system in Canada…. to learn about this painful aspect of our country’s history, as well as to commemorate the survivors, their families, and their communities – as called for by the Truth and Reconciliation Commission and Indigenous leaders.”

They added, “In light of the thousands of unmarked graves that have been discovered at former residential school sites across the country, the National Day for Truth and Reconciliation has been elevated to a statutory holiday by the federal government. The increased prominence of this solemn occasion is a crucial step to ensure Canadians give this matter the attention it deserves.”

And since as Canadians, it’s already well-known that tears are not enough, they acknowledged, “Simple acknowledgement of our past is insufficient, and offering apologies in themselves is not enough. Here in Niagara, we take seriously our responsibility to implement the Calls to Action found in the Truth and Reconciliation Commission report.”

“Of the 94 Calls to Action, eight of them specifically relate to municipal operations – in partnership with our local Indigenous leaders, we are making progress on addressing these issues and we continue to make them a priority.”

In conclusion, the 13 person group finally said, “We encourage all Niagara residents to take the time to listen and learn on this National Day for Truth and Reconciliation. Every Canadian has a role to play in learning and telling the truth, as well as helping to build a community where Indigenous people feel safe, respected and have equal opportunity to achieve success.”