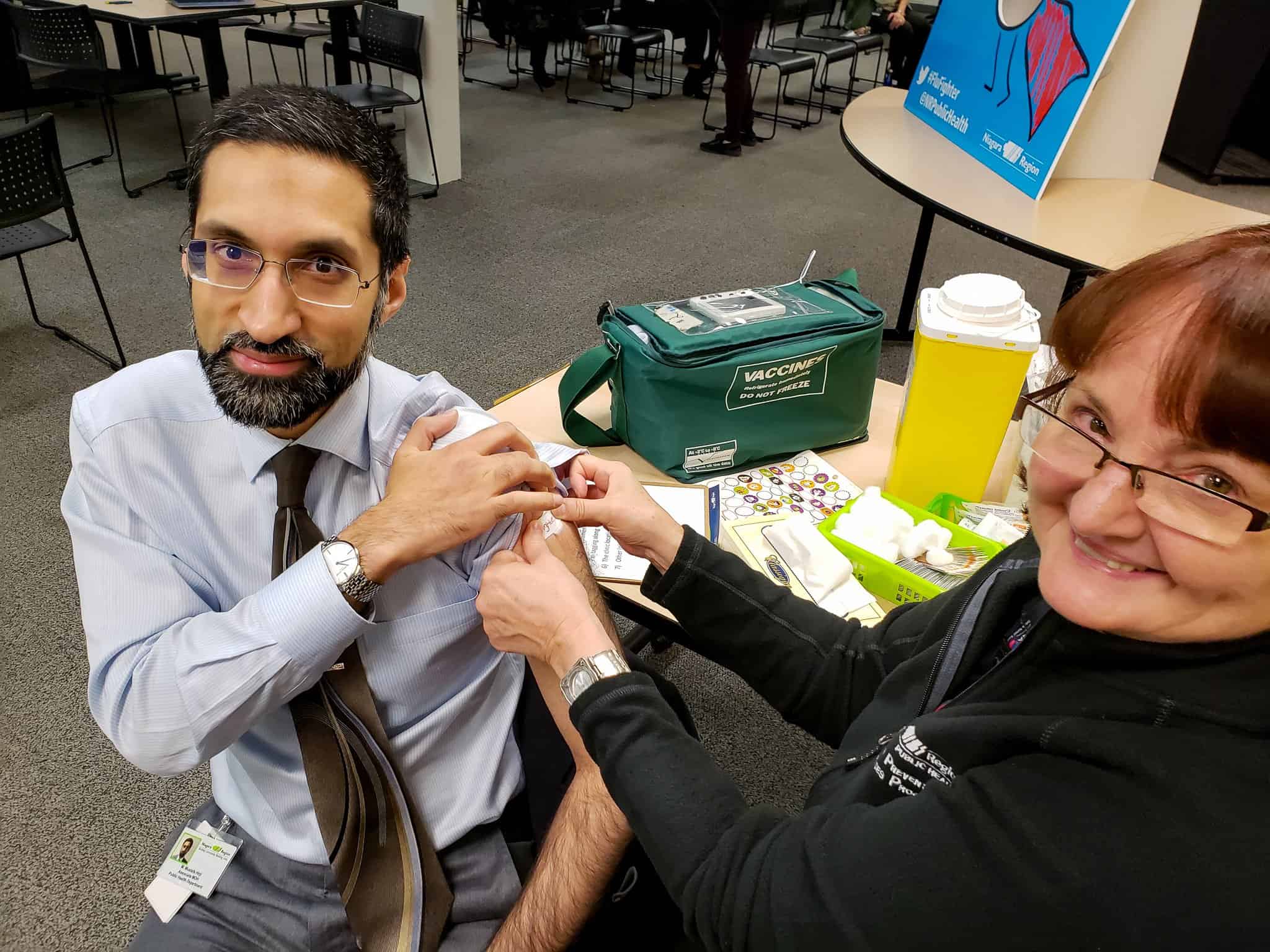 When Maxime Bernier, leader of Canada’s far right People’s Party of Canada, recently took to Twitter to say he wouldn’t be getting vaccinated because he considers himself young (he’s 58) and “in shape. I like to run,” Niagara Region’s Acting Medical Officer of Health Dr Mustafa Hirji had a quick response.

“I got vaccinated because I’m in shape, like to run, and want to keep doing that without the long-term persistent neurological impacts of #LongCovid,” retorted Hirji, also on Twitter.

Long Covid is the name being given to the potential long-term effects COVID-19 can have on a patient. Although it has happened to a remarkably small number of sufferers, they can include:

Throughout COVID-19, Bernier has been a lightning rod for controversy, holding countless “Free Canada” rallies that defy all mask and social distancing rules. He has been arrested and charged a number of times.

On his end, Hirji felt heat earlier this year, getting threats on social media from angry posters tired of the continual lockdowns being mandated by the Province. It was serious enough that the Niagara Police investigated the issue.

For his part, Hirji said he felt overwhelming support from regional residents after the threats were made public.