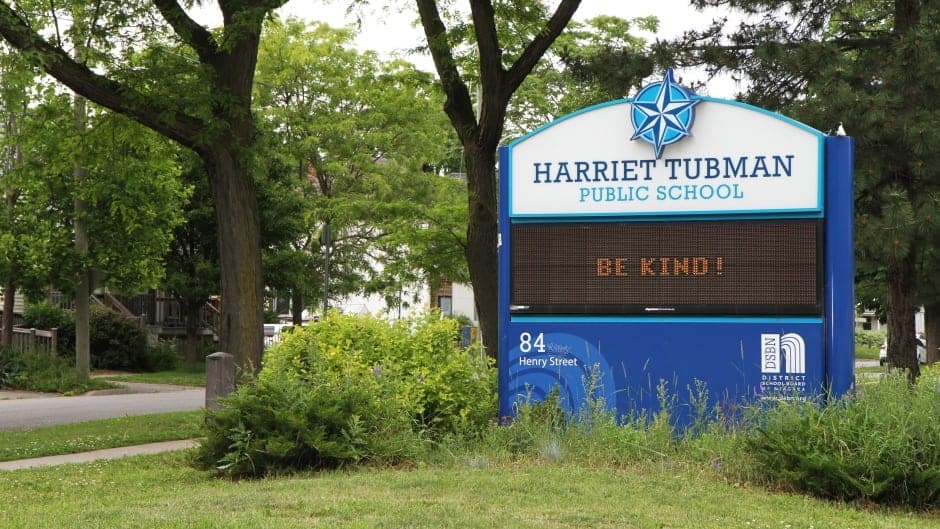 For some people in St. Catharines, apparently being nice isn't something they understand.

The racist and homophobic vandalism spray-painting all over Harriet Tubman Public School in St. Catharines this past weekend didn’t stop there.

Niagara Police initially investigating vandalism at the school have since found 13 incidents of hateful graffiti less than five minutes away, including on:

“Not only was Harriet Tubman School vandalized with racist and homophobic slurs, but also surrounding areas including a black-owned business. The words used are charged with white supremacy thinking.”

Ward 4 Councillor Karrie Porter was even more blunt. “This is a manifestation of a white supremacy that has existed in Niagara, and Canada, for a long time. It’s always been here. It sometimes becomes more emboldened and can slide right into fascism during periods of rising inequality.”

Porter added that citizens who consider this simply a police matter to be dealt with are missing the larger point.

“When we talk about white supremacy, we mean you. And me. We might believe we are nice people who aren’t racist, because we love Black people and wouand we’ll always be at risk of sliding backwards into barbarism.”

Niagara Regional Chair Jim Bradley said as disgusting as the vandalism is, the one thing white supremacists can never do is tarnish Tubman’s legacy.

“it is important to remember that the cowardly individuals who carried out this vandalism will not have any lasting impact on Harriet Tubman’s legacy,” said Bradley.

“I can take some satisfaction in knowing that Harriet Tubman will continue to stand as an icon of courage and freedom, serving as an inspiration to millions nearly 110 years after her death.”