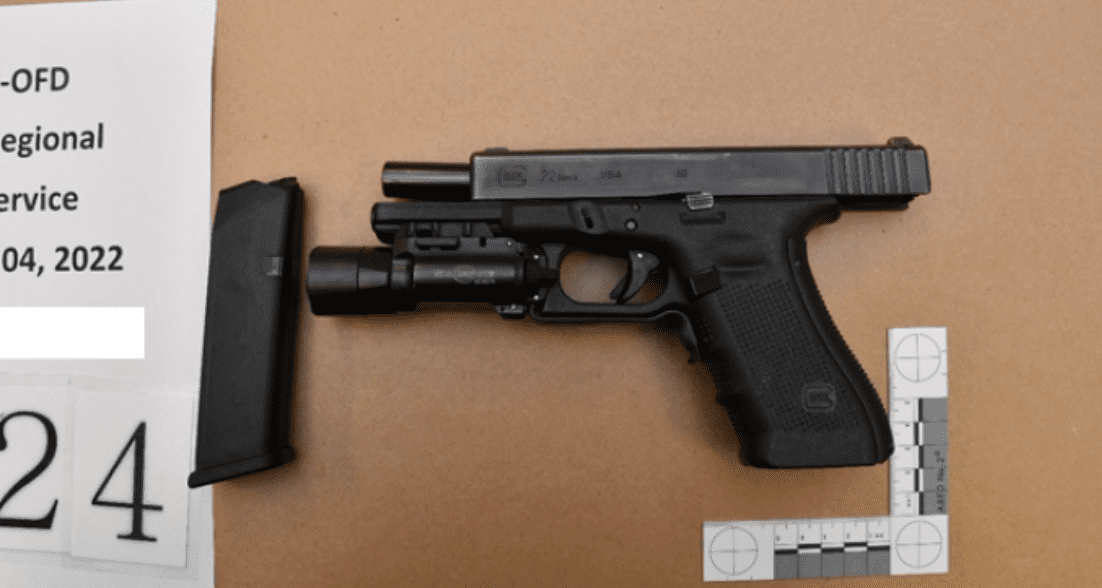 A Niagara Regional Police officer was justified in fatally shooting a man in Port Colborne last fall, according to a Special Investigations Unit (SIU) report.

The SIU is brought in whenever an interaction between police and the public results in a death or injury. Niagara police called them around 4 p.m. on September 4 to report their officers had shot a man dead.

Hours earlier, around 9 a.m. police responded to Main St. and Canal Bank Rd. after a call about an argument between neighbours.

The call reported that one of the neighbours had confronted the other, known as the Complainant, age 52, regarding excessive noise. The complainant lived a floor above the neighbour in a two-storey building and was playing loud music.

The complainant pulled a knife on the neighbour as result, the SIU said. The neighbour then called the police. Two uniformed officers arrived shortly afterwards. The complainant threatened one of them with the blade and barricaded himself inside his home.

The officers kicked down the door and entered the apartment. However, they quickly retreated when the Complainant walked toward them while holding the knife.

By 10 a.m. officers with the Emergency Tactical Unit (ETU) began to arrive. The plan was to contain the situation long enough to get an arrest warrant allowing them to enter the home. Additionally there was already a bench warrant out on the complainant for missing a court date.

The ETU separated into two teams as there were two entrances into the apartment. Team One went to the apartment’s eastern door, while Team Two took the western door. The officers were equipped with guns, teargas, tasers, shields, rams ARWENs (a less-than-lethal gun) and gasmasks.

As the teams guarded both doors, a police negotiator tried to make contact with the Complainant inside. Numerous calls went unanswered, shouts from outside were drowned in the loud music and curtains prevented visual into the home.

The complainant once tried to open the east door but was blocked by Team One. They demanded the complainant surrender, but he slammed the door in their faces.

After an hours long standoff police learned their warrant had been cleared around 1 p.m. The plan was to breach both doors at the same time and advance into to the apartment behind a riot shield. Then the officers would adjust based on the Complainant’s behaviour. They planned on possibly using teargas launched from outside to keep him out of the bathroom.

Team Two broke through the doors first with the battering rams and stormed in. As they did the Complainant exited the bathroom with a knife in each hand. Officers fired tasers at him but he severed the wires with his knife.

Team One was delayed by the door and entered seconds after Team Two, but quickly caught up. As the Complainant advanced he tried to stab around the lead officer’s shield.

The lead officer pushed the Complainant back with the shield and another officer, dubbed Subject Officer 1 (SO 1), shot him. The impact of the shot sent the Complainant sprawling into the bathroom. While he was down the officers removed the knives from this reach, tasered him and cuffed his hands behind his back.

They took the Complainant to hospital after giving first aid but he succumbed to his bullet wound. The bullet had struck him in the neck.

After they were informed of the shooting, the SIU came to investigate. They identified both SO 1 and the commanding officer of the raid, dubbed SO 2, as the officers responsible.

Following the investigation SIU Director Joseph Martino found that the action plan was “reasonably conceived and executed.” SO 2 provided the Complainant with hours in which to communicate or surrender which he did not. “The operation may not have been perfect, but no such undertaking ever is,” Martino said.

Additionally Martino found that SO 1 shot was a reasonable use of force as the Complainant was actively trying to stab another officer, finding “there was in the moment a need to immediately incapacitate the Complainant” and the use of a firearm was the most effective way to do so.

“In the result, as there are no reasonable grounds to believe that the subject officials comported themselves other than within the limits of the criminal law in connection with the Complainant’s tragic death, there is no basis for proceeding with charges in this case,” Martino concluded.