UPDATE, 9 p.m. May 26: Niagara police say Carson Hunter “was located and is safe.”

Niagara Police are continuing their search for a missing 12-year-old Welland boy.

Carson Hunter left his house in the area of Thornton Avenue and Glenwood Parkway in Welland on May 17 at 9 am.  He was reported missing later that evening and since that time, officers have been looking for him.

Police got word that Carson has been staying with different friends in the Welland area and had been communicating with friends and family via social media as recent as yesterday (May 25).

At first, police wanted to maintain the privacy of his identity. However, now they’re throwing it open to a public appeal.

Carson is described as a white male, 5-foot-6, 130 pound with brown hair and eyes. He might be wearing a white T-Shirt with gray pants and is possibly riding a red or orange mountain bike. 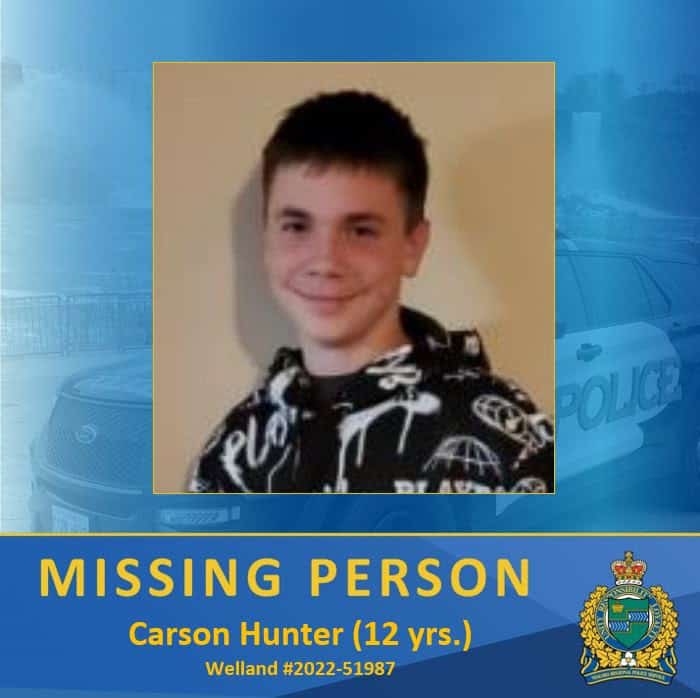