Niagara Police now believe there is a second suspect involved with an August 31 investigation involving a stolen pick-up and a number of thefts in and around the Niagara Region.

The police already named a Hamilton man, Doug Funke, (photo below) as the primary suspect but now strongly believe he had an accomplice. Currently, there is a search warrant out for his arrest.

The second suspect (photos below) is described as male, white, approximately 50 years of age, 6-foot, muscular build, mainly bald with a dark beard.

At the moment, Funke is already wanted for dangerous driving, failure to remain at the scene of an accident, unlawful operation of a vehicle, break and enter to commit theft, three count of theft under $5,000, one count of theft over $5,000 and four counts of breaking prohibition.

The white Ford F-150 they believe Funke stole was recovered in early September.

The police haven’t made it clear what charges the potential accomplice might face.

Anyone with information of the identity of the new suspect or location of the suspect or Doug Funke is asked to contact Niagara Regional Police Service D/Cst Dwaine Haughie at 9056-945-2211 #1009263 or the Crime Stoppers hotline. 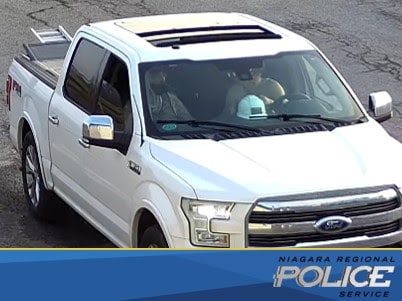 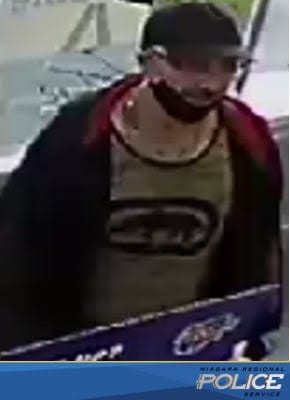 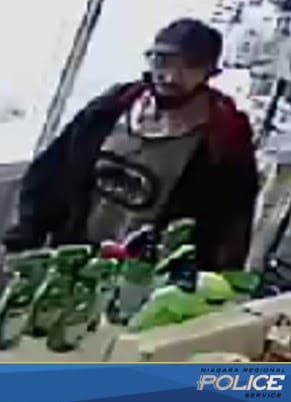 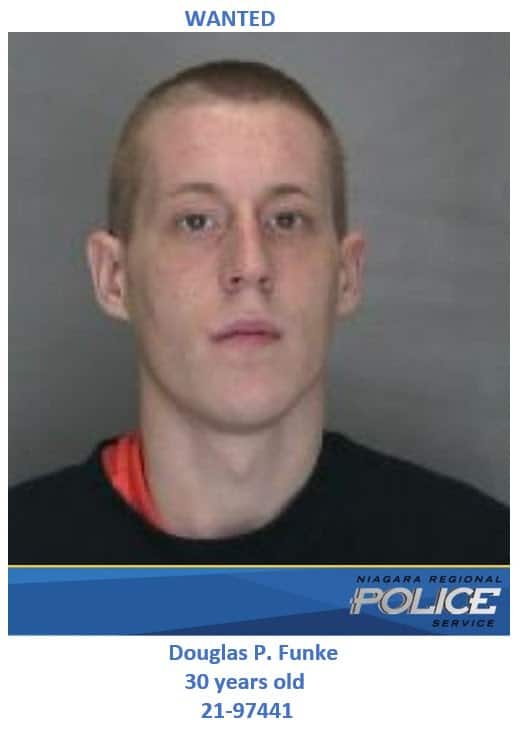