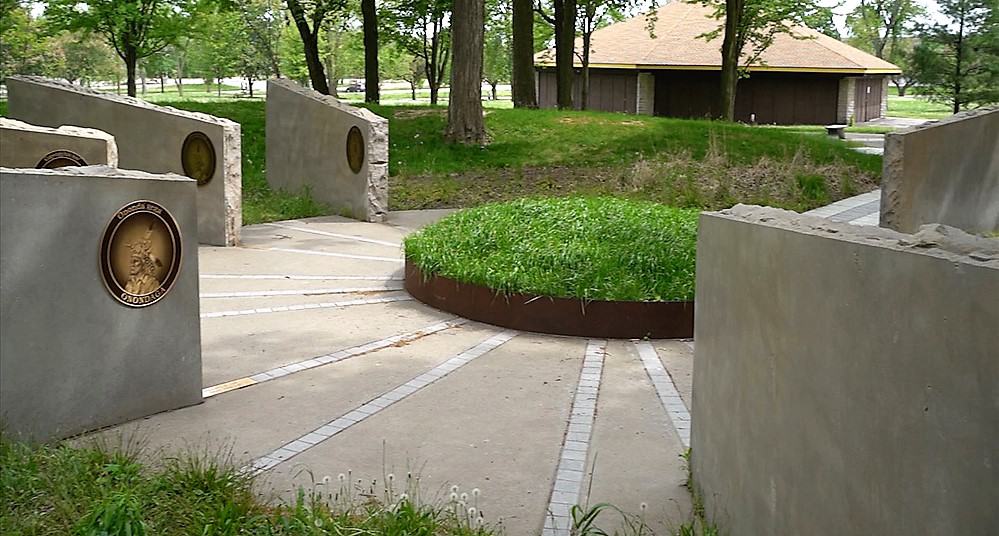 The Town of Niagara-on-the-Lake is calling upon its residents to use Canada Day as a day of support for the Town’s, Region’s and Nation’s Indigenous community.

After the recent discovery of more than 960 unmarked children graves at former two residential school lands in BC and Saskatchewan, NOTL issued a release asking residents to use the day to recognize and honour the “contributions the residents, soldiers, and First Nations peoples of this region made to the development of Canada.”

“We mourn with them and are determined to support their efforts to raise awareness and see a change made for this generation of Indigenous people, and for generations to come.”

As well as being home to the Niagara Regional Native Centre, NOTL is also home of the Landscape of Nations: The Six Nations and Native Allies Commemorative Memorial, a unique memorial site built by The Niagara Parks Commission.

“Created to acknowledge the courage, sacrifice, and contribution of Indigenous people, this memorial is located on the lands of Queenston Heights and is intended to serve as an educational beacon illuminating the critically important contributions Indigenous peoples made to Canada during its formative years.”

The Battle of Queenston Heights is a significant one as it was responsible for the deaths of British commanding officer Major-General Sir Issac Brock (for whom the St Catharines university is named) and his Canadian aide-de-camp Lieutenant Colonel John MacDonell.

The battle was as good as lost until the arrival of First Nations warriors, who ultimately turned back the American soldiers.

The memorial not only acknowledges the invaluable contribution of the Indigenous soldiers but also a historic ceremony of peace and reconciliation between Indigenous people who had fought on both sides. It was held in Niagara on August 31 and September 1, 1815.

The Town is asking that Canada Day be used to “raise our voices in support of all Ingenious people by acknowledging their hardship, sharing in their mourning, and understanding their contributions.”