The Niagara-on-the-Lake Memorial Clock Tower-Cenotaph, far right, will be turning 100 next week but a quick peek at history reveals it was almost not build.

What is now considered Niagara-on-the-Lake’s premier landmark – their Memorial Clock Tower-Cenotaph – is about to turn 100 years old and a quick peek at the history books reveals something astounding about it.

The structure, which was unveiled on June 3, 1922, almost wasn’t built in the first place.

It was originally proposed to honour the town’s residents who fought in World War I but never made it home. The idea was so highly regarded that a Toronto architect, Charles M. Wilmott, was enlisted to design it.

A 27-person committee dedicated to its construction was quickly formed and included the future town mayor, J.M. Mussen. The committee calculated it could be built for $8,000, not much these days but a king’s ransom at the time.

However, not everyone was onboard with the plan. The mayor at the time, Jame Maphee, said the town would be better off spending $10,000 to build a hospital. Other residents wanted to build a new high school or a new sports park.

In the end, on June 28, 1920, they settled on the matter in the most democratic manner possible. They put it to a town-wide vote.

When the clock tower was unveiled in 1922, Niagara-on-the-Lake quickly earned the distinction of being the only town or city in Canada with a war memorial in the middle of its main street.

Since June 3, 2022 is a Friday, the town will hold a ceremony and morning parade on June 4, which both Lord Mayor Betty Disero and the lieutenant-governor of Ontario, Elizabeth Dowdeswell, will attend. The parade will start at 10:45 am (route to come) while the official service will start at 11 am in front of the courthouse at 26 Queen St.

All that being said, the town noted at 100 years old, the tower could use a little help.

The Royal Canadian Legion branch 124 and the town’s Cenotaph Committee are looking to raise money to fix the structure, which is now dedicated to World War II soldiers, as well.

While the town is calculating the amount needed to refurbish the tower, they noted donations can be made HERE. 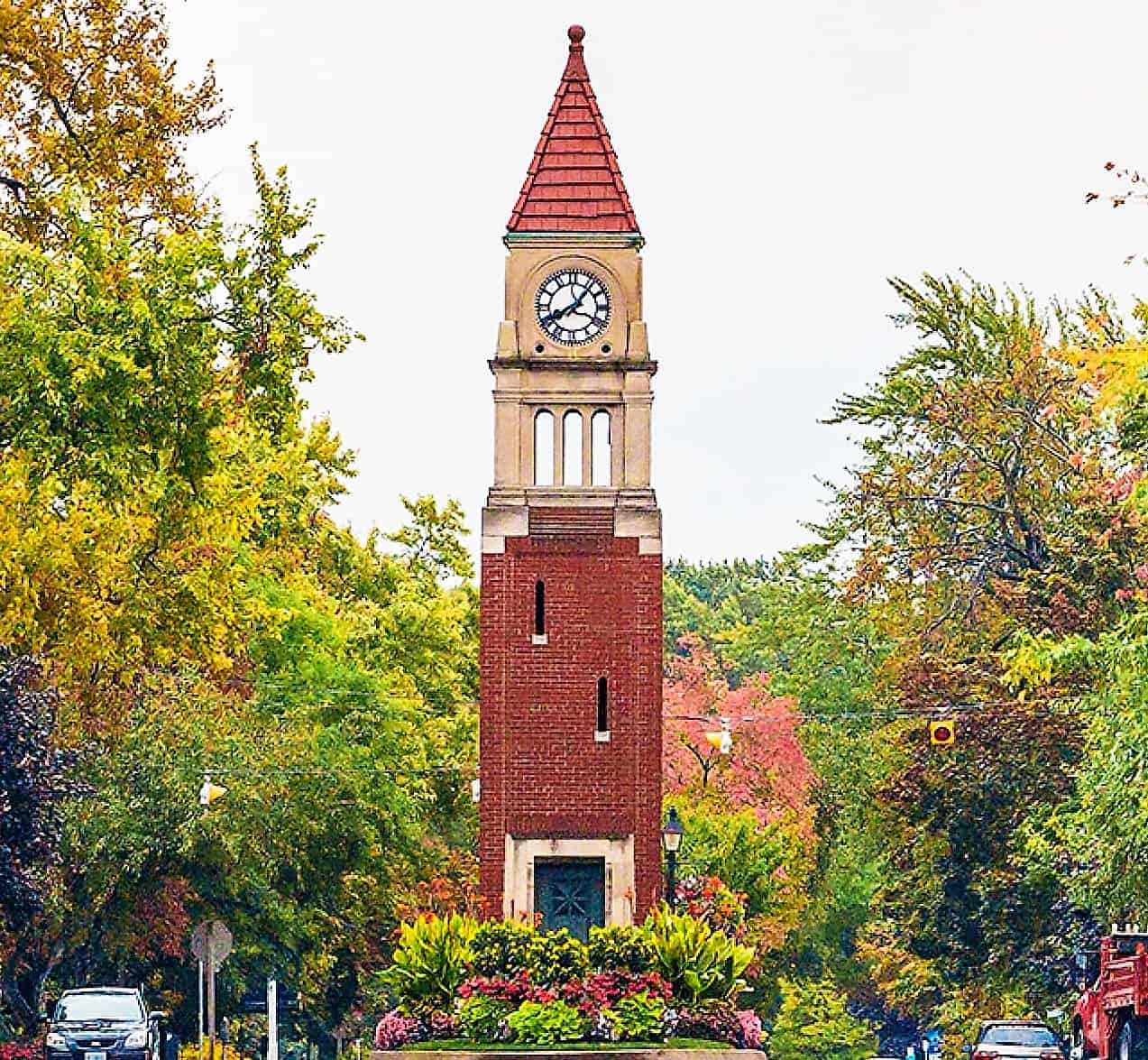