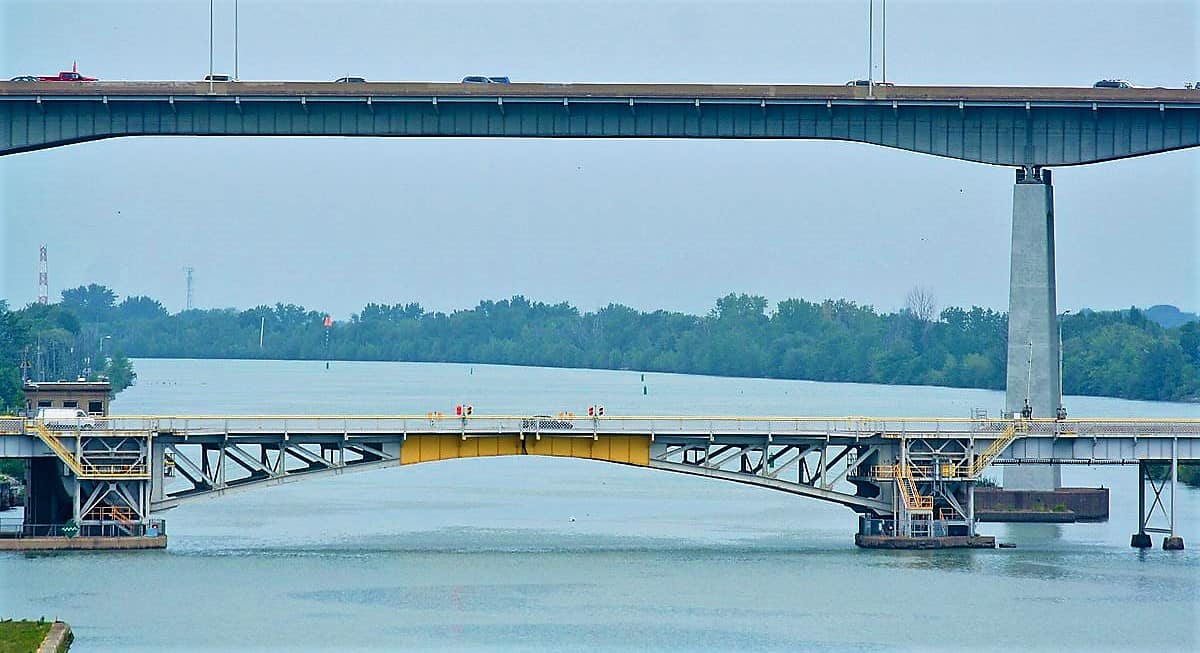 The Homer Bridge/Welland Canal Bridge 4, a popular route for Niagara College students, will be shut down later this month for repairs. It can be seen in the foreground here with the Garden City Skyway behind it.

Niagara College is telling its Daniel J. Patterson Campus students on it Niagara-on-the-Lake campus to avoid the Homer Bridge/Welland Canal Bridge 4 starting next Monday as it will be shut down for repairs until March 1.

“Signage will be posted to redirect vehicle traffic to detour to Bridge 3A at Carlton St. in St. Catharines,” the college said.

“If you are coming to campus for classes or scheduled activities, be sure to allow more time, follow posted detour signage, and please use caution when travelling through the area.

The Welland Canal will see two bridges closed for maintenance soon at opposite ends.

On the north end, the Homer Bridge in St. Catharines will see its deck on Queenston Street, which connects St. Catharines to Niagara-on-the-Lake, completely replaced, shutting it down completely for pedestrians and motorists from January 23 to March 1.

One month after that, the Clarence Street Bridge in Port Colborne on the southern end of the canal – the Lake Erie side – will be closed to all vehicle traffic February 27 to March 10 though one sidewalk will remain open to pedestrians and cyclists during the 12-day span.

The St. Lawrence Seaway Management Corp. said the maintenance was part of their larger $32-million infrastructure investment in the Welland Canal this winter but didn’t specify the costs for these two bridges.

There are eight separate locks, involving lift-bridges, on the 44-km canal which connect Lake Erie to Lake Ontario.