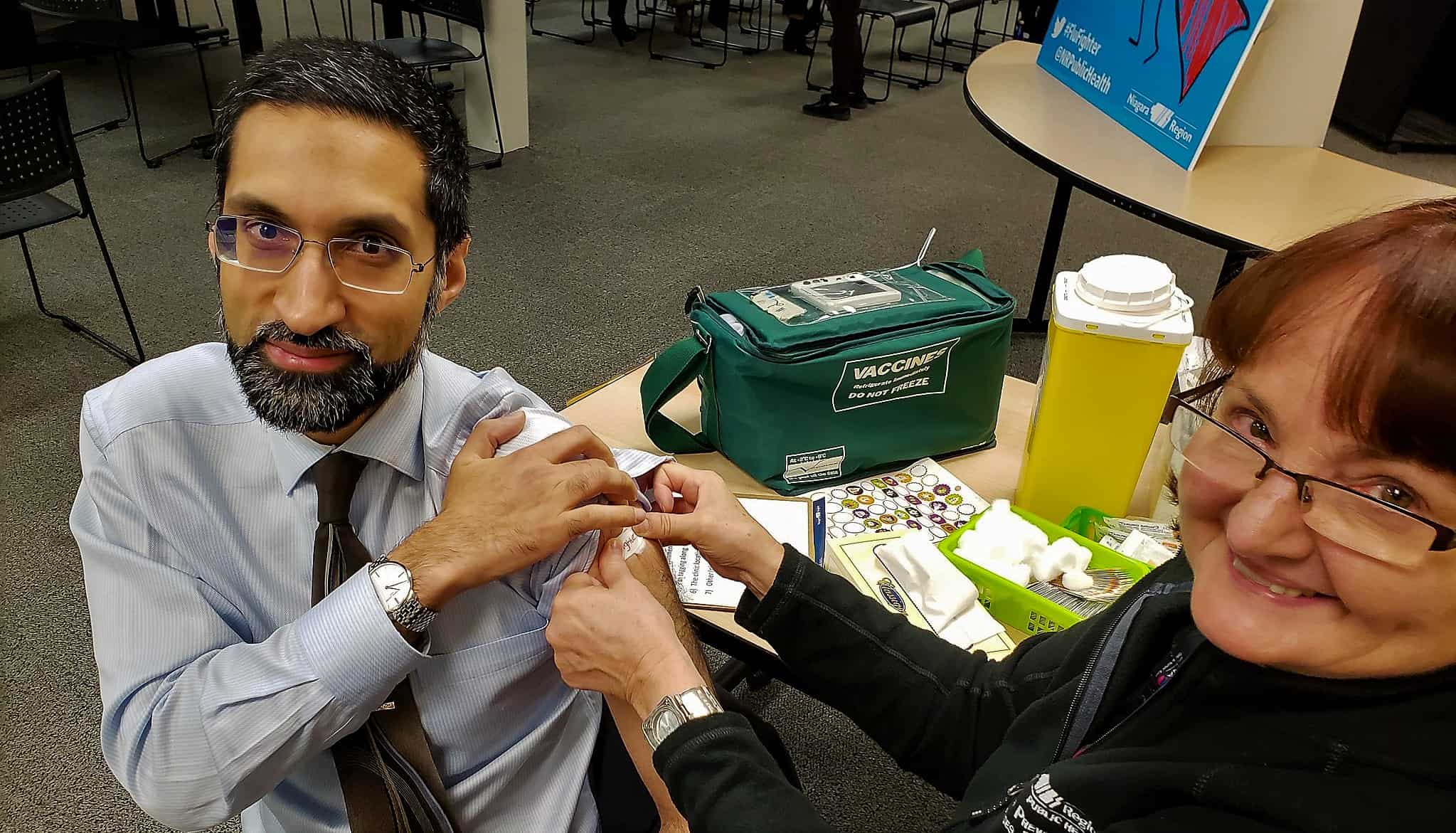 Long before the world had even heard of COVID-19, Dr. Mustafa Hirji was encouraging people to get their annual flu shots. Photo: Twitter

The support for Niagara Region’s acting Medical Officer of Health Dr. Mustafa Hirji continued to flow today after a group of 15 anti-vaxxers went to his house last night (December 21), armed with flashing lights, bells, a siren, a megaphone and the usual non-scientific litany of unfounded, uneducated complaints.

Niagara Falls MPP Wayne joined the support group today, noting, “I saw the video anti-vaxxers targeting Dr. Hirji’s home, this is nonsense and it has to stop. Dr. Hirji is a public servant, a medical professional, and doing his best to save lives. He has the support of elected officials and residents across Niagara.”

After one of the anti-vaxxers suggested they’d be back at Hirji’s home soon enough, Gates added, “This is hard for all of our residents. Hearing them say they will be back over Christmas is disgusting. Enough – let the public health officials do their jobs and save lives.”

One reader responded to Gates, suggesting their were far more appropriate venues than people’s homes. “We have places and ways to make formal complaints. People should use those, not target a persons house regardless of their job or position! Go to City/Town Hall, Parliament, Queens Park, Municipal HQ but leave a person’s home alone. Treat others as you would like to be treated.”

Niagara Regional Chair Jim Bradley responded to the protest this morning, saying he was ​”both frustrated and saddened that yet again we are witnessing the harassment of Dr. Hirji by a small group of people. I want to be exceptionally clear: there is no room for the actions that occurred.”

“I know I stand with the vast majority of Niagara residents when I say that demonstrations at an individual’s private residence are completely unacceptable and reprehensible. This type of behaviour contributes nothing to our public discourse and serve only as an embarrassment.”

Bradley added that the large majority appreciate the work being done by Niagara health care official. “I also know that I stand with hundreds of thousands of Niagara’s residents when I say that we support Dr. Hirji, and the entire team at Public Health. Since March 2020, our hard-working staff in Public Health have made incalculable sacrifices in both their personal and professional lives to keep us safe.”

“We owe a massive debt of gratitude to Dr. Hirji for his courageous leadership and guidance over the last 21 months. Make no mistake, the work of our Medical Officer of Health has saved lives in Niagara.”

Bradley added that while he believes in free speech, oftentimes people crossed the threshold. “While I believe in freedom of expression, I also believe that we have to hold individuals accountable when their actions are over the line.”

“Actions that could be perceived as a threat to the health and safety of a member of our community will not be tolerated. I know that the Niagara Regional Police are well aware of this situation and will take appropriate action if necessary.” 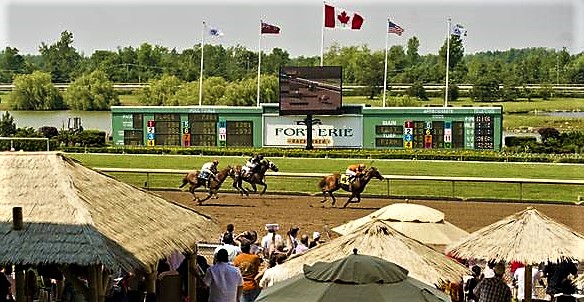