Niagara IceDogs players meet The Great One in person at winery 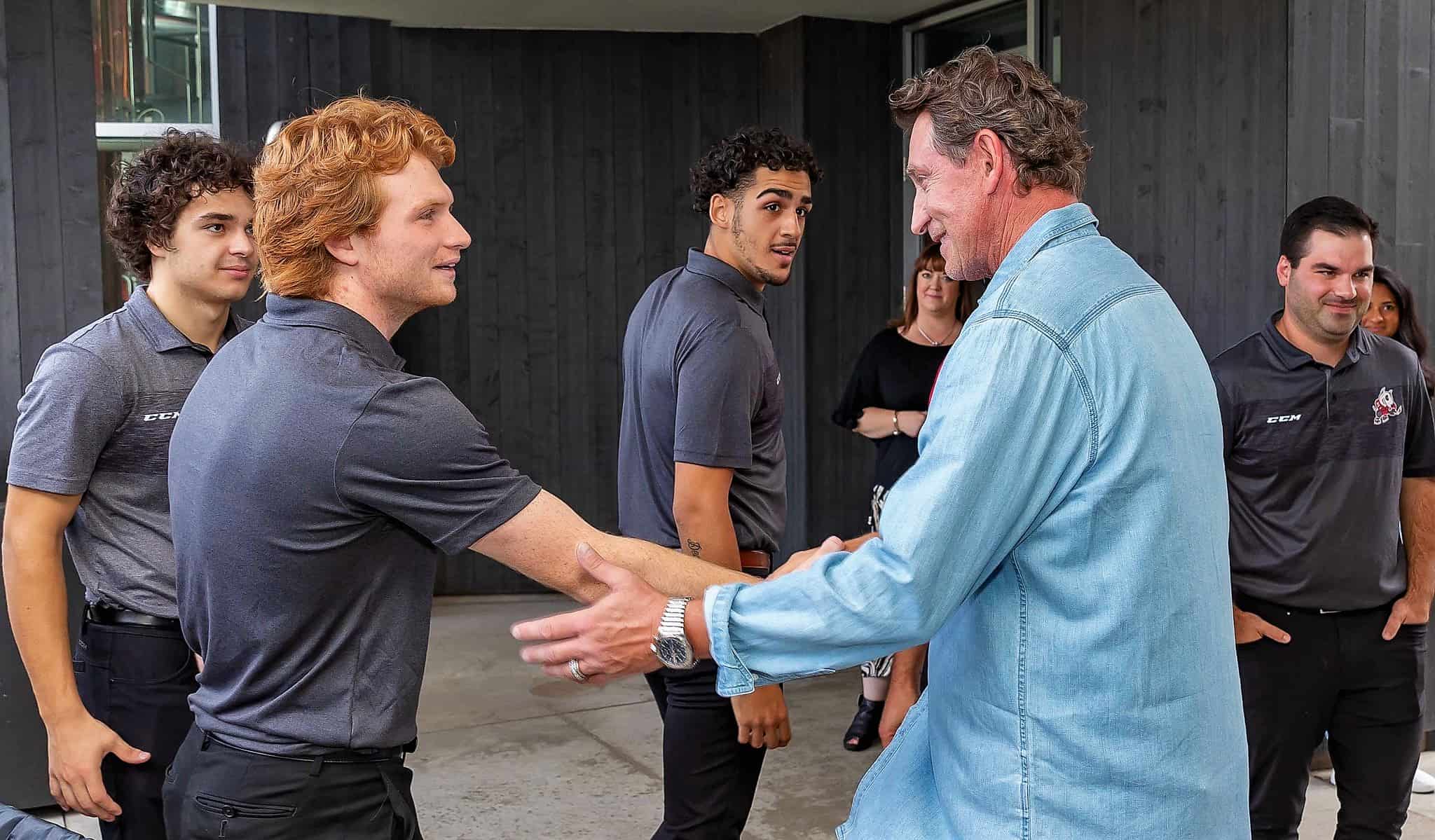 Wayne Gretzky himself was on hand to greet members of the Niagara IceDogs at Gretzky Estates in Niagara-on-the-Lake yesterday. Gretzky is a minority own of the team. (Photo: Natasa Corfield @VividEyePhoto)

Having a local winery/brewery can come in handy when you’re part-owner of a Junior A hockey team.

Granted, when your name is Wayne Gretzky, it’s a safe bet that the OHL Junior A Niagara IceDogs players might be a bit excited to meet you in person.

The players converged on Wayne Gretzky Estates yesterday in Niagara-on-the-Lake to meet The Great One on his Niagara home turf.

Given that the facility is a winery-distillery-brewery all rolled into one, only a handful of IceDogs could have sampled his wares, given the age of Junior players ranges from 16 to 21 years old.

That said, now they won’t have to wait for the season to open to meet with Gretzky, a minority owner of the team.

Back in July, the OHL announced the sale of the team to Brantford’s Darren DeDobbelaer. However, no one knew The Great One himself would also be a minority shareholder with the team. That literally came out of left field.

It also signals that the IceDogs are staying put at the Meridian Centre in St. Catharines, their home since 2007, at least for the foreseeable future.

Gretzky famously played in the OHL for the Soo Greyhounds during the 1977-78 season prior to turning the hockey world on its heads in a career that saw him pretty much torch the existing NHL record book, rewriting it as he saw fit.

Now a Los Angeles resident, Gretzky seemed happy to be jumping back into the OHL scene.

“I’m really excited about being back in junior hockey and have always loved it. To be partnered with a fellow friend from Brantford is so exciting for all of us and we can’t wait to get started,” he said in July.

The sale of the team to DeDobbelaer came after the IceDogs general manager Joey Burke and head coach Billy Burke were suspended in April after an investigation into a text message conversation that contained sexist and homophobic slurs. A OHL fine of $150,000 was leveled against the pair and the team.

That lead team owners Bill and Denise Burke, the parents of Joey and Billy, to announce on May 17, “After 15 years, it is with mixed emotion to announce that we have decided to move on. It was one of the greatest joys of our lives to be able to bring major junior hockey back to the Niagara Region and see our fan base flourish as you all embraced us.” 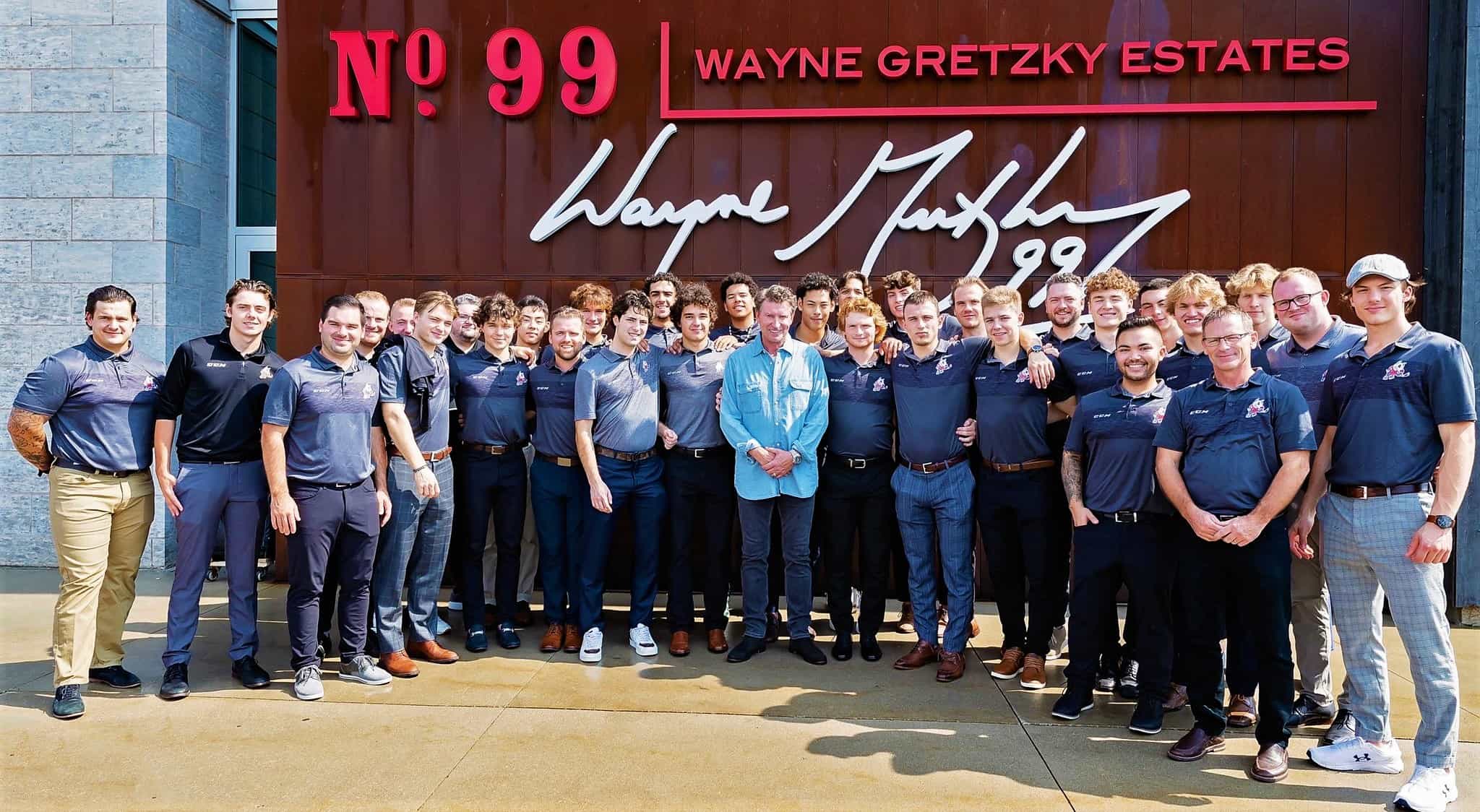 Less than half of them are old enough to drink but you can bet the Niagara IceDogs won’t forget their trip to Gretzky Estates in Niagara-on-the-Lake yesterday to meet The Great One himself. (Photo: Natasa Corfield @VividEyePhoto)