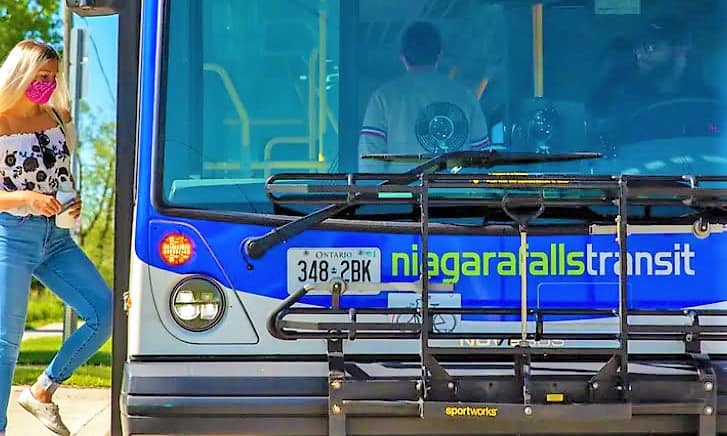 While Niagara Falls Transit has been free for voters on Election Day, for the upcoming municipal election on October 24, they’ve extended it even further.

Any Transit user who has their Voter Notification Cards can also get on the Niagara Falls buses free for any of the Advance Poll dates, which will be October 1, 2, 7, 8, 14, 15 and 16.

“Eligible electors should receive a Voter Notification Card in September. This card will provide them information regarding when and where to vote in addition to other important election related information,” said the report prepared for last week’s council meeting by Carla Stout, the city’s General Manager of Transit Services and Margaret Corbett, the city’s Records & Elections Officer.

“By showing this Voter Notification Card, electors will have the opportunity to ride the bus to and from their polling location in an effort to encourage voter participation.”

The pair openly noted that the free shuttle to the polls could cost the city some money. “Revenue will be lost, however, it is difficult to determine an exact dollar figure prior to the advanced poll dates and day of the election.”

That said, councillors thought the initiative are worth passing and rubber-stamped it.