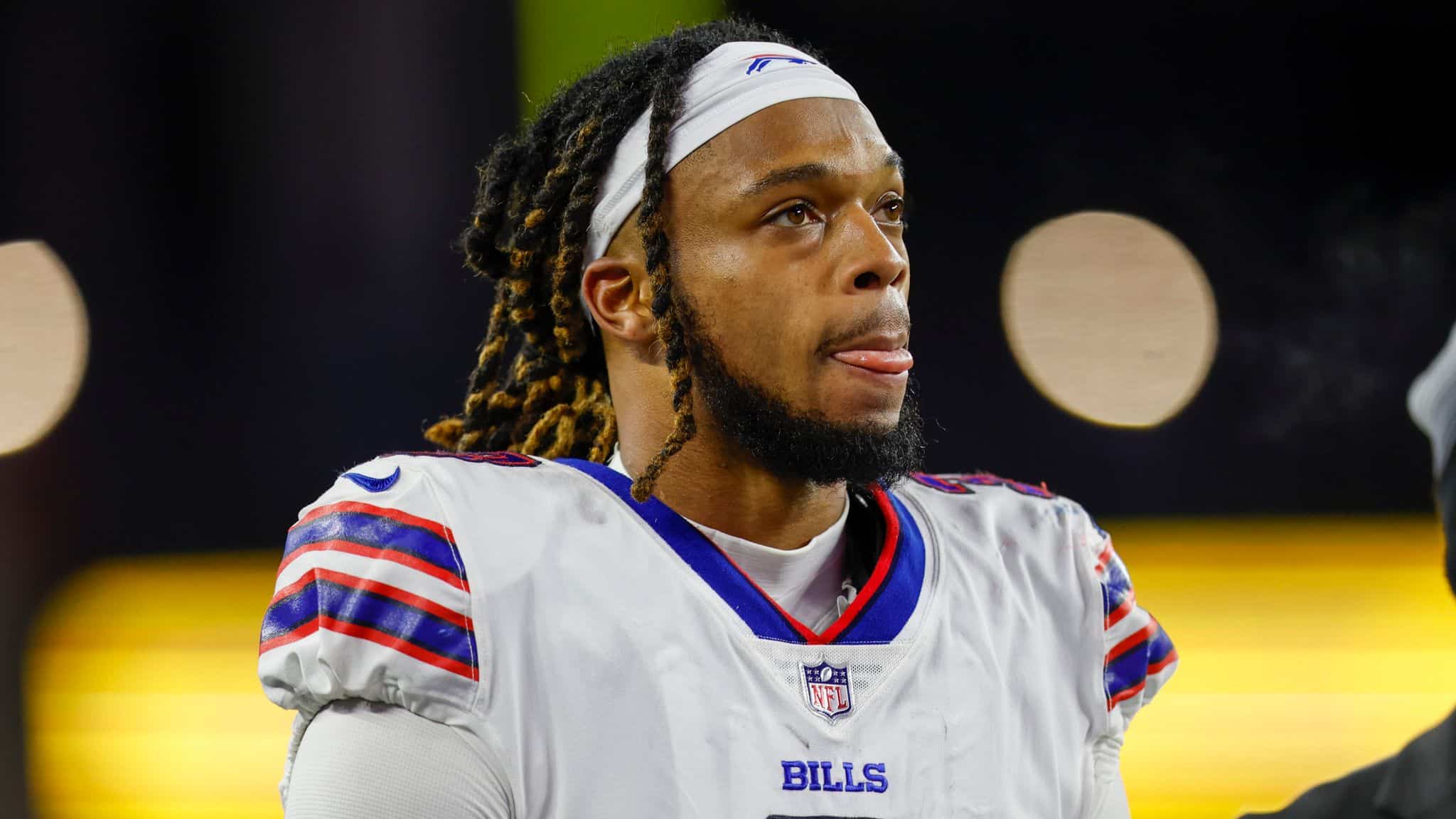 Damar Hamlin, a 24-year-old safety for the Buffalo Bill, suffered an on-field heart attack last night during the game against the Bengals in Cincinatti. (Photo: Buffalo Bills)

Both the American Falls and Canadian Horseshoe Falls will be lit up in blue tonight from 9 to 9:15 pm in support of both the Buffalo Bills and their 24-year-old safety, Damar Hamlin.

Hamlin collapsed on the field in Cincinnati last night, following what appeared to be a routine play, as he suffered from cardiac arrest. The game was not even halfway over when the NFL suspended it “indefinitely.”

Medical crews were on the field instantly and were successful in getting his heartbeat restored on the field where the young player collapsed. However, he remains in critical condition in a Cincinnati hospital.

Said the Niagara Falls Illumination Board today, “Niagara Falls’ thoughts are with Hamlin, his team, and the City of Buffalo.”

The large majority of NFL fans in the Niagara Region cheer for the Bills, given their proximity to the region.

A GoFundMe page for a community toy drive organized by Hamlin has since surged to over $3.1 million dollars in donations – well beyond the initial goal of $2,500.

Both the American Falls and Canadian Horseshoe Falls, shown here, will be lit up in blue tonight in support of both the Buffalo Bills and their injured safety Damar Hamlin.