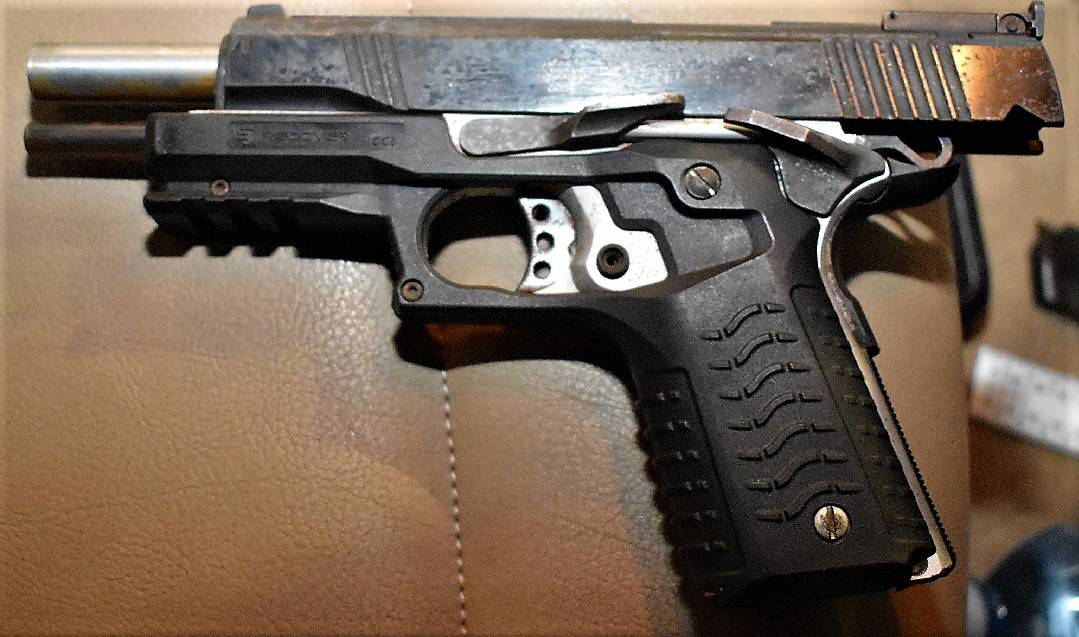 The handgun seized by the Niagara Police after a January 1 collision in Niagara Falls. (Photo: NRPS)

Niagara Police have charged two men after a collision in the wee hours of New Year’s Day in Niagara Falls.

Police allege they came to the scene on Main Street near Ferry Street after a collision call at 3:48 am only to find the passenger of one vehicle had taken off on foot while the driver of the same vehicle shifted into the passenger’s seat.

Police allege that the driver, who witnesses said moved into the passenger seat, seemed impaired. Police also allege that officers found a black and silver handgun at the suspect’s feet.

Police say the gun was not loaded and there was no ammunition found.

Eventually, police identified the passenger who reportedly fled the scene and arrested him as well on gun charges.

The driver, Brandon Robert Bird,  27, of Niagara Falls, has been charged with a number of offences, including impaired operation of a motor vehicle, refusing to comply with a breath demand, unauthorized possession of a firearm and more.

The passenger, Benjamin Gregory Raspal, 21, of Niagara Falls, is also facing a number of firearm-related charges.

Both men were held for a bail hearing in Hamilton and have been remanded into the custody of Ontario Correctional Services.

Police say that no injuries were sustained as a result of the motor vehicle collision.