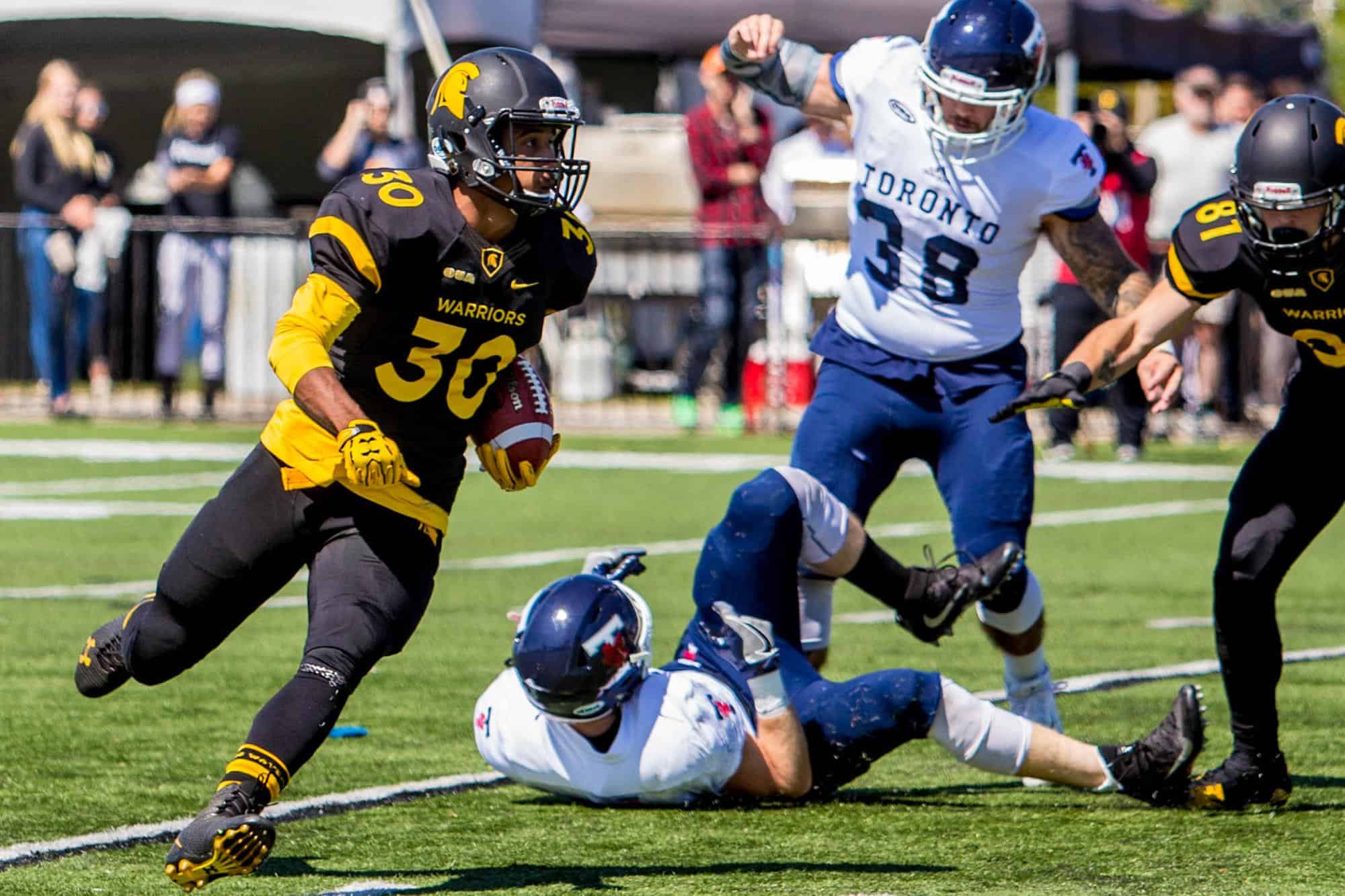 A lot of NFL clubs got a good look at Niagara Falls native and defensive back Tyrell Ford over the past couple of weeks.

After being released by the Winnipeg Blue Bombers to pursue NFL opportunities, Ford, 24, inked a deal with the Green Bay Packers yesterday (January 10).

However, aside from the Packers, a number of NFL clubs saw him work out, including the Los Angeles Chargers, Denver Broncos, New England Patiots, Jacksonville Jaguars and Cincinnatti Bengals.

Ford spent his rookie season with the Winnipeg Blue Bombers, who made him their first pick, 13th overall, in the 2022 CFL draft out of Waterloo. With the Bombers, he recorded three solo tackles and 10 total tackles in 18 games.

He came to the Blue Bombers from the University of Waterloo Warriors where he played four seasons (2017-21) with 94 total tackles, six sacks, 20 pass knockdowns, and six interceptions, including one returned for a touchdown.

Blue Bomber general manager Kyle Walters was excited to see his player get an NFL deal, telling Global News, “You’re just happy for the guys and the opportunity that they get. To get a shot in the CFL and then to do so well and get a shot in the NFL, it shows good on our Canadian talent and our Canadian universities in particular.”

“We’re happy for Tyrell,” Walters added. “He’s very athletic and he really progressed this year and obviously, Green Bay saw enough and reviewed his test numbers. And he’s a phenomenal athlete and now he’s going to get a shot to play in the NFL, which is great for him and his family.” 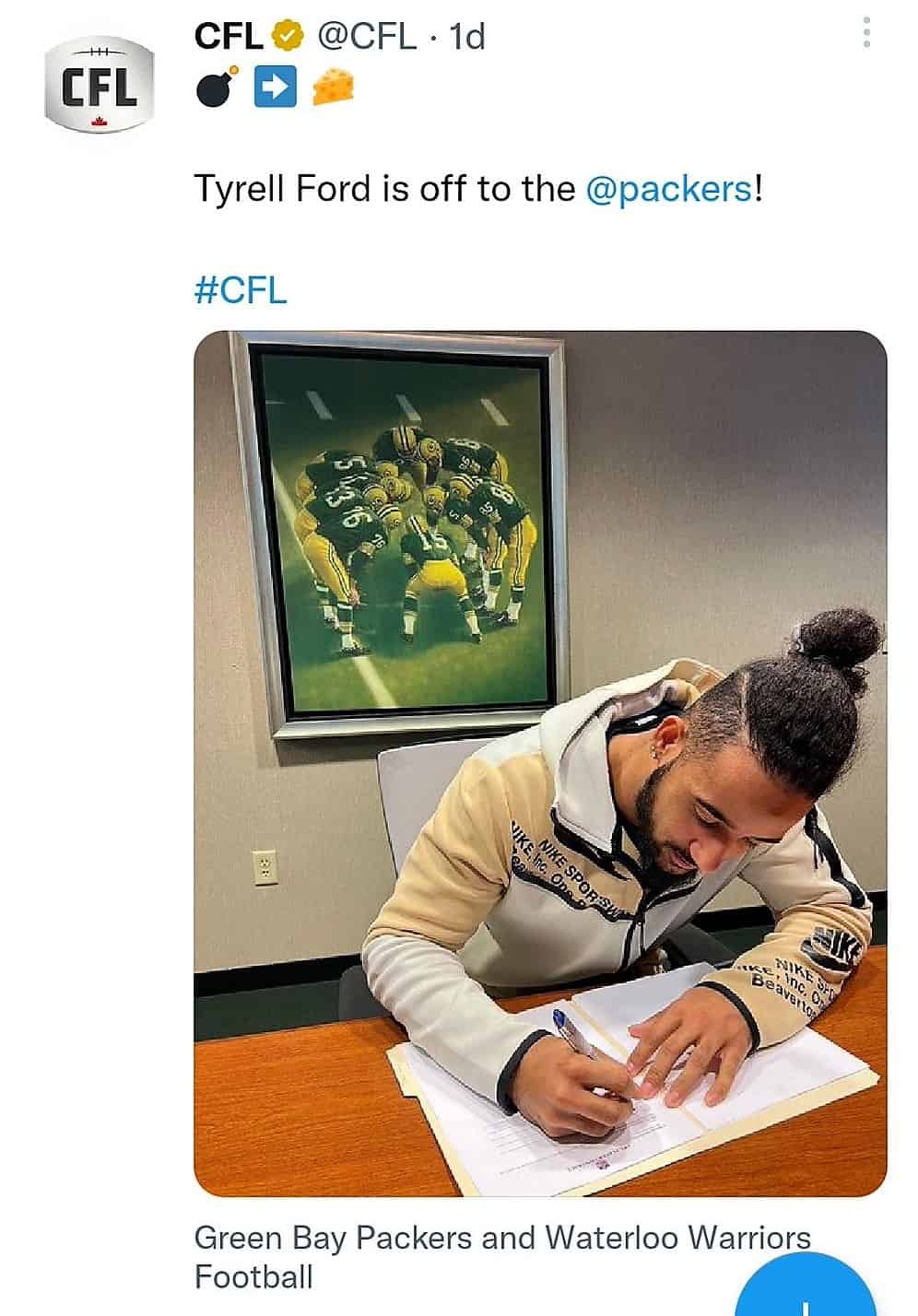