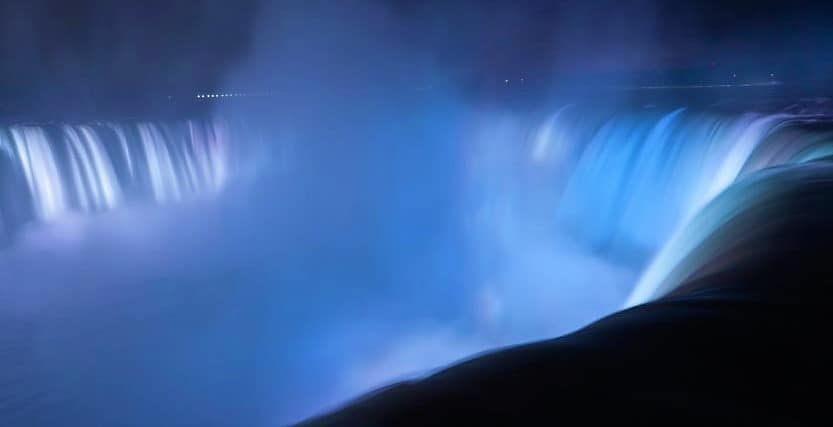 Niagara Falls will be turning blue and white this Friday for the Toronto Blue Jays season opener. (Photo: Niagara Parks)

Niagara Falls – both the Canadian Horseshoe Falls and American Falls – will be turning blue and white this Friday (April 8) to mark the season opener of the Toronto Blue Jays.

Playing the Texas Rangers in the season debut, this marks the team’s 45th season.

The Niagara Falls Illumination Board will light the falls in blue and white from 8:45 pm to 9:00 pm.

“The illumination of Niagara Falls in blue and white is a breathtaking show of support for Canada’s beloved Blue Jays as the nation celebrates their first full season at home in two years.”

Marnie Starkman, Executive Vice President of Business Operations for the Toronto Blue Jays, had another reason to be excited about the opener.

“This Friday’s Blue Jays Opening Night is going to be an emotional moment for our organization as we welcome our team home for the first full season since 2019,” said Starkman. “The illumination of Niagara Falls demonstrates the meaning of this team to millions of Canadians as we prepare for a thrilling baseball season ahead.”

For the 2020 and 2021, the Blue Jays began playing their home schedule at Sahlen Field in Buffalo due to COVID-19 restrictions between Canada and the U.S. On July 30, 2021, the Blue Jays returned to Rogers Centre for the first time since the 2019 season.