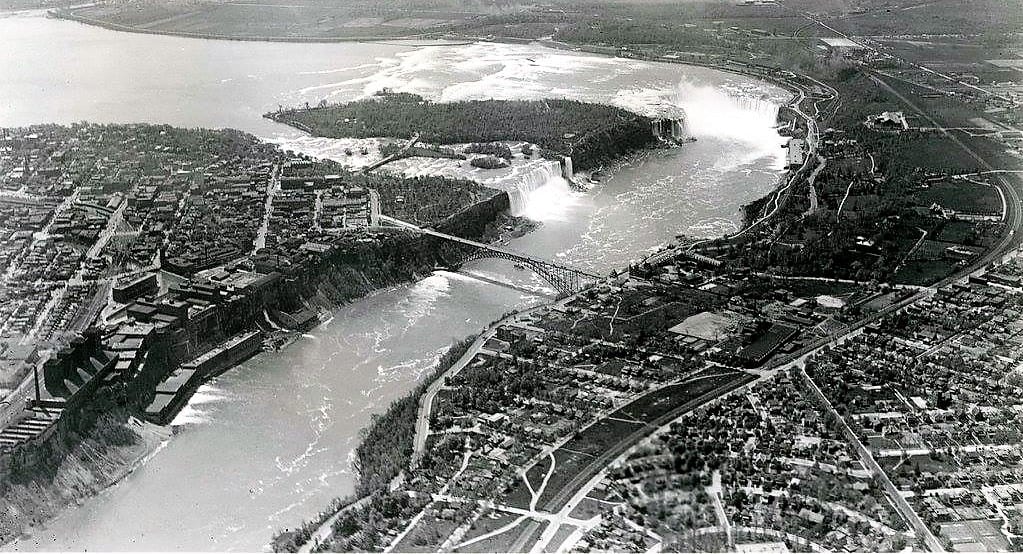 Back in 1925, there was virtually no businesses, no high-rise hotels, no real tourism culture around Niagara Falls. (Photo: Danial Dumych collection at Niagar the County New York History Center)

If you had a time machines and went back to the Niagara Falls of 1925, you might think it dropped you off at the wrong place.

In and around the falls, there was virtually no businesses, no high-rise hotels, no real tourism culture back in those days.

Yes, tourists came all the time to see the wonder of nature but if you look at then and now, 97 years later, the only thing the two time periods have is, well, the falls themselves.

The fact is, even the falls have changed. They are roughly 140 feet (43 metres) further north than they were in 1925.

But most astonishingly, the hundreds of bungalows a mere one or two minute walk to the edge of the Niagara Gorge in 1925 have virtually disappeared.

However, the most promising aspects of comparing the two photos below – then and now – is the impressive amount of trees around the falls these days.

Still, the empty wooded areas up around Niagara Falls to the north has likewise been replaced by tourist attractions, hotels, casinos and observation decks.

Look at the hundreds of house a mere stone’s throw from Niagara Falls in 1925.

Compared to the photo above, you can see how the Horseshoe Falls are more deep-set through erosion while things remain virtually identical on the American side.