The new Cake ATM installed at Fallsview Casino Resort where for $9.99, gamblers can grab a fresh slice. (Photo: Twitter)

Fallsview Casino Resort now has a cake slice vending machine for the gamblers who need a quick sugar fix.

Officially called a “Cake ATM,” it’s the brainchild of Carlo’s Bake Shop, which is headquartered in Mississauga, and the one at Fallsview is hardly the first.

In fact, in Ontario, this location, which just opened this week, is the 21st, which is more than appropriate for this casino and its many Blackjack tables.

However, while there are, in fact, four vending machines alone at Pearson International Airport, Fallsview is the only casino in Canada that has this Cake ATM.

That said, it’s the second in the region as the Outlet Collection At Niagara in Niagara-on-the-Lake has had one for a while.

Connected to “The Cake Boss” TV show, the casino tweeted, “The cake ATM offers fresh Hoboken-style rainbow, red velvet, chocolate and carrot cakes. The perfect treat as you tour the Galleria. Located near the Avalon Theatre, grab a slice today!”

The machine has about 15 different selections of slices, all of which are baked fresh daily, and regardless of your favourite, they run $9.99 per slice.

The vending machine will be easy to spot, as it will have a large photo of chef Buddy Valastro, the owner of Carlo’s Bakery, as well as the face of Buddy V’s Ristorante. Valastro is best known as the star of the reality television series “Cake Boss,” which premiered in April 2009.

While in actual fact you could buy a whole cake at most grocery stores for $10, the portions are very generous. Said one reviewer, “Each piece is so gigantic, you could easily share it with another person.” 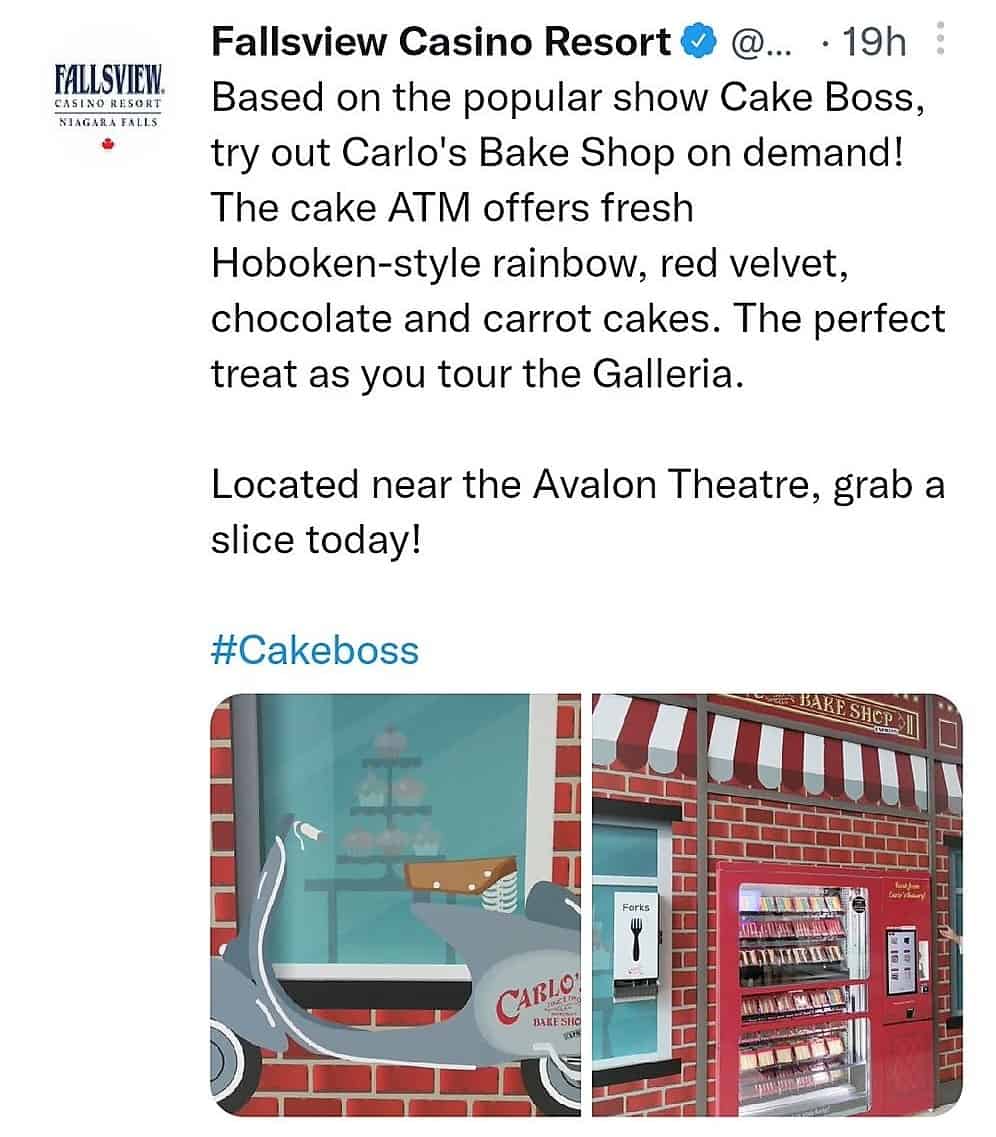 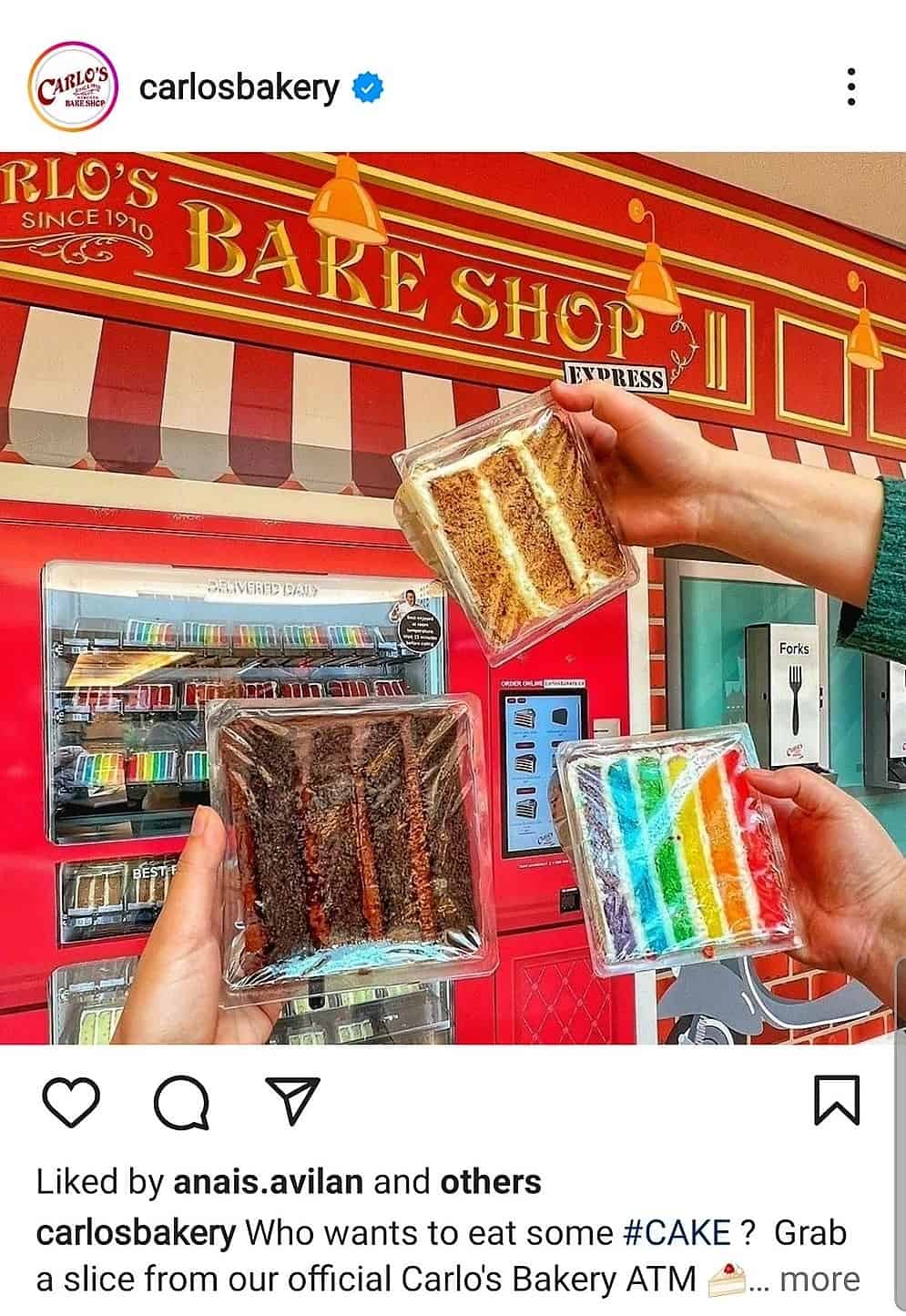 Left, the announcement of the new Cake ATM at Fallsview Casino Resort on Twitter yesterday while, on the right, an Instagram post from Carlo’s Bakery shows some of the various slice samples.