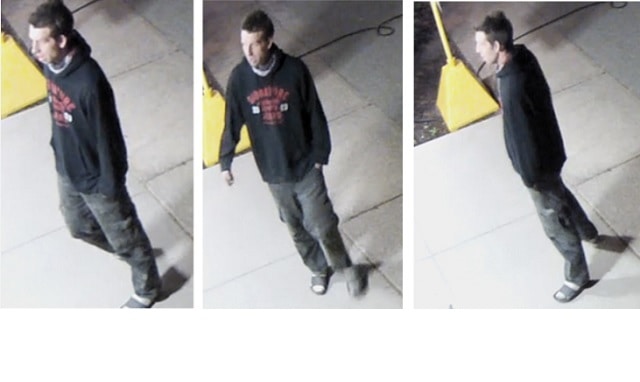 Niagara Regional Police Service is seeking the public’s assistance in tracking down a suspect in a break-and-enter in Niagara Falls.

The NRPS has published a surveillance photo of the suspect that was captured on June 12 at 4:30 p.m. at a self-storage facility.

He described as a white male with short dark hair. He was wearing a black hoodie with red writing, with a white T-shirt underneath, along with camouflage pants and flip-flops.

Anyone with information on the whereabouts of this individual is asked to call Niagion Regional Police Service at 905-688-4111 and request to speak to “dispatch.”

Information that might be helplful to any NRPS investigation may also be sent through Crime Stoppers Niagara. They can be reached by phone at 1-800-222-8477, by text at 274637 (CRIMES) or online at crimestoppersniagara.com.