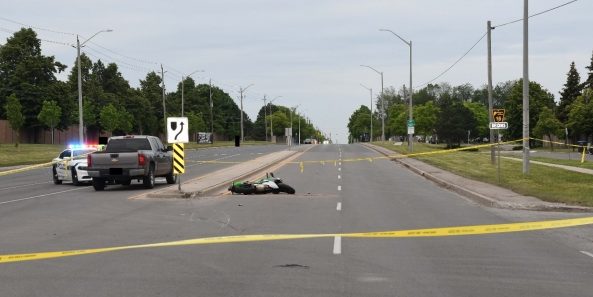 A Niagara Region police officer will not face criminal charges despite being responsible for a traffic collision that sent a Brampton man to the hospital.

The Province’s Special Investigations Unit was called in to investigate the collision, which occurred June 2 near the intersection of Kennedy Rd. and Bovaird Dr.

When he made a U-turn to continue his surveillance, the officer collided with the motorcycle, sending it skidding on the pavement for 10 metres and breaking the leg of the driver.

While the SIU laid the complete blame for the collision on the officer, the report said it was a momentary lapse in attention which did not warrant criminal charges.