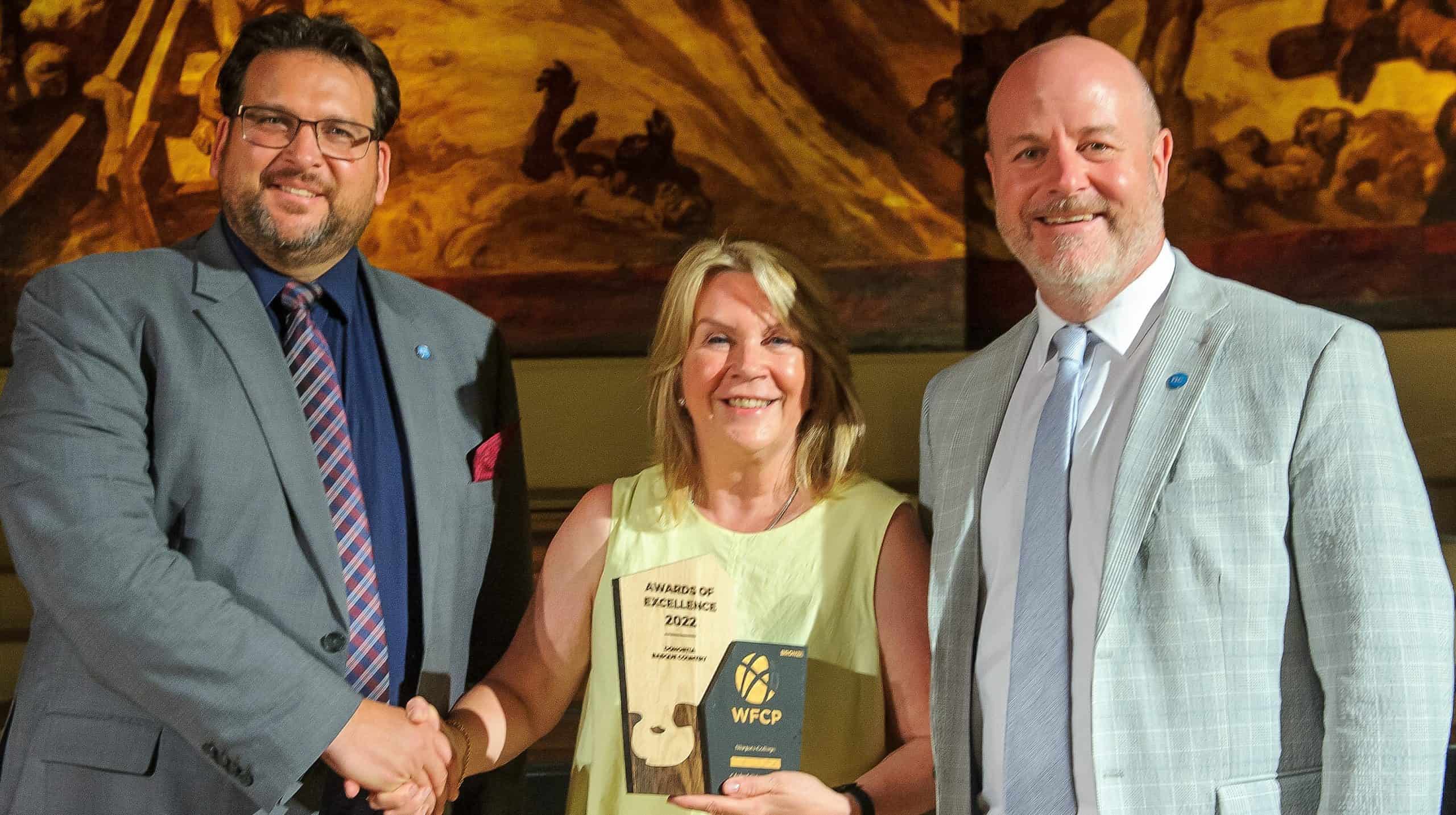 In a world seemingly torn into two distinct solitudes, Niagara College won an international bronze medal for its work towards global citizenship.

On June 17, in San Sebastian, Spain, the college was lauded by the World Federation of Colleges and Polytechnics (WFCP) for their contributions to excellence in the global technical and vocational education and training (TVET) sector at the WFCP’s 2022 Awards of Excellence.

On hand to collect the award was Niagara College president Sean Kennedy, and vice-president of International, Sean Coote.

“This achievement recognizes the dedication of Niagara College’s staff and faculty in providing outstanding applied education and training for a changing world,” said Coote.

“In preparing world-ready graduates, Niagara College is fostering global mindedness and intercultural competencies, which are a necessity to thrive in the twenty-first century as the world becomes increasingly interconnected.”

He added that the college’s commitment to global citizenship is evident in its approach to student success as the College “strives to provide culturally diverse and inclusive learning environments and experiences, infuse global competency development into its work, and foster collaborative partnerships in Canada and around the world.”

Earlier this year, the college was awarded a silver in Global Engagement Excellence by College and Institutes Canada at its 2022 Awards of Excellence ceremony.

The awards, which acknowledge institutions from across Canada for their best practices and achievements, were presented at CICan’s annual conference in Halifax, Nova Scotia.