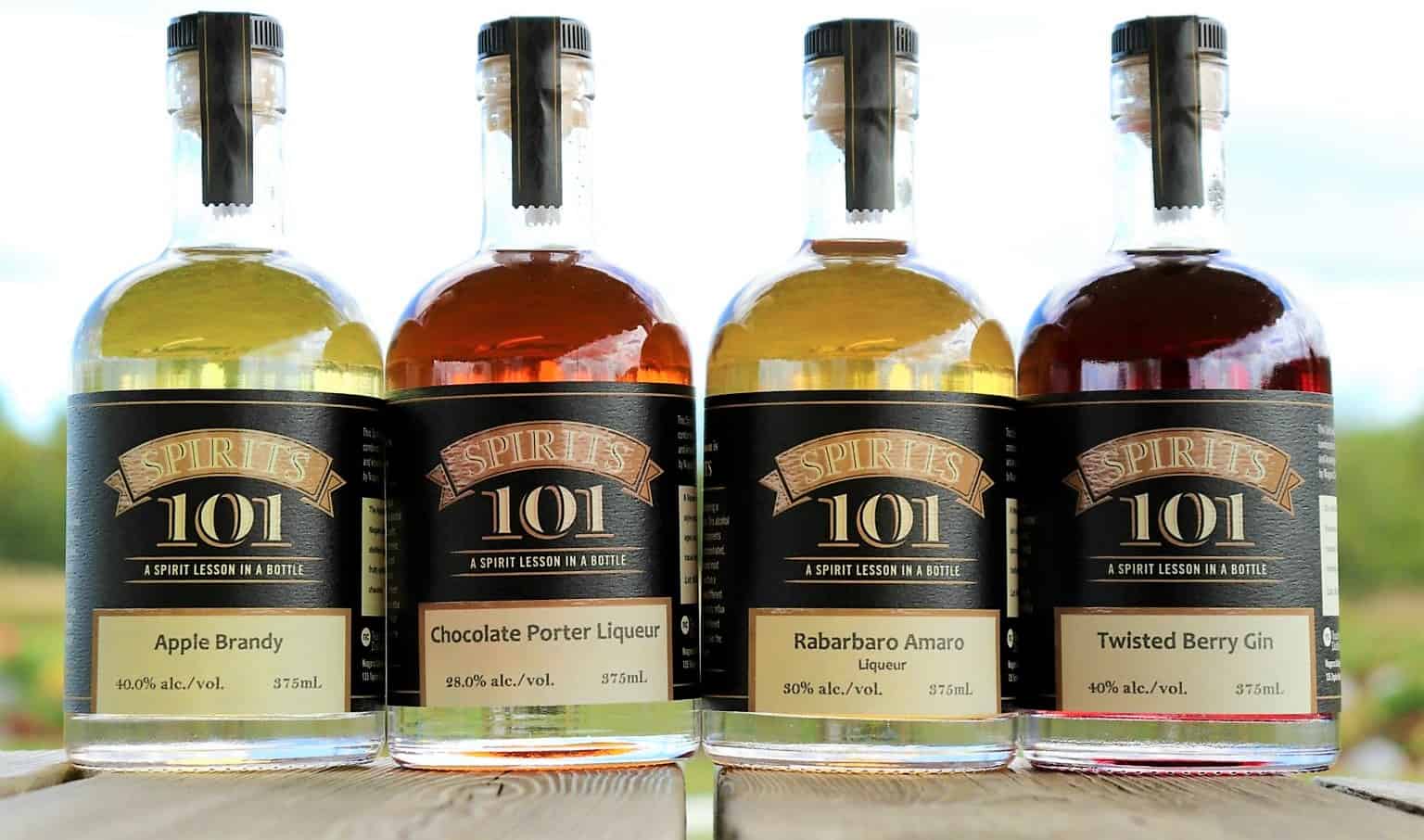 Four new spirits created by students in the Niagara College Artisan Distilling program back in Spring 2021 just went on release under the College’s Spirits 101 label to the students and public at the program’s bottle shop.

For two students, Marye Anne Chisholm and Sujith Naveen, it was a chance to see if their Chocolate Porter Liqueur would work.

It did – beautifully – and became one of the four distilled spirits being offered up. Clearly, it was an exciting moment for Chisholm.

“To see it, finally, and have it in my hands was exciting,” Chisholm told the college’s newsite. “I ran down to the store and bought it right away. The girl who helped me said, ‘Do you want to taste it first?’ No, I just wanted to buy it.”

Chisholm was encouraged by Head Distiller David Dickson to channel her love of chocolate into a capstone project that was a grain-to-glass production similar to bourbon or whisky.

The trick said Chisholm was finding different flavours that complement one another.

“There was a lot of experimentation so we got to see what worked,” she said. “For me, it was exciting when we actually did the distilling and saw the flavours come together because they didn’t compete with each other.”

The three other spirits joining Chocolate Porter Liqueur for sale on the shelves at the College’s Wine Visitor + Education Centre are:

Each spirit was made in small batches that produced about 200 bottles. The new spirits, along with staples from the School Spirits line, are for sale in-store at the College’s Wine Visitor + Education Centre at 135 Taylor Road in Niagara-on-the-Lake.