Niagara College student’s “gin win” shocks her; she didn’t know she was entered 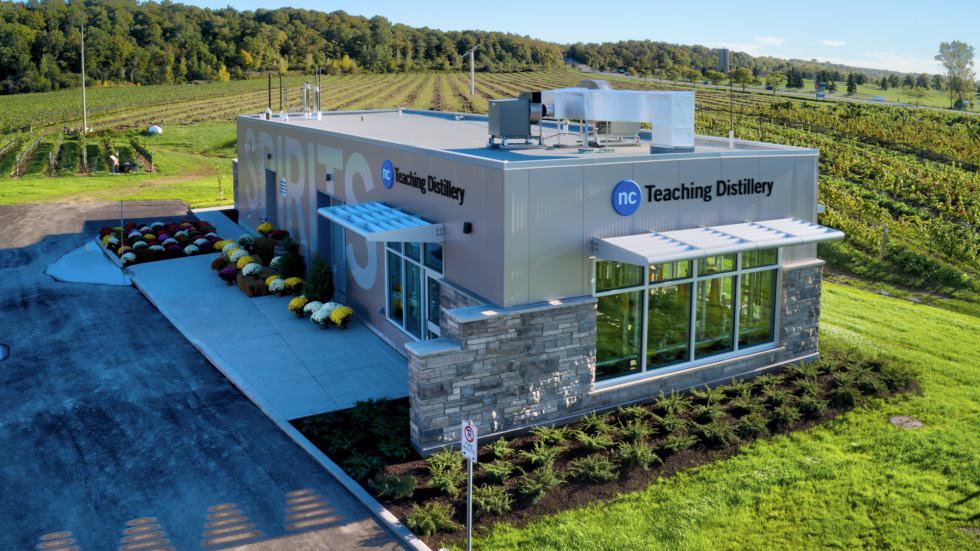 You could say that Niagara College Artisan Distilling program student Emma Culbert was a little surprised to discover her Twisted Berry Gin had won gold at the 2022 U.S. Open Whiskey and Spirits Championship.

The truth is she had no idea her gin was even entered.

When she opened an email from Niagara College head distiller David Dickson, she was caught a little bit flat-footed.

“I didn’t actually know that it was entered,” Cuthbert said. “I got the email from Dave at the distillery saying that we won gold. It was just kind of a shock.”

The gin was a group effort with Cuthbert at the helm as she and her Artisan Distilling program classmates created Twisted Berry Gin last year for their capstone project at the Niagara-on-the-Lake campus.

It wasn’t the college’s only win at the competition. Their Chocolate Porter Liqueur won gold in the Flavored Whiskey category while they also took home a bronze in the Dark Rum/Gold/Barrel-aged Rum category for their Dark Rum.

The U.S. Open Whiskey and Spirits Championship ranks the best distilleries, whiskeys and spirits among entries it receives from across the United States and Canada.

Cuthbert said she and the others in her group wanted to make a gin for their capstone project so they could experiment with different applications of botanicals. One of their initial thoughts was to include berries.

“When we were deciding on what berries to use, we did a lot of extractions at home, just to kind of test out what flavours we thought we were going to like the best and [to try] different flavour combinations.”

Twisted Berry Gin is an unsweetened gin infused with raspberries, strawberries and blueberries, giving it a natural sweetness that can be used in different cocktails and paired well.

“The creative aspect was the most enjoyable—trying to figure out how much of each of the extractions we were going to use,” Cuthbert said. “The recipe development for the gin itself…was what we thought was going to be a challenge, but it actually ended up working out very well. The berries aspect was the most challenging.”

Chocolate Porter Liqueur—the second of this year’s gold-winning spirits—got its inspiration from the Teaching Distillery’s Southern Hospitality bourbon-style spirit. The recipe was modified to include specialty grains, including Pale Chocolate Malt and cocoa nibs.

“Half of the chocolatey flavour comes from those grains and half comes from cocoa nibs,” Dickson said. “It’s short-aged in a barrel, and it’s probably been our most successful or our most sought-after product so far.”

The third winning entry—the Dark Rum—is a high percentage molasses-based rum that was aged for an entire year in an oak barrel. Molasses gives a different character than a more neutral sugar does, Dickson said, so it has a “bigger, bolder set of flavours.” 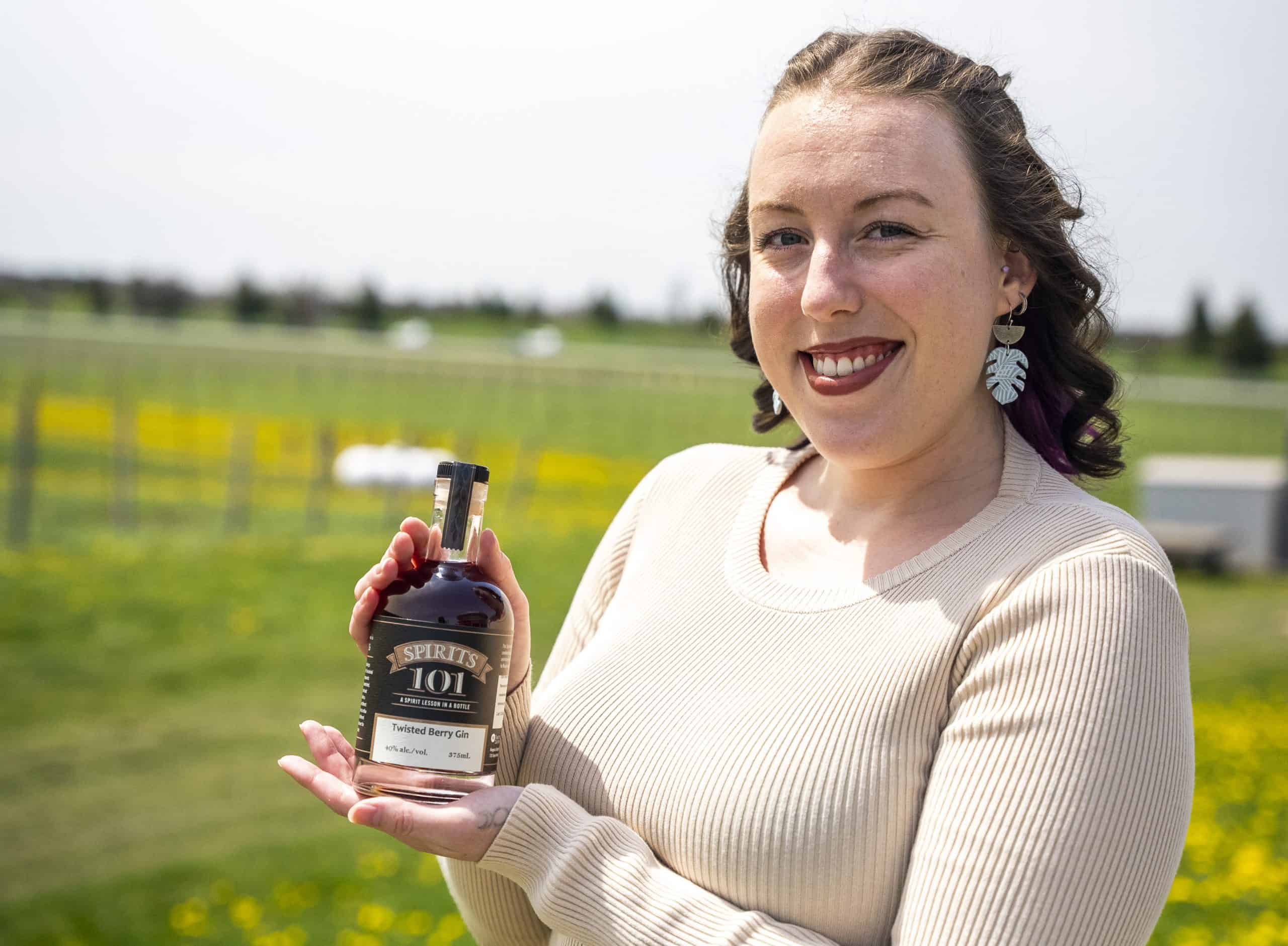 Emma Cuthbert holds a bottle of Twisted Berry Gin, which recently won a gold medal at the U.S. Open Whiskey and Spirits Championship. Last year, as an Artisan Distilling student, she and her classmates created the spirit for their capstone project.