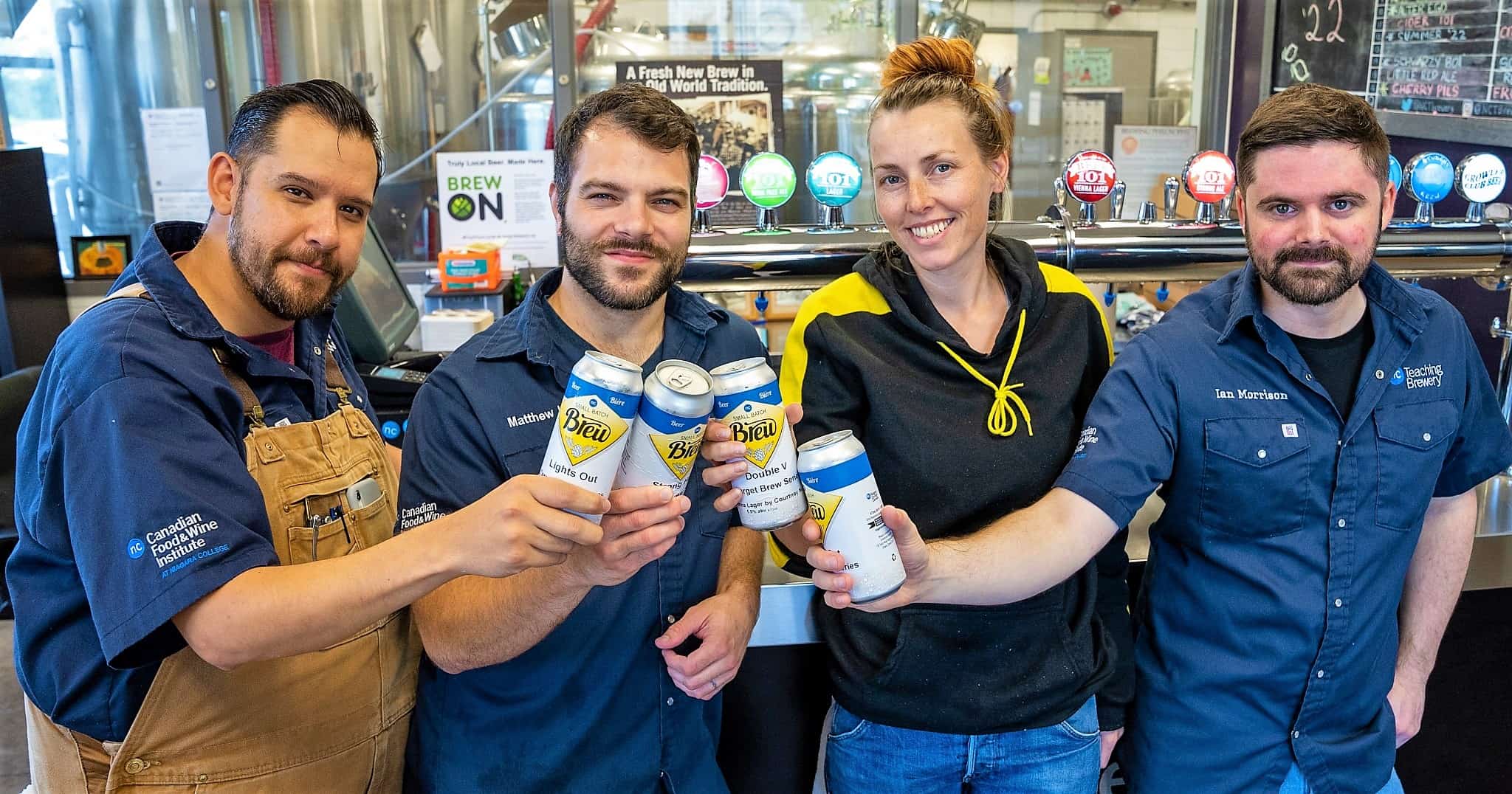 “I was very excited to hear the results of this competition,” Morrison said.

“I am also happy that my hard work paid off and that it is being recognized at an international event such as the U.S. Open. This award has motivated me to continue to challenge myself and to grow as a brewer.”

Morrison’s beer, “Saison du Temps Presse,” was one of four Niagara College entries to earn a nod at the annual championship. The college’s Teaching Brewery is on their Niagara-on-the-Lake campus.

“Being able to apply all that I have learned instantly and create something that seasoned brewers determine as better than the rest, is the best I could have hoped for,” said Courtney Nuttley, who led the class brew. “This [win] means a lot to me as a starting brewer.”

Now in its sixth year, the U.S. Open College Beer Championship is open to colleges and universities in the U.S. and Canada that offer courses in brewing.

A total of 11 schools participated in the 2022 edition, which premiered a new hybrid format that combined last year’s modified format with aspects of the competition from 2019 and earlier.

Each college was allowed to enter up to four beers of their own choosing, plus a beer from a specific category to be judged head-to-head according to the U.S. Open Style Standards. The category this year was German Kolsch.

“The ability for students to be able to enter a competition which includes other schools from across North America is an amazing opportunity, said Niagara College Brewmaster Jon Downing.

“Being judged by some of the best beer judges in the world, who are responsible for judging professional competitions, gives the students great feedback and experience in an international competition.”

For Grandguillot, the win was completely unexpected and somewhat validating.

“Brewing will be my second career, and it was a bit of a leap of faith to enter the program in the first place,” he said. “To have one of my first original recipes earning some recognition in an international competition is something I never saw coming, but shows that maybe I’m on the right track with my new profession.”

Likewise, Hand, who said his brew was inspired by his love for the yeast character of dark Belgian strong ales, said he was excited to hear of his bronze-medal win.

“I put a lot of thought and care into this brew and I’m happy that my efforts were noticed.”

The U.S. Open College Beer Championship, held at the U.S. Open Event Centre in Oxford, Ohio, is the only beer competition for beers exclusively from college and university brewing and fermentation programs. Entries can be brewed on any system on or off-campus that is approved by the professors/instructors.