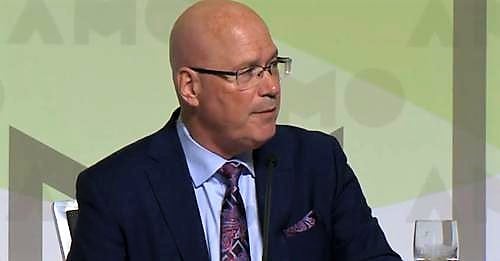 Niagara Centre MPP Jeff Burch just put on his NDP Municipal Affairs Critic cap to rail at Premier Doug Ford for allowing his “developer friends” to steamroll over protected farmland for their own personal gain.

And Burch said the MZOs are killing small communities.

“The people who live in these communities and all Ontarians will pay the price if wetlands and farmlands are paved over and infrastructure costs skyrocket. They deserve better than a premier who gives his friends whatever they ask for, no matter what it costs the rest of us.”

Recently, Ford granted an MZO to top Conservative donor and political ally Mario Cortellucci, a prominent developer who has benefited from at least five Ford MZOs to date.

The latest MZO will allow a development proposal by the Cortellucci-owned Cortel Group to build a massive community of 150,000 residents on farmland within Innisfil, effectively dropping a new city the size of Barrie into a rural community of fewer than 40,000 people.

“Ford is granting this MZO on environmentally-sensitive land, shutting down community opposition before it starts, giving another insider and donor whatever he wants, no matter what it costs the rest of us,” said Burch.

The Niagara Centre MPP added there is no way to justify bypassing the standard environmental planning process for a development proposal of this scale.

“It’s clear this is yet another lucrative gift from Ford to well-connected PC insiders.”